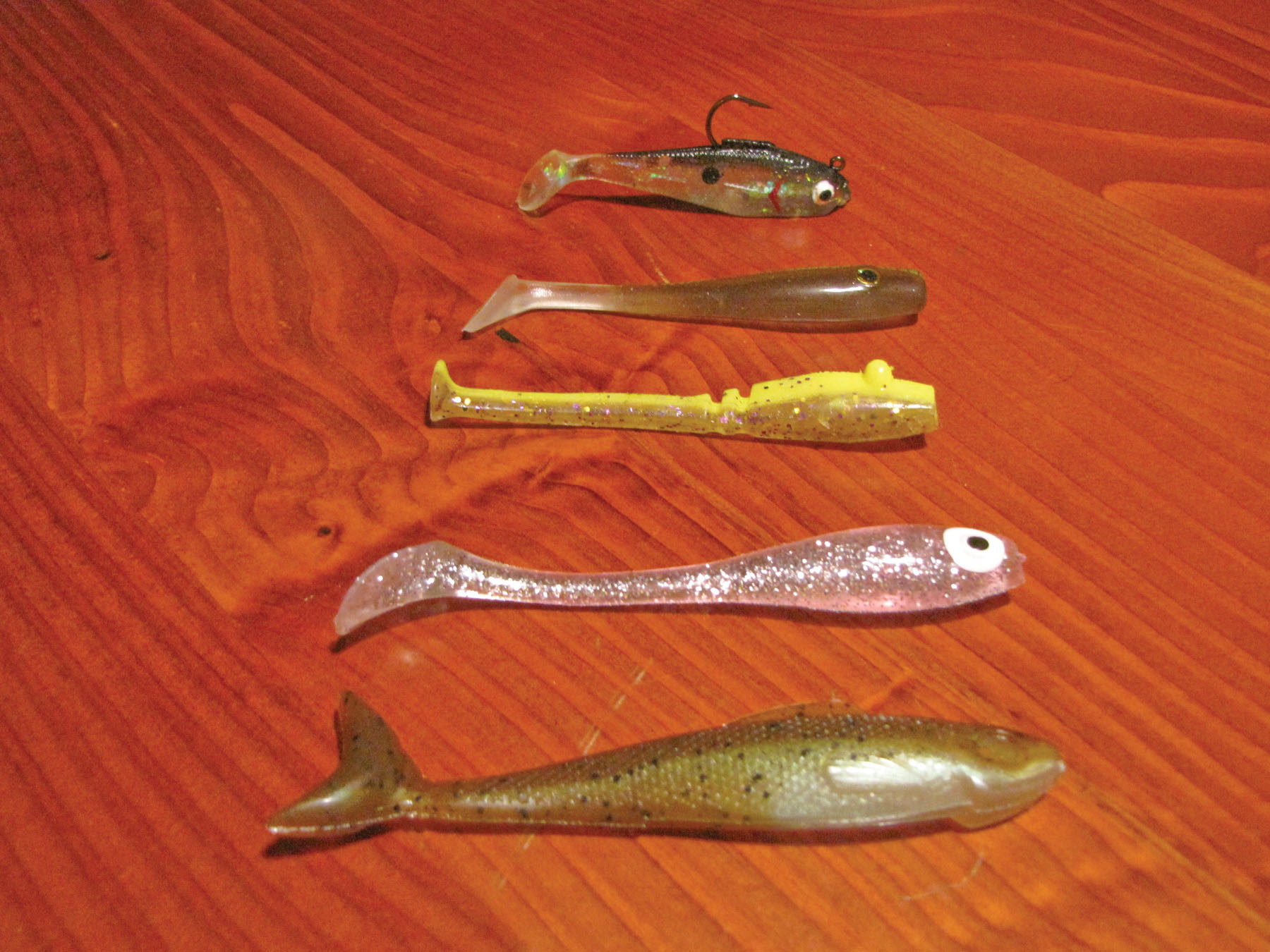 As a youngster growing up fishing every piece of water I could find from canals to stock ponds as well as the occasional trip to the river or lake, I can remember carrying what I thought was the ultimate arsenal of fishing lures. On the top tray of my little orange two drawer tackle box was always a couple of spinner baits because they were just money in the bank as far as I was concerned. Johnson's Beetle Spin and H&H's spinnerbaits in all manner of colors still in the packages filled the other compartments. In every shade of water from stale Yoo-hoo to gin-clear it seemed like those spinners would produce.

Fast forward a few years to high school and my first few trips into the salt or at least brackish water of the Sabine and it was like déjà vu. There was no way in the world I would ever get caught without a genuine 1/2 ounce Bill Lewis Rat-L-Trap in either chrome or gold. I have no idea how many casts I threw or revolutions I cranked on that old Abu Garcia 5500C as my fishing partners and I covered every shoreline over and over in the old "chunk and wind" fashion. Most of those trips that were really memorable usually coincided with cold weather and low water conditions. The sound put out by the "Trap" was more than most any respectable redfish could ever ignore and it made no difference what the water looked like because they would track it down and just absolutely crush it. The violent strike against cold numb hands is a feeling that is difficult to describe but something you never forget. I still enjoy fishing that same pattern to this day even though I don't do it nearly as much as I once did.

Again I roll the calendar forward several years and find myself doing many of the same things today. This has been the year of the swimbait, either soft plastic or hard crankbait style; these have been the staple of almost every fisherman's arsenal for months now on Sabine. If you took all these baits and lined them up it would be obvious what they all have in common and that is lots of vibration or noise. Spinnerbaits, crankbaits, swimbaits, and all the others in that category provide that telltale vibration that is the equivalent of a dinner bell to fish. The vibrations put out by these baits make it easy for fish to find them as well as trigger strikes.

I'm a firm believer in the fact that 90% of the time vibration will not hurt you. The majority of the fishing population spends nearly all of its time in two to six feet of water unlike skinny water gurus such as TSFMag's Mike McBride. The ultra-shallow crowd at times need the super silent approach afforded by other baits but that's a very specific style of fishing. In general the average fisherman will certainly help their cause with a little extra vibration or sound.

Another form of good vibrations is the common courtesy displayed toward stranded boaters. Not sure the reason but I have towed more boats back to the dock this year than I can ever remember. I felt like I worked for Sea Tow for a while during the summer as it seemed every trip we ended up running into somebody in need of assistance. It's amazing when you talk to folks who have been stranded for a while the number of boats that actually ran right by them as they were signaling for help.

Thanksgiving Day I got a phone call at 4:45 AM from a fellow duck hunter on my lease telling me his boat had quit running in a high traffic area of the marsh. I hadn't planned on hunting that day but I loaded up anyway to go help. The narrow winding canal was buzzing with hunters trying to make it to the blind before legal shooting time and it appeared that most of them were just blowing by the stalled boat. As I eased up to them to offer assistance I asked, "How many people stopped to check on you guys?" Much to my disappointment the answer was, "Very few, only two even bothered to slow down and just one asked if we were okay."

That just left me shaking my head in disbelief. In the past I have come across the same situation and offered not only to pull the guys in but to let them hunt with us first and then come back to grab the boat. You just have to figure that eventually those folks that don't stop to render aid will one day be in the position where they need help. I hope they bring plenty of mosquito spray for the long wait because like it or not that old saying, "What goes around comes around," just might come into play.

I have to say as this year comes to a close I have been really excited about the shape our fishery is in and the overall health of the Sabine Lake ecosystem as a whole. We are seeing some great specimens in all the major species. The redfish numbers are through the roof and the number of big flounder caught this year is mindboggling. About the only thing we have not seen so far is the big run on trophy trout. Now don't get me wrong when I say this because it's really nitpicking at it's finest, we haven't had that many really big trout caught this year. There have been plenty of seven pound fish caught and those are great fish by any stretch, but they don't turn heads like those that push up to nine and ten pounds will do. I'm hoping that some of those really big fish will show themselves in the coming weeks as we really get into the big fish mode. If they don't show that will be fine as well because 2011 was a really good year by anyone's standard. Here's hoping you and yours have a blessed holiday season.