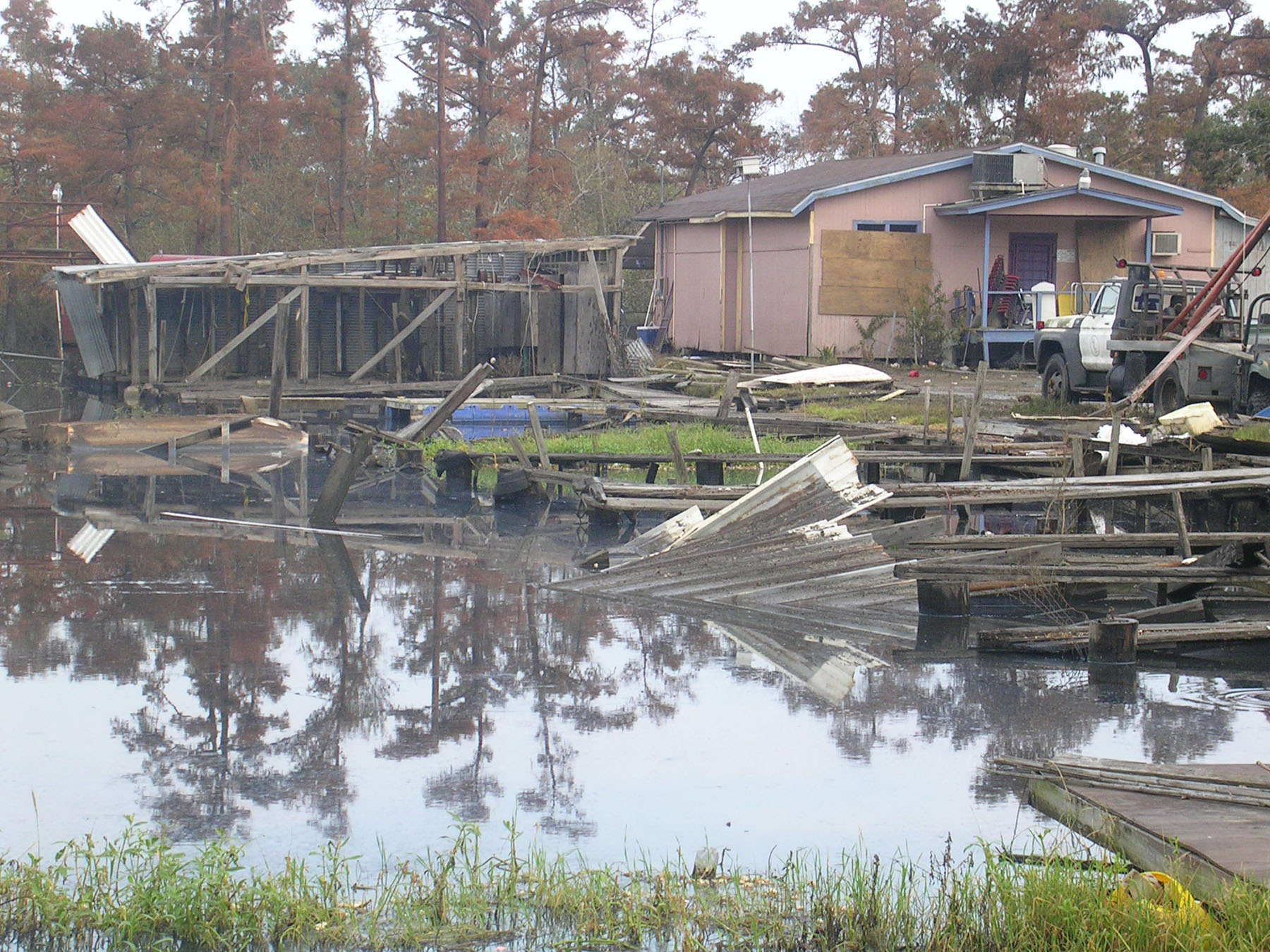 Like a super student in your toughest class, there is always someone screwing it up for the rest of us by elevating the curve. The most recent example would be the effect Hurricane Ike had on Sabine Lake as it pummeled the area with 100-plus mile per hour wind and a storm surge nobody thought possible. As this huge storm made landfall pushing anywhere from 10 to 14 feet of water over parts of Jefferson and Orange counties, the entire landscape began to change, literally.

Now instead of dwelling on all the negative effects that the storm had on our area and the people that live here, I would at least like to try and find something positive about the whole situation. For those of you who frequent Sabine Lake, be prepared for a whole different animal the next time you hit the water because plenty has changed. Entire land masses have shifted as huge chunks of the shoreline broke away and are now protruding into the lake. In my fishing seminars I often referred to Sabine Lake as one big cereal bowl that was relatively void of structure when compared to other bays. This is no longer true; thanks to Ike.

Since most folks are opposed to change you can expect some weeping and gnashing of teeth when fishermen show up to a favorite spot that is no longer there. Instead of lamenting over the fact that the “honey hole” is gone, take the time to search out new spots that have been created by the storm. There are plenty of new holes and guts all over the lake that are being discovered daily by local fishermen and I am sure there are plenty more yet to be found.

Some prime examples of places that have been changed forever are the shorelines near the Gator Hole, Bridge Bayou, and the flats behind Stewt’s and Sydney Island. The areas mentioned were some of the finest on Sabine Lake to chase trophy-class trout, the bottoms were hard and made for pleasant wading, and they always seemed to be full of bait and big fish. A large part of the Gator Hole shoreline has separated from the bank and has moved onto the flat we once waded; we can only wonder how this happened. Both Stewt’s and Sydney took serious beatings from the wind and water and the new guts that have formed there will serve as reminders of Ike for years to come.

Another area that got hammered was the north revetment wall on Pleasure Island. The road that led to the secluded launch on the far north tip is gone as are some of the huge rocks that made up the wall. I am sure this area will be full of all kinds of new structure that was deposited against the rocks; so let the exploring begin. The big flat on the north tip of Pleasure Island has numerous deposits of trees and other debris that will eventually become structure encouraging fish to congregate. The big rocks that made up the road on the north levee will also add to the bottom topography in that area and will certainly be fish magnets in due time.

The marsh has also been chewed up and spit out as a whole new project. I made a long loop through several of the areas I frequent from the refuge to the private stuff and you just can’t imagine how it has changed. I took my son, Hunter, and his buddy Conner Guillotte, and we were blown away at the things we saw. Storm debris ranging from refrigerators to picnic tables and propane bottles were strewn all over the place leading one to ask, “Where could it all come from?” Unusual stuff like couches, industrial equipment and complete walls with siding and doors intact left us scratching our heads. Timbers that were undoubtedly torn from camps or docks were everywhere, it was crazy.

Perhaps the biggest change came in the form of the rosseau cane. Places where it once grew are now barren and other places are piled high with it. Several lakes in the marsh were inaccessible due to the canals and ditches being choked with huge piles of cane. We could not get closer than a quarter mile from some.

We found backwater lakes that are now filled with small islands, chunks of shoreline that broke away and were deposited there. For many this would seem a tragedy. I like the extra structure they provide because the redfish tend to congregate around them. Remember we are looking for positives and catching more fish is certainly a positive.

The general landscape has changed as well. Acres of flattened vegetation reveal many small ponds we never knew were there. The whole thing is real eye-opener.

The fish population in Sabine appears to be alive and well despite a huge amount of fish washed up during the surge. I had white shrimp, croaker, mud minnows, and crabs in my swimming pool after the water receded. Tons of shad littered the streets of Orange and numbers of redfish, speckled trout, and others were scattered all over downtown.

The lake and marsh appear to be recovering as big schools of redfish continue to tear up the south end of Sabine and plenty of shrimp are still in the marsh awaiting the first good cold front to push them into the lake. What we need right now is a big tide of clean, oxygen-rich water to roll in here from the gulf and jump-start the healing process. The grand plan of the man upstairs is much bigger that any of us and He certainly knows best. The days ahead may well be as good as any we have ever known.

In the meantime there is a whole new lake to learn and the discovery process will be an adventure. I look forward to finding new areas to fish that were created from this storm and sharing them with readers of TSF magazine. I appreciate all the calls and e-mails from folks checking on us; that meant more than you will ever know.

I hope you get a chance to come over and see what the new lake looks like and take advantage of some the fine fall fishing sure to come in the weeks ahead. Be sure to proceed with caution because there are some obstructions in the lake so keep that in mind. Enjoy your time on the water.