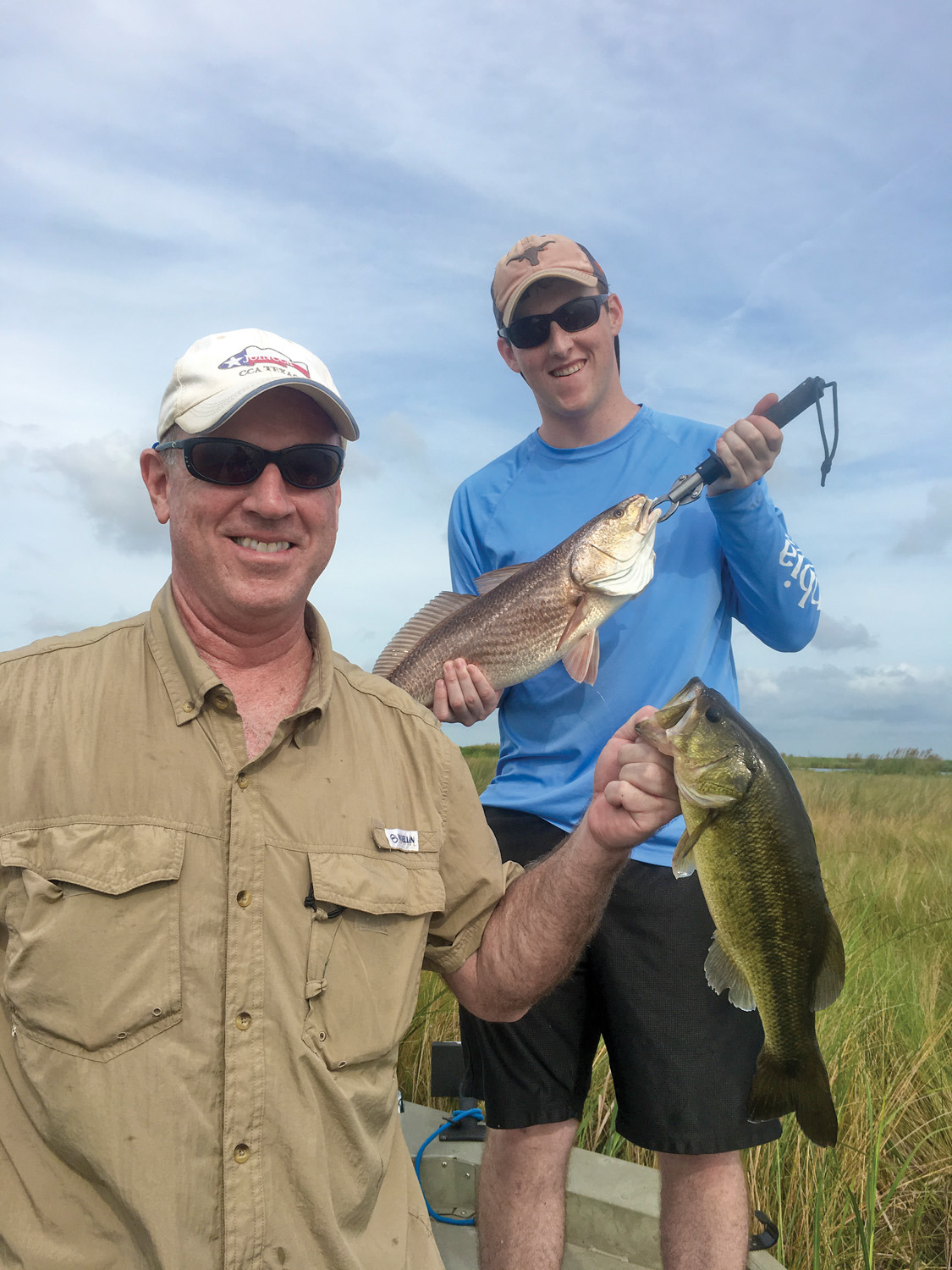 As long as I have been writing and presenting seminars I have professed my love of all things fishing. Regardless the venue, method, or species, I truly enjoy the sport. Sharing a day on the water with anglers of varied skill levels always brings out the best in what the sport has to offer. Watching inexperienced anglers get that first real taste of success is about as big a reward as a guide could hope to receive. The thrill and wonder in their eyes and voices reminds me why I enjoy introducing them to this fantastic pastime.

On the complete other end of the spectrum are the experienced anglers who offer a different type of reward, one that comes from many days on the water filled with success and failure alike. Those type of anglers who can truly appreciate how special certain things like big trout, leopard-spotted redfish, or any number of other truly remarkable events can be. To see an angler of great experience and advanced age reverently hold the caliber of fish that many could only dream of landing is memorable and a joy to relive each time you share the boat together.

Easily, the majority of fishermen just want to catch fish and the method in which they do it is not really all that important. There are however those who cannot imagine nor care to entertain the thought of fishing a style or technique different than what they normally use. To some degree I can appreciate this mentality but I personally don’t subscribe to that line of thinking.

I have my own preferences on methods, gear, and tackle but I also have no problem trying a new style or reverting to an older technique to get a bite. Some of the absolutely best days I have ever had fishing revolved around standing on the bank of a stock tank watching your basic red and white bobber do its job. We can all tell stories about our childhood and how we got started fishing by chasing bream at the local pond, that’s not a new story but it’s certainly a good one.

I can fast forward that story about 25-years and get an even bigger kick out of it. Dickie Colburn, Johnny Cormier and I had just completed our two-week Coast Guard captain’s license school and it had been far too long since either of us had been on the water. On the last day of the class we had an extended lunch period so we made a break for a small pond that was owned by our good friend Ronnie Robison. Ronnie always left a small cane pole and a little jar of Berkley Gulp baits that his grandkids used near the pond so anyone who had a youngster could always fish. The three of us nearly fought to see who got to catch the first fish. Three grown men huddled over a bobber and cheering every bite as if we had just won the biggest tournament in the history of fishing. I will never forget that.

Now with all that said, it’s understandable that some folks won’t change their tactics, or at least change them willingly. I always enjoy seeing folks who are dead set against fishing a particular way finally give in and try something different, and actually enjoy it. More often than not, the ultra-hardcore guys who have sworn a solemn vow to either go artificial or fly only, will never give in and probably not budge an inch so we can basically write off that tiny portion of the population. As for the rest of the world, there is an array of opportunities out there for you to try. Using a different method doesn’t make you less of an angler, on the contrary, it makes you more versatile and ultimately catches you more fish. Let’s take a look at those that are willing to just go with it and try something out of the ordinary.

In general, there are two groups who will switch tactics when necessary. First are the “open-minded” fly fishermen. I say open-minded because these folks are usually converted conventional anglers who were seeking another way to challenge themselves and they chose fly fishing. Most of these are anxious to learn how to become better fly anglers but are not so stubborn that they won’t try something else. A typical example would be an angler on the front of my skiff trying to conquer the mystery of a double haul in a 15-plus mile per hour wind and becoming increasingly frustrated by the minute. At a point like this I politely offer a spinning rig so the day can be salvaged and the angler can do what they came to do – relax, catch fish, and generally enjoy their time on the water. After a few casts with the conventional tackle and perhaps a fish or two, the stress level diminishes and an enjoyable time is had by all. By being willing to change up the gear and tactics, the angler has now taken advantage of the situation rather than letting their pride and undesirable conditions get the better of them.

Next the anglers who just cannot imagine themselves throwing anything but artificial lures. I applaud their efforts and their single-minded loyalty to lures. There are occasions though when the fish in the open lake just refuse to cooperate or weather intervenes. One of the best alternatives for us here on Sabine is to retreat to the deeper water of the Sabine River and set up shop. I have spent countless days anchored along the breaks, catching terrific numbers of fish, smiling the entire time. On more than one occasion I have been able to convince the artificial-only folks to come over to the dark side and throw a live shad with me. Once that first really good trout comes to surface, followed by another and then an even bigger redfish, all that fierce loyalty to artificial lures goes out the window, at least for the rest of the outing.

The name of the game is enjoying the sport, not punishing yourself for the sake of being hardheaded. Anglers that relent and actually give the live bait program a chance usually end up having a good time and are genuinely happy to salvage their day. Free time is valuable and there is no reason to pass up the opportunity for a good day when our preferred techniques are non-productive.

We have had an eventful first half of 2017 and the second half looks to be even better. The fresh water that has plagued us has also blessed us with some other opportunities. My redfish trips have become more multi-species events as the largemouth bass have shown up in the marsh in a big way. We are catching our usual redfish and plenty of bass as well on the same topwater plugs and soft plastics under rattling corks. The pattern has been the same and that should continue to be a solid option. Now that the wind is finally letting up the open lake is kicking out some great catches of speckled trout under the birds and a few big fish for the waders. I am certainly looking forward to the coming months as everything from the gulf to the rivers will just completely go nuts. Lots of options means great things for the fishermen and that’s exactly what we all want.