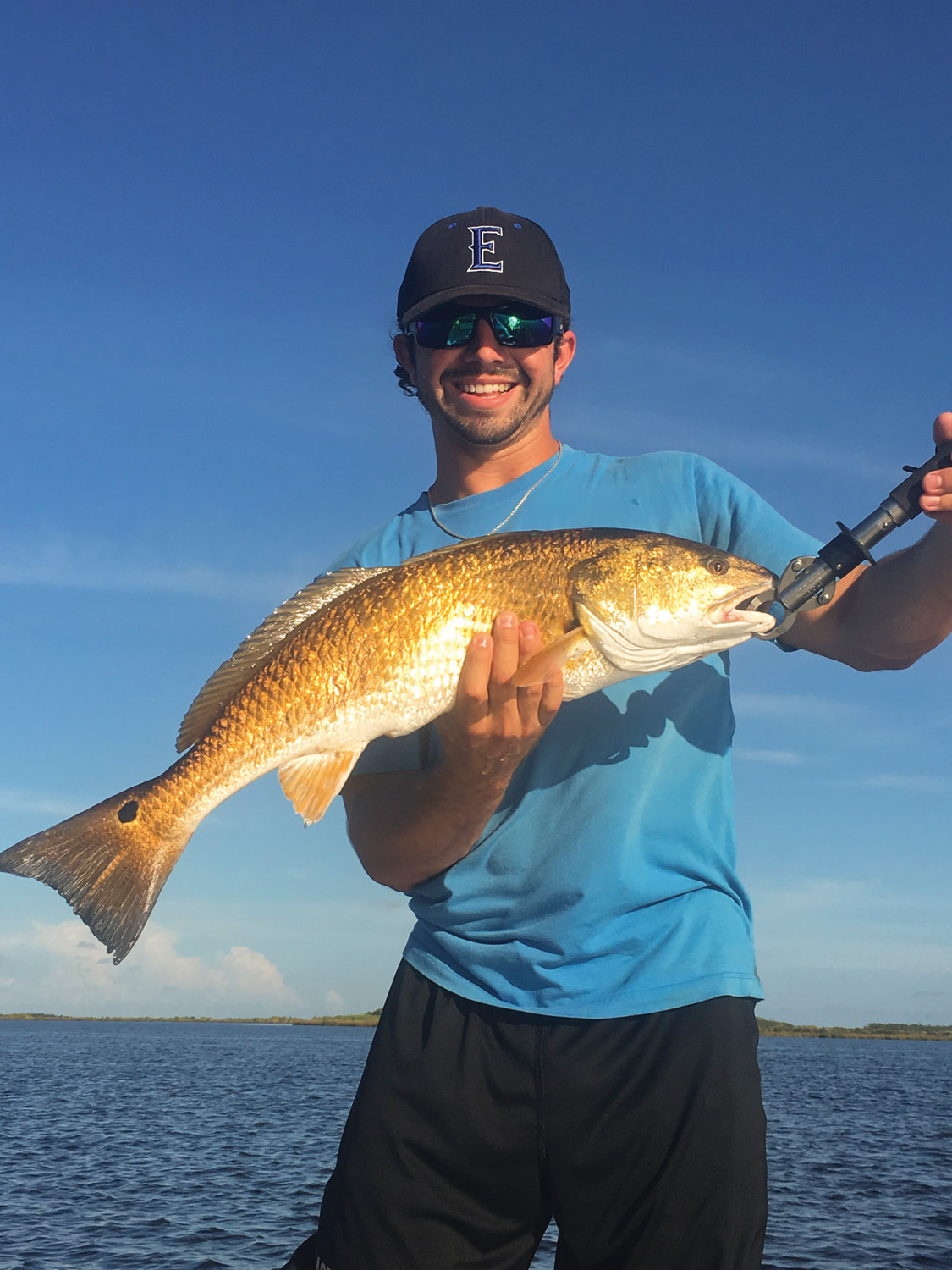 Hunter Uzzle showing off a beautiful Sabine redfish – one of the many angling options of the late-fall season.

The end of the calendar year is in sight and there are still plenty of things left to accomplish for most of us. Many businesses go into “slow down” mode as they wait for the New Year to provide a new budget and opportunities. On the contrary, anglers and hunters are far from slowing down as they stare directly into what many consider the best time of the year. Late-November and December offer some of the finest trophy potential for everything from big speckled trout to South Texas mega-whitetails.

Pursuing trophy fish and game animals takes some preparation and attention to detail to maximize success but sometimes there are just not enough hours in the day to do it right. In order to maximize your efforts at this time of the year you may need to prioritize your goals and then adjust accordingly. Whatever you decide to pursue it’s important to remember that a few things are non-negotiable and must be accounted for in order to achieve success.

Easily the most important factor to consider at this time of the year is the weather, specifically the temperature. Normal activities, such as fishing, present a completely new set of hazards when the temperatures drop compared to the much more comfortable summertime conditions. It goes without saying that several things change when the temperatures drop and Old Man Winter pays a visit. Simple acts like wading take more thought and precaution due to the potential for hypothermia as well as basic comfort. Just running across the bay can be an adventure as the tides are the lowest of the year during the winter months. Ultra-low tides expose plenty of obstructions that would otherwise present no problem to most boaters. Hitting a submerged object or even running aground on a mystery sand bar or reef is nobody’s idea of a good time. Keep this in mind as we head for the home stretch of 2017.

Now, besides keeping up with the weather, it’s much more fun trying to keep up with all the fishing options this late season presents. Several options jump right off the page and few are as highly anticipated as the annual flounder run. Catching a limit of trout or redfish is fine but, when you start talking about table fare, very few Texas anglers will turn their nose up at the potential for a flounder supper. If you don’t think the fall flounder run is serious business, just go by and check out the major passes from the bays to the gulf and start counting anglers lined up shoulder to shoulder for a shot at these fish as they make their spawning run to the gulf. Bank anglers rejoice as their opportunities for success grow exponentially when the flounder exit the marsh and fill the passes, making them much easier to access.

The full moon during the first week of November will be like “last call” at the saloon for flatfish as they will head for the gulf in large numbers. Some of the biggest flounder of the year will be caught this month and that fact has not been lost on Texas Parks and Wildlife as they will enforce the “November Limit” of only two per day instead of the normal five. During November, Texas anglers are also only allowed to take flounder by means of pole and line – gigging is prohibited. Be sure you pay attention to the November exceptions – violations can prove expensive!

Probably the most popular bait used on Sabine for catching flounder during the late-fall run is any member of the Berkley Gulp! family, especially the 3-inch and 4-inch Swimming Mullet, AKA Curly Tail. Popular colors are chartreuse and pearl. Stocking up before the run gets underway is advised as these things can get plum scarce in local shops once the bite gets rolling. Other popular offerings include small swim baits and, of course, live bait when you can get it.

Patrolling the shallow flats along the ship channel from the Causeway Bridge to the jetties will be about as complicated as it gets if you are in search of flounder. Find one and you are likely to find several more. Patience is required. Probing an area thoroughly once you get a bite is essential and often pays big dividends.

If hustling flounder is not your priority, have no fear because other options can be just as rewarding. Many anglers wait all year for stronger cold fronts associated with the coming of winter to purge the marshes of shrimp, and kick redfish and trout schooling action into high gear. Very few things put a smile on my face like entering the open lake and seeing flock after flock of gulls working over schools of hungry specks and reds. Generally speaking, saltwater anglers rejoice on these days as the later in the year it gets the lighter the traffic is on the bays. Hunting, football, and holidays take precedence for many.

Standing on the bow and having your choice of multiple schools of fish without another boat in sight is the saltwater equivalent of winning the lottery. If you choose to chase these schooling fish, remember to be courteous of other anglers. Nobody wants to take something as enjoyable as fishing and ruin it with some unnecessary nonsense and stress that comes from horning in on another boat already working a school. Bay rage can be every bit as ugly as road rage. Treat your fellow angler the way you want to be treated and things usually end up working out just fine.

Now that we have established that there are a ton of patterns to choose from this time of year, it’s really hard to keep up with all of them and it’s probably a good idea to step back and consider a few things that we tend to overlook. The winter months provide both ends of the spectrum as far as weather goes, so on the days when it’s not safe to be on the water, take a good look at all your gear and assess things that need to be repaired or replaced.

I recently had the unfortunate experience of blowing a tire and breaking a leaf spring on my boat trailer while on the way to the boat ramp. Nothing is worse than being broke down on the side of the road in the middle of nowhere, especially when you have people waiting on you. After several hours of “primitive roadside maintenance” I managed to get my boat back home where I could really look at things. It was at that point when I found another spring in really bad shape and decided it was time for a full replacement of springs and tires on both axles.

The peace of mind gained from knowing all your gear is in top shape is priceless. My recommendation to all boaters is, don’t cheat the maintenance schedule. Putting it off to pull another trip or two has a way of haunting you at the worst possible time.

Enjoy your holidays at home and on the water.