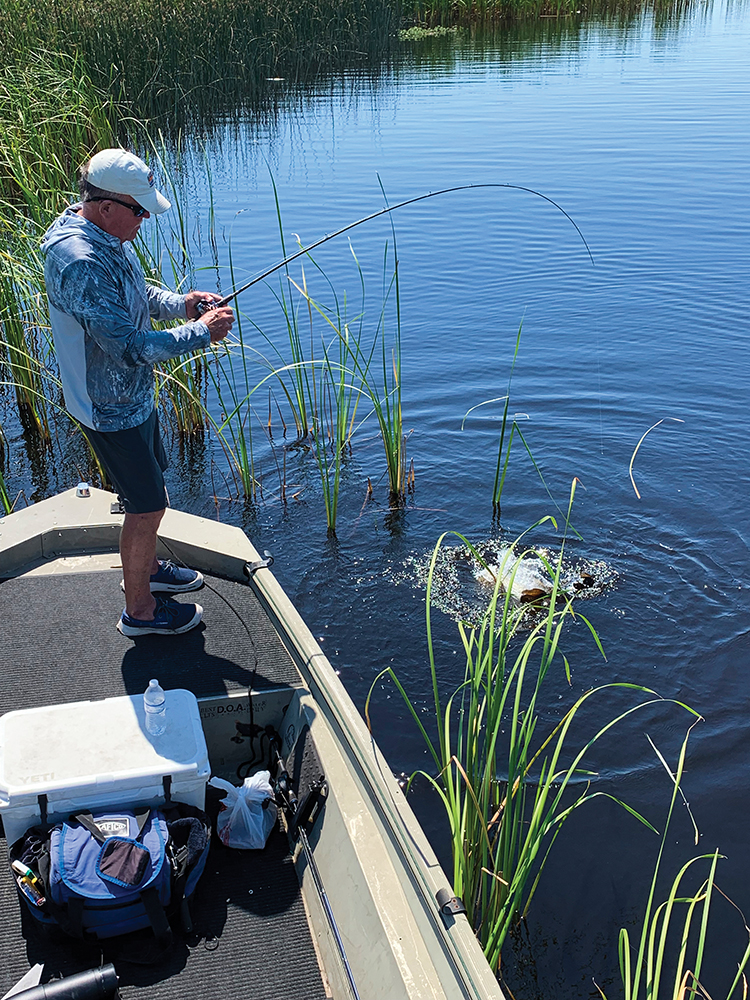 Once again our little puddle of a bay system called Sabine Lake was the victim of a violent storm and her name was Laura. When Laura made landfall to our east, about twenty-five miles or so, somewhere over Cameron, she was packing winds that reached within a few miles-per-hour of qualifying as a Cat 5 hurricane. And that’s as bad as it gets.

Small communities like Holly Beach, Johnson’s Bayou, Creole, and obviously Cameron, were absolutely devastated by this ultra-powerful storm. Storm surge and extremely high winds wreaked havoc on those folks and it remains to be seen how much it changed Calcasieu Lake and the surrounding marshes. The effects will not be fully understood for some time and there will be a process of exploration and discovery for many anglers and also hunters who travel the wetlands along that coastline. Sabine anglers were spared in comparison but there was still plenty of damage to go around.

So far this summer our fishing had been the best we have seen in several years and appeared to be headed back in the right direction; like the “good old days” we have so sorely missed. Hopefully, we can continue to make progress and the aftermath will be minimal. Until we get it all figured out all you can do is make the best of the situation and go fishing.

One thing I see commonly is how some anglers fail to fish an area thoroughly before they speed off for a new location. Fishing in this manner can be quite unproductive, especially in the fall when fish tend to gather in large schools. Saltwater anglers who chase schooling fish on the bays, along with their freshwater counterparts who also key on flocks of birds hovering above hungry stripers, hybrids, and whites, are equally guilty. The frenzied activity puts everyone on the boat in high gear, often leaving the majority of the water column untouched before they crank the outboard and zoom out of sight.

It’s a proven fact that smaller more aggressive fish will be the first to attack a bait, so consequently, the “speed fisherman” may never see what caliber of fish is lurking lower in the water column. Savvy anglers will let a bait sink below the surface melee and are more often than not rewarded with better quality fish. Saltwater enthusiasts often find better speckled trout and redfish below the swarm of small trout hustling shrimp and shad near the surface.

A productive technique is to allow the smaller fish to hit the bait but not set the hook, which allows it to sink deeper where the big boys play. Some anglers will actually cast beyond or to the side of the surface melee and then crawl their baits along bottom. The action is by no means fast and furious but quite often the ticket for finding the best specimens the school has to offer. Not easy when everybody else is hooking up every cast but quite often worth the effort.

By taking the time to patiently work a school of fish with a slower retrieve, and perhaps a larger lure, anglers can effectively avoid the small ones. The smaller fish will peck at the larger baits while the better fish will usually strike them with gusto. This slightly different approach proves itself in some of the strangest ways. Think about how many times you have caught a fish while dragging your lure as you were clearing a backlash. Makes you wonder…right?

If we could actually see our baits during our retrieves, we would likely be surprised to learn how little of the water column we are covering. Most of the time it’s only a few feet near the surface. This is not to say that burning a lure at high speed does not have certain applications, but it’s pointless to argue against the success the slower retrieve produces when they’re schooled and feeding greedily.

Speaking of slower approaches, one that comes to mind is dropping anchor on drifts instead of dropping buoy markers. In years past we would make long drifts down Sabine Lake, catch some fish, and then repeat the drift and catch more in basically the same area. It was like fishing on an escalator; you just went round and round until the fish quit biting.

One day on Calcasieu I got schooled by a local on a better way to go about this process. We were fishing the same basic area but going about it quite differently. The local guy was sitting on anchor while I continued to make drift after drift on the same line. After about three passes I heard him remark to his buddy, “That guy has a beautiful boat; shame he couldn’t afford an anchor.” I quickly adopted his style and it has paid big dividends ever since.

If you watch these guys, they keep the anchor real handy. One or two bites in the same area and they ease it over the gunwale and fish the area thoroughly. Same thing with a Power Pole if the depths allow such. Usually, these patient fishermen wind up catching more fish, while those who continue drifting miss out on most of the action. I am sold on the technique because it works; we use it religiously in springtime down on the south end of Sabine Lake.

Taking the slower approach a step farther, learning how to anchor properly over deeper structure can be crucial to success. One day many years ago, Capt. Dickie Colburn and I were fishing a stretch of the Sabine River where we knew a herd of redfish had been staging. For whatever reason we just couldn’t connect with them that day until we adjusted our position on the anchor by letting out another thirty feet of line. Turns out that small adjustment put us into position to allow our lures to be swept across a submerged point the reds were lying behind to escape the current. Sometimes a few feet makes all the difference between a great day and a goose egg.

During the coming weeks, your patience and abilities will be tested not only by other anglers but by the elements and the fish as well. A more controlled approach will pay huge dividends as the crowds descend on the bays to enjoy great fall weather.

It never fails this time of year; everybody hears how good the fishing is and the herd thunders toward the coast. Regular anglers know this is coming so they adjust accordingly and make do best they can until the crowds diminish. Remember there are plenty of fish out there for everyone; stay calm and patient because fishing is our sanctuary, and the actions of someone else should never be allowed to ruin that.

Enjoy the fishing and cooler weather, and be sure to share the outdoors with someone who may not know yet just how wonderful it really is.