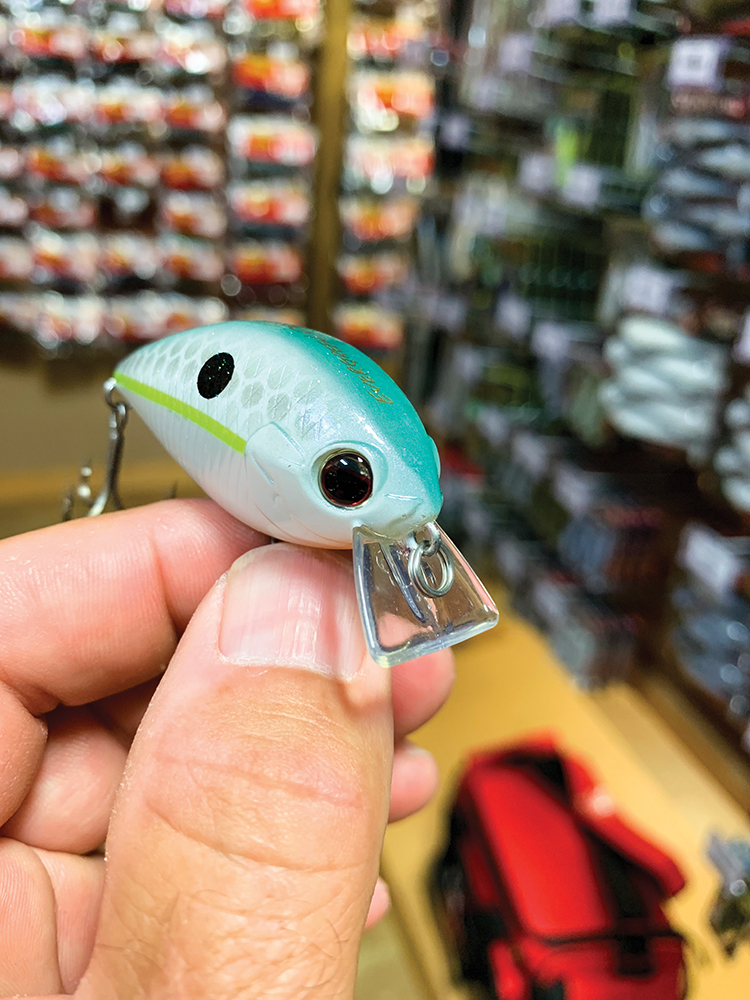 Small square-bill crankbaits are fantastic search baits in shallow water and back lakes.

I recall in vivid HD that first bone-jarring thump, delivered courtesy of an upper-slot redfish, smashing a Bill Lewis Rat-L-Trap. The discomfort of the mid-30s air temperature quickly faded as the drag sang in protest and monofilament line peeled from my reel – the brute at the end of the line headed for parts unknown. My love for saltwater fishing started that day and it continues to grow exponentially every year.

That modest beginning was made possible by my good friend, Chris Gunn, my next door neighbor and avid river fisherman, who has certainly caught his fair share of quality fish. Chris loved redfish and he really liked catching them in winter. We would launch his old Grumman aluminum boat, that had the structural integrity of overcooked fettuccine, and head south on the Sabine River. If you were lucky to win the coin flip at the dock, you could lie down in the bottom of the boat and keep warm during the chilly ride. The not-so-lucky driver had to suffer the elements head-on.

Once we reached our preferred stretch of riverbank we did what we always did, chunk and wind, for hours. Our main offerings were quite limited; one or two colors of as many sizes of the aforementioned Rat-l-Trap. The colors were either chrome or gold and the size was either a half or three-quarter ounce. Just like the big muskie’s up north being known as the fish of a thousand casts, that’s exactly what the wintertime reds were for us. The only difference being that when we found one we usually found a bunch.

The way we fished “traps” was by no means technical; it was more of a war of attrition wherein the guy who covered the most water with the most casts caught the most fish.

The Rat-L-Trap was the perfect search bait and the redfish would just annihilate it. The trap had everything going for it, the right noise, perfect size, easy to keep in the strike zone, and it just flat caught fish. Back then I couldn’t imagine leaving the dock without a couple of those baits at the ready, and to an extent I am still that way, albeit with a few subtle variations.

Lost in the shuffle of today’s tackle world, especially in saltwater, is the crankbait. There are many versions and they all have a place in your fishing arsenal. Anyone who knows me would be quick to point out the fact that I love the slender “stickbait” versions of crankbaits and I throw them regularly. I find them especially effective for fishing shallow shell as they just dig around in the structure and tend to illicit heavy-duty strikes. They are also great for folks who can’t quite get the hang of fishing a Corky or other neutrally-buoyant offering because they will stay in that perfect strike zone or depth with little effort. The bonus is that they catch as many fish as other baits while providing increased angler confidence during the experience.

Staying in the strike zone is perhaps what makes the crankbait so productive when compared to other lures. Many anglers tend to “ignore” a large portion of the water column when then they fish, unfortunately. For example; let’s look at what happens when an angler goes from a topwater plug to a soft plastic. Even if the angler is skilled enough to throw a lighter jig they still have difficulty keeping that bait in the strike zone if the fish are not on or near bottom. Fishing deeper than four or five foot depths with soft plastics is actually rather difficult if you really think about it. Variables like wind or current tend to change the way the soft plastic is fished and the percentage of time that the bait is actually in the strike zone is greatly reduced, more so when those fish are suspended. The proper choice of crankbaits makes it much simpler to keep the lure running at that perfect depth for longer periods, which naturally produces more fish.

I have seen deep-diving crankbaits with larger bills, worked as deep as twenty feet on fast retrieves along jetty rocks, and they absolutely destroy fish with incredible efficiency. Lipless models like the Rat-L-Trap and Hoginar also shine in situations like this where fishing deeper water or covering lots of water is a must. On the other end of the spectrum, I have also seen shallow-running crankbaits with smaller, square bills retrieved a foot or so below the surface do a number on both trout and redfish.

Small square-bill crankbaits are a fantastic search bait in the back lakes and marsh ponds whenever the vegetation permits their use. The tantalizing side-to-side wobble is just too much for a redfish to resist. Perhaps the only drawback to fishing shallow-running crankbaits is that they frequently end up in the back of a redfish’s throat, which can make removing the lure a tricky task in order to achieve a healthy release. Keeping the right tools for the task readily at hand is strongly recommended. Mashing the barbs on treble hooks can make it quite a bit easier.

Crankbaits are versatile. Variables such as speed of retrieve, line diameter, and shape and size of their bills all factor into how they can be adapted to a wide range of fishing applications. Obviously, the faster or harder you crank them during the retrieve the deeper they will run. If you are inclined to dial into a specific depth, you may experiment with different line sizes to achieve the perfect running depth. Rule of thumb suggests that thinner line diameter creates less drag in the water, allowing the plug to dive deeper. Likewise – thicker lines contribute to running them just below the surface. Believe it or not, I’ve seen freshwater anglers rig five different outfits – same rod and reel and crankbait – each with different line size. Talk about searching for perfection!

Bill design will generally dictate how deep a bait swims, and how much wobble or side-to-side motion the angler can impart. In a nutshell – the wider the bill the wider the wobble. All of these factors give the angler almost limitless options for enticing fish to strike…and greater confidence in using them.

My personal favorite crankbaits are the smaller, square-billed models that run about a foot under the surface. The Mann’s 1-Minus and Baby 1-Minus can be money in our area marshes. I also throw plenty of stickbaits like the old ThunderStick, Rogue, and Redfin, along with several of the Yo-Zuri baits. I absolutely love the versatility of presentations you can create, especially when drifting water that’s really just a little too deep to wade. Stickbaits will run down in 2-to 4-foot depths and stay there with minimal effort, which really maximizes your cast and allows you to cover more water more thoroughly.

It’s amazing to me how many saltwater anglers never entertain the option of crankbaits and stickbaits. Probably because they don’t get near as much press nowadays as the host of higher-profile and traditional offerings. I can promise you that if you experiment with these baits you will see just exactly how well they produce and how much they deserve a spot in your tackle bag.