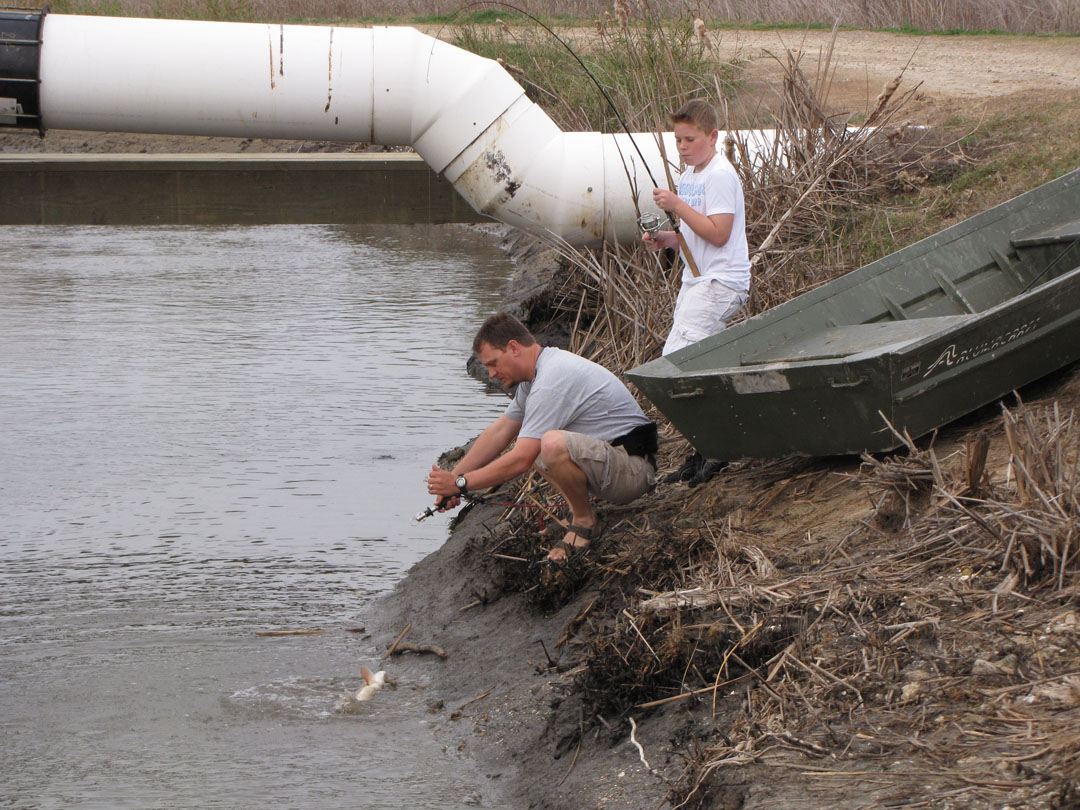 Anglers are always trying to figure out exactly what is going on with everything involved in a day of fishing. To the best of our ability we take events from past trips and factor them in and create a pattern for the day. Patterns for weather, seasons, water conditions and all other types of situations exist courtesy of detailed logs and very good memories. The one thing that all these patterns have in common is a degree from the school of hard knocks. There are very few people who can claim a master's degree from this school as can professional fishermen, crabbers, shrimpers, and anyone else who makes their living on the water. These folks have seen it all and are about as good as it gets when it comes to understanding what is really going on with the creatures of the sea.

I always get a kick out of hearing people, including me sometimes, trying to explain what a fish is thinking or why they react or relate to a particular lure as though they are a fish themselves. I am constantly asked, "Why are those fish acting like that?" or "How come they are biting like this?" To be honest, I can't tell you why fish act the way they do, all I can do is reflect on prior experience and then try to figure it out, just like the next guy.

Here on Sabine and Calcasieu the upcoming summer will be another round of discovery as we try to figure out just exactly how the past year's hurricane will affect the fishing. It's no secret that I have developed a true fondness and appreciation for all the back lakes and marshes that cover our part of the coast. I probably spend more time in the marsh than I do in the open lake anymore, and I have grown to truly love these places. Since I spend so much time there I would like to think that I have a reasonable amount of knowledge about the area but sometimes I wonder. Regardless of that fact, I have made a couple of observations and I am curious to see how they play out.

Prior to our first major hurricane in a long time, the local marshes were slam-full of oversize redfish. This was a dream come true for a guide; tons of fish, all too big to keep, nothing to clean, and happy clients. Talk about a perfect set up, I was in heaven until Hurricane Rita showed up and crashed the party.

Rita came ashore to our east so we had big north winds in conjunction with ultra low barometric pressure that allowed an unbelievable amount of water to be sucked out of the bayous and marshes. There were several folks I know who stayed through the storm and gave eyewitness accounts of the local bayous almost going dry as Rita made landfall, and then all the water rushed back in as everything equalized.

We noticed some major changes following this massive event. Gone were the huge schools of oversized fish that had been there for many years. It seemed the marsh redfish population started over; small redfish were everywhere and they were there in great numbers. Two years later the fishing was fantastic. We caught tons of perfect slot-sized, tournament winning fish. Then came Hurricane Ike.

As we all know Ike crushed the upper Texas coast and brought a mass of water like we have never seen in these parts. It remains to be seen the full effect that storm will have on this year's fishing. For the most part, Sabine Lake and Calcasieu have shown no ill effects; as a matter of fact winter 2008/09 was just fantastic on both bodies of water.

TSFMag's own Captain Dickie Colburn, a veteran of both bodies of water, told me he had his best year ever on big trout as 2008 closed out with a flurry of fish over 28 inches. "I have never seen or caught that many fish over 28 inches in my life," said Colburn, "I never would have thought it could have been that good" he added.

When a guy that has as many years on the water makes that kind of statement, you have to take notice.

Now it's understandable that the main body of the lakes would be able to bounce back with a few tide changes and some "normal" rainfall, however, the marsh is another animal all together. That deluge of super salty water will no doubt have an affect as vegetation dependant on fresh water was drowned for days by the Ike surge. Local duck hunters were worried that the grass the ducks depend on would be gone and the season would be a bust, they were wrong. The grasses that died off came back strong and the duck season was actually much better than predicted.

So far, after making several scouting trips, the jury is still out as far as fishing goes. Early in the year the clarity is off so actually seeing fish is tough. The presence of bait is a good sign as many of the back lakes are loaded with mullet already and there were still some shrimp to be found. I have, however, been able to find a few redfish in some of the Calcasieu marshes since they typically hold less brackish water vegetation. Several of the back lakes that hold good concentrations of shell have been giving up some nice catches of redfish on the lower end of the slot.

One of the bigger impoundments on Sabine Lake is a private hunting club that was also crushed by the storm surge. All the freshwater areas that were built to hold ducks were swamped with saltwater and had to be drained. During the draining process the water was pumped into a canal and when the water was reduced it was amazing to see how many redfish were left there, it was crazy. According to the landowners they were going to keep enough water there so the fish wouldn't die and they would still be there when the ponds filled up again. In the meantime that canal has turned into the Holy Grail of redfishing, they pounce on anything you offernice place to spend an hour or two.

Well now that the temperatures are climbing and everyone has a severe case of cabin fever I guess it's time to go back to school and continue working on that "shade tree" degree. The learning curve on Sabine should be great this year and I certainly hope the fish will cooperate. I guess if the wind won't calm down we may have to change our majors to meteorology instead.