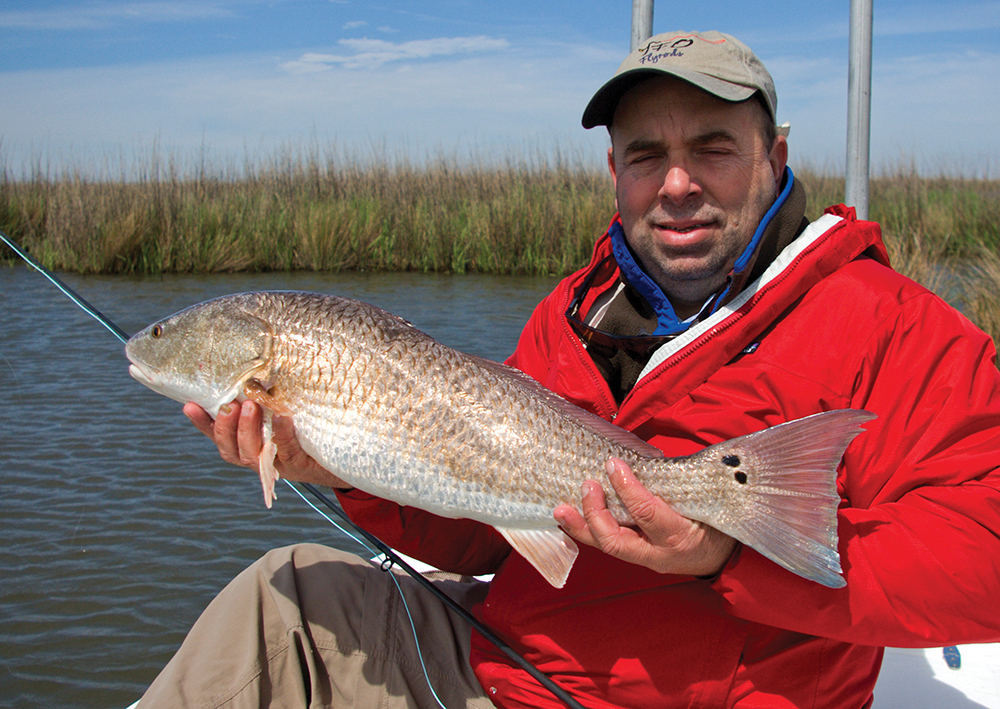 Finding water that is often overlooked is the key to success on those days when the bite gets tough.

How many times has it happened to you? The night before a planned fishing trip you check the weather and it’s forecast to be perfect, drop dead gorgeous, chamber of commerce approved. Light winds, four tides, and virtually zero influence from the moon puts just about every conceivable odd squarely in your favor. The morning comes and everything is just as advertised, the flags droop as if scolded by the fact the wind has yet to ripple them and, just for good measure, there are no trucks at the launch ramp when you arrive. You think to yourself, “This is glorious. I’m going to fill the boat with fish!”

Then it happens, under the most perfect of conditions you can’t buy a bite, much less get on any kind of recognizable pattern. Plans A, B, and C all fail you and panic sets in. So what are you going to do now?

So the scenario I created is no doubt exaggerated but it goes to serve as an example of what can and will eventually happen if you fish long enough. It’s inevitable that you will someday get the best conditions imaginable and you won’t be able to buy a fish with a $100 bill – it’s called fishing and not catching for a reason.

At times like this you can either take your whipping and head for the dock or try to unravel the puzzle. For many fishermen the thought of solving the puzzle is what drives them, it’s the challenge of interpreting and processing all the information to reach a desired outcome. Many fishermen already do the “puzzle solving thing” without even realizing it, it’s just natural to some. Others will need a little more time or information to solve the problem.

As of this writing Sabine Lake is a fantastic example of having all the factors in your favor and finding out that the fish just refuse to cooperate. It would take me a while to sit down and think about a time when we have had such incredibly good conditions and the fishing has been so difficult. Water clarity has just been absolutely off the charts and the salinity is not far behind. I find myself staring at my prop wash almost more than I look forward because it’s just so clean, clear, and emerald green. We have all manner of creatures swimming around and under normal conditions the fishing would be off the charts. Dolphins, sea turtles, rays, and plenty of sharks are making their presence known on an almost daily basis. Recently I was deep in the marsh chasing redfish and was startled to look down and see a 3-foot stingray casually sliding across the grass-covered bottom. That was an eye opener for sure but what happened next blew me away as I caught a largemouth bass that was riding piggy back on the sting ray like you expect a ling to do. All I could do was shake my head and add that to my list of things I’ve never seen.

Going forward in anticipation of the fall, most fishermen on Sabine Lake are cautiously optimistic that the fishing will rebound and hopefully resemble something a little more normal. I’m sure that there will be a few different patterns emerge that will be uncommon for this time of the year but at this point and under these circumstances all bets are off, so we will do whatever it takes to produce fish. It’s highly likely that instead of the wide-open chase-the-birds pattern that we all look forward to may actually get replaced by more wading or fishing on anchor over specific small pieces of structure.

The one common factor during the summer was that when you were fortunate enough to find fish they were generally concentrated in one area and there were more than a few fish in those areas. Look for many of the smaller reefs and shell pads that typically produce in the spring to pay big dividends this fall. Stealthy presentations and approaches are a must, don’t disturb the area if at all possible, and that means taking care to fight or lead fish away from those spots before attempting to land them. Most folks have no idea how bad they can dirty-up an area with a misplaced trolling motor in the mud or allowing their boat to encroach too close to the structure. Miscues such as these can completely shut down a productive bite. Hopefully the fall will be as close to normal as possible and we can put the strange summer behind us.

Speaking of the fall, it’s difficult for many of us to not have thoughts on both fishing and hunting at this time of year. Texas outdoorsmen are notorious for packing a shotgun and a fishing rod during these special months because there is a virtual endless supply of opportunities. Both dove and teal hunting will be in full swing as the 2018-19 season gets underway all across Texas. Coastal marshes and prairie rice fields will be hotbeds for those early season hunts that many have been so patiently waiting for. There will be many who take the fall a step further and participate in a “cast and blast” which is to both hunt and fish on the same day. There are very few things that come to mind that symbolize the fall like a cast and blast, it’s the epitome of Texas outdoors because it encompasses the best of both worlds in the greatest state in the union.

My own personal excitement for the fall is a bit tempered and somewhat subdued as I write this. My oldest duck dog, Sally, who accompanied me in the field for 14-years has died. My old girl logged thousands of miles with me in the backseat of my truck and in my boats. The true companionship of a great dog is something everyone should be so lucky to enjoy at least once in their lives because those animals are the only living thing that loves you more than they love themselves. I could write pages about Sally’s exploits and brag for hours just like any other proud dog owner.

Sally came into my life at a point where she helped heal old wounds and she continued to fill my heart everyday with unconditional love. Sally passed away in my arms while at our home where she was surrounded by my wife and son. It was difficult and emotional to say the least but I’m glad it happened just like that, at home where she belonged. My son and I buried her in one her favorite spots in our backyard, under an oak tree where she often lay while surveying her kingdom. I know that where she is now there are plenty of tennis balls to chase, all the ponds are shallow and have hard bottoms, with all the ducks she could ever retrieve. I know she made my life better and I can only hope she would say the same about me.

As for now it appears the best part of the year is upon us, so do not hesitate to get out there and take advantage of the multitude of opportunities afforded. Just knowing that both the fishing and hunting are getting ready to really hit their stride makes Texas sportsmen smile.