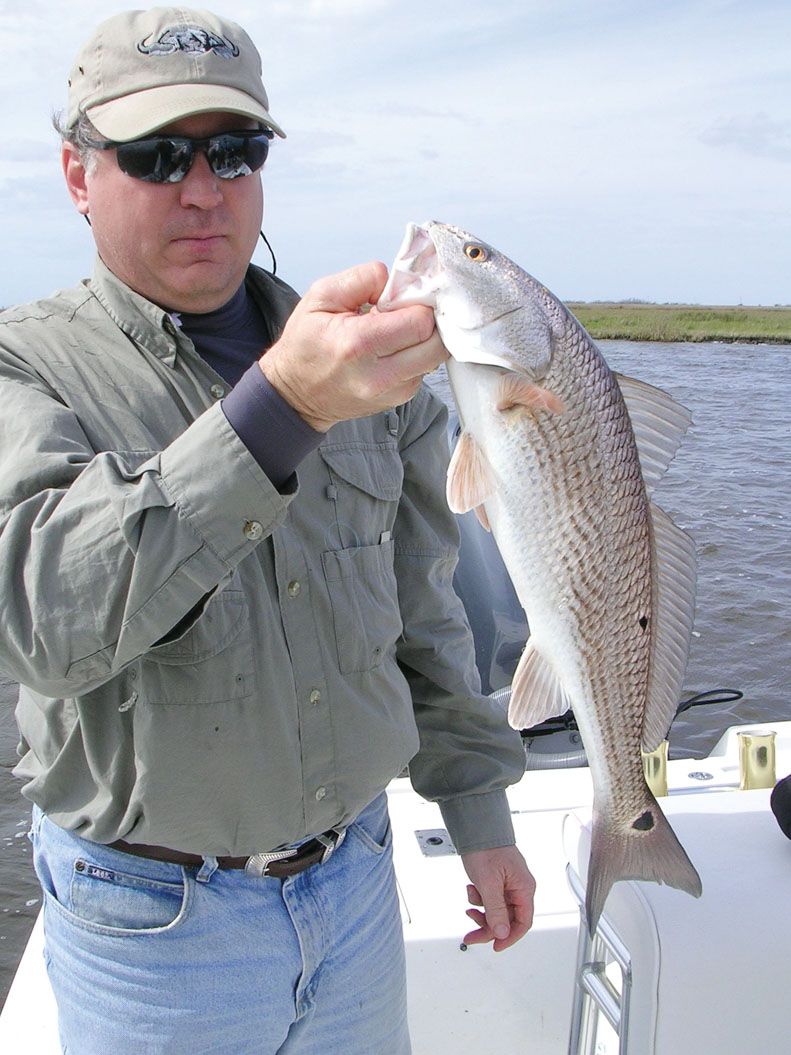 Ahh the beginning of a new fishing year. To Texas anglers and outdoor folks the beginning of the fishing year means many things and nearly all of them are good. Staring at a fresh calendar gives one a renewed sense of purpose, an outlook of promise, and hope for the coming days.

Since we all made it through 2012, despite what the Mayans had to say, its only fitting we all look at what the next twelve months holds and make some grand plans. For many anglers this time of the year starts the epidemic of cabin fever. Symptoms include excessive amounts of time spent surfing websites for photos and fishing reports, random urges to visit tackle stores, and a deep desire to change your address to the shore of Baffin Bay or any other body of water where the big trout are biting. This common ailment is often successfully treated with mileage - as in road trip.

Now for many of my longtime friends, especially those really close to me, the thought of Chuck Uzzle writing about taking a winter road trip to fish, or any other trip to fish for that matter, borders on the humorous. For more years than I care to count I have let invitations to fish on nearly every bay in Texas go unused and that's my fault, but in my defense its a little tough to leave Sabine and Calcasieu, if you know what I mean.

I once stood in the middle of a group of guides from all along the Texas coast, a quality representation of some serious fishermen who at the time were having a big laugh at my expense for not having fished more Texas bays. As the evening wore on several of that group, after a cold beverage or two, came up to me and said, I don't blame you, if I lived on Sabine I wouldn't leave either! That was a strong statement considering the places some of these folks called home. A statement that is frequently verified by the sheer number of fishermen who will trek to the Texas-Louisiana border for an opportunity to fish.

Now speaking of trekking, that seems to be the ticket for many anglers during the winter season. There are several groups who fit this mold and they vary by degrees. You have on one hand the folks who will make a trip every year to destinations like Baffin Bay or the Laguna Madre because it has become a ritual of sorts. These folks pick a time and go every year with a group of friends and hope the weather and fish cooperate. Then there are the other guys, the ones who will drop everything and take off for anywhere if all the variables look right. These anglers are the hardest of the hardcore and my hats off to them because they keep their finger on the pulse of the big fish world and are willing to take a swing at a big fish while others only sit and dream about it. For this legion of angler there is no mud too sticky or too deep, no water too cold, and no destination or area that's off limits. These folks are the real road warriors and they earn their stripes with hours of effort on the water.

Just because one is willing to make a road trip doesn't automatically guarantee success by any stretch, there's way more to this than just jumping in your truck and pointing it toward a distant bay. Serious preparation and scouting go into these excursions and more often than not the fisherman who is most prepared usually has more success. With the so much information at our disposal nowadays its certainly much easier to locate prime areas to not only fish but to also avoid. Satellite imagery, far more detailed charts, weather broadcasts, and other fishermens' info via reports posted on the web speed up the learning curve exponentially. Big fish hunters from years back did it the hard way and learned from both success and failure while spending countless hours in search of that one great fish. Many people learn a particular bay with the help of satellite imagery, GPS and depth finder; old school guys just plodded along and learned as they drifted and waded. I have a tremendous amount of respect and admiration for those fishermen who figured out the puzzle without the aid of today's technology. I also have the same sort of respect for the new-age angler who has taken that search for a big fish to another level.

When an angler decides to take a big trip they almost always have fishing gear prepared and a plan of attack as to what particular area they plan to fish. Most even go as far as to come up with several backup plans just in case weather or some other unforeseen factor gets in the way. One thing many road warriors often overlook or even neglect is their transportation for the trip, more specifically their tow vehicle and trailer. Its amazing to see a group of fishermen out on the water wearing top-notch gear, using the best equipment, and running a fiberglass rocket of a bay boat get back to the launch and saddle up a trailer that looks about a week and a half from the salvage yard. I have had a couple of those early morning phone calls from friends or clients who have trailered their own rig to this area only to see the whole trip go up in smoke due to mechanical malfunction. Keeping your trailer and tow vehicle in proper and safe working order eliminates many of those hassles. Also carrying some spare parts or proper tools goes a long way as well. I dont know if its my age, my conscience or both that has turned me into a what if person. What if we have a flat or our trailer lights go out, what do you do? I now carry way more stuff than I need on these trips but it sure brings you peace of mind, even if overkill. Simple things like a good jack, a few blocks of wood, electrical supplies, a backup battery, small air compressor or foot pump, emergency tire plugging kit and so on have become mainstays in my essentials box.As important as your fishing gear is to your trip, the transportation to get you where you want to go is equally if not more important. To see a fisherman go above and beyond the simple things to catch a fish and then skimp so bad on other things is mind blowing. Weve all seen the trailers on the highway that you just cant believe are actually rolling and parts arent flying off them like a special effect in a Transformers movie. The old saying about an ounce of prevention being worth a pound of cure really comes to mind when you are on the side of the road when you should be on your favorite flat plugging for that fish of a lifetime.