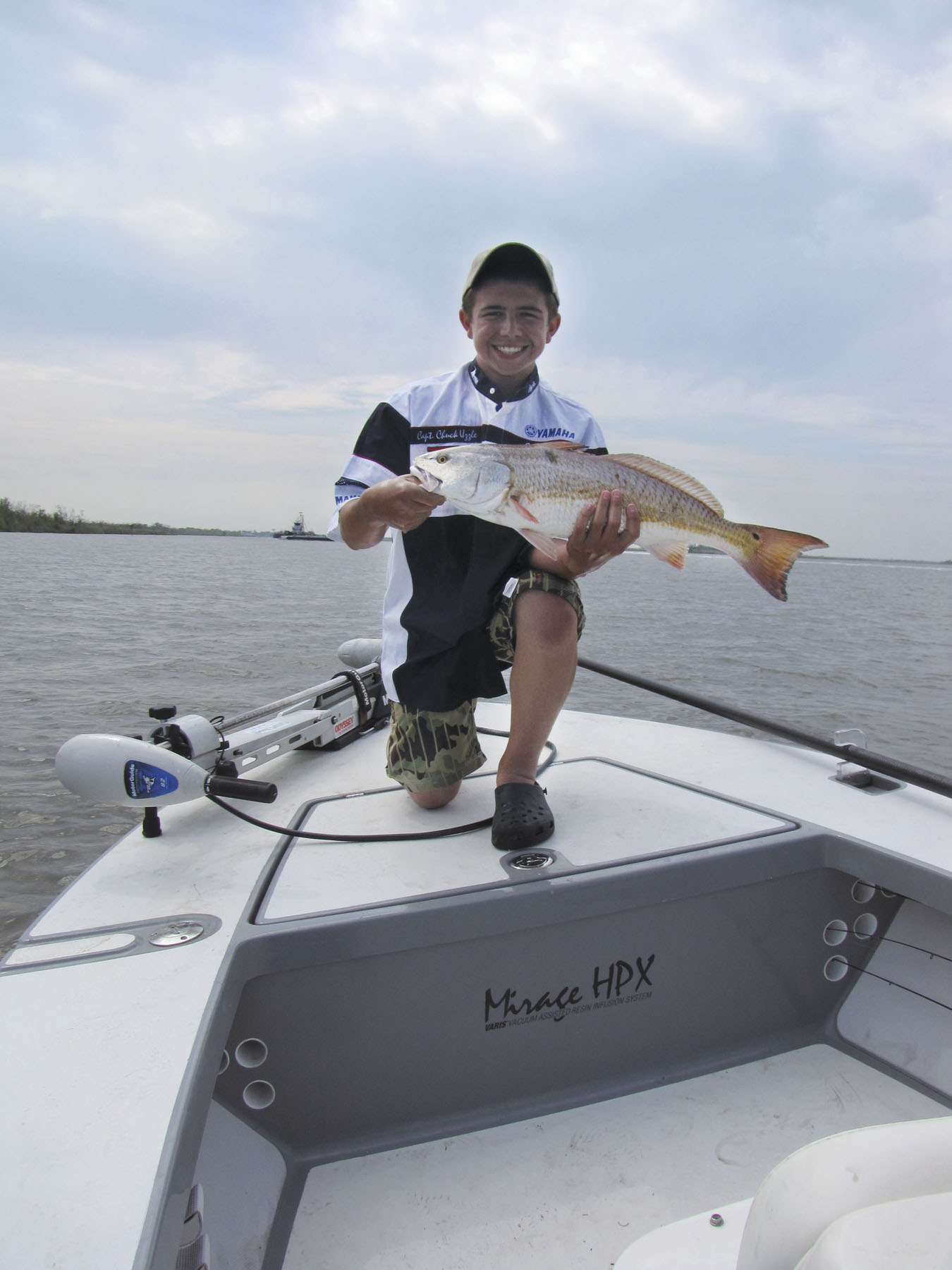 The memory of fishing the recent XRT Tournament with Hunter will last forever.

For readers of TSFMag, it's no secret that a big part of life revolves around the water and the things associated with it. Our writers routinely offer a glimpse of what the sport of fishing means to them and how it affects their lives. Just a few months ago I wrote about a potentially catastrophic oil spill that occurred here on Sabine; fortunately we dodged that bullet and escaped without major damage to our eco-system. That event now looks like a walk in the park compared to what's going on in the wake of the Deepwater Horizon disaster. Thousands of gallons of crude oil per day are gushing into the Gulf of Mexico as multiple state and federal entities try to stop the leak. Early damage predictions seem to concentrate on Louisiana and Mississippi but it's still way too early in the game to rule anyone out and pronounce any part of the coast safe.

All of the emphasis on the uncertain future that awaits Gulf coast fishermen gives you ample reasons to reflect, to remember how things once were, and to hope how they will be in the future. The future of the sportfishing, like many other things, is in the younger generation. The young anglers of today are the ones who stand to be impacted the most over the long haul and that's what probably bothers me the most. Anyone who has ever been in a boat with me, attended one of my seminars, or has just been around to me to talk fishing knows that I am a self-professed proud dad. My 14 year old son Hunter has basically grown up in the pages of TSFMag right before many of your eyes. It makes a dad proud when you can take your son to a boat show or fishing event and he can carry on his own conversations with just about anybody and hold his own.

Now I don't profess to be the first or best or anything like that when it comes to involving your son in the outdoors, not by a long shot. Here in our own magazine are other prime examples of how fathers have involved their kids in their love for the sport of fishing. Jay Watkins and Ernest Cisneros are both to be commended for the examples they have set with their sons. Jay Ray is an outstanding angler who has a resume that would make most coastal anglers blush; the young man has an incredibly bright future to say the least. Aaron Cisneros has demonstrated a wonderful gift of writing and sharing thoughts about the sport that he also excels at; his future is equally bright. Both dads are to be praised for their commitment to sharing their passion with their sons and we should count ourselves to be fortunate enough to have been able to watch large parts of that unfold every month in TSFMag.

Just last month I was able to do something I had wanted to do for quite some time; I fished a redfish tournament with Hunter. For years he had been after me to fish one with him and we finally got to make it happen. We fished the Extreme Redfish Tournament out of Port Neches Park on Sabine Lake and had an absolute blast. Our day was long as we made a 90 minute run to Calcasieu in order to avoid the other boats that had been buzzing all over Sabine during practice days. The run was hampered by thick fog for quite some time but it did enable me to do another thing I had never done before, actually pass another tournament boat! In the fog Hunter and I passed one of those super go-fast tournament boats as they struggled with direction in the white-out conditions. These guys actually followed us for several miles at our break neck top speed of 39 mph and you could tell it was killing them. Once the fog lifted they rode beside us, thanked us for helping them through, and then left us like we were standing still. All we could do was laugh and continue on towards our destination. After the 90 minute boat ride we used the trolling motor to reach the final pond and we were instantly rewarded with four schools of redfish. After six casts we were culling fish and all the pressure was gone, it was just another day in the boat with my best buddy. We had an incredible day together regardless of where we finished in the standings because it was just Hunter and I, just the way any dad would have it. Hunter even took control at the weigh-in like he had done it a million times, all the right clothes on, thanked the sponsors, and strode off stage proud as a peacock. I think I busted a few buttons on my fishing shirt, but isn't that how it's supposed be?

I truly hope that one day Hunter and all of the other young anglers can sit back and tell their kids how great the fishing was and how much they enjoyed every trip. I know as I look back the people in stories are as important as anything Mike McBride with no gray in his mustache free spirit Billy Sandifer speaking in a seminar of protecting the places he loves. Back in the day when you couldn't wait for the Thursday paper and read Sasser, Doggett, and Pike to learn the week's hot spot on the coast. Back when Gene Baker ran a little rag of a fishing newspaper called Gulf Coast Connections that with Everett's and Pam's effort would grow up to become Texas Saltwater Fishing Magazine.

Those days seem like yesterday until you look at the calendar and realize that plenty of time has passed. Hopefully, for everybody's sake, there are plenty more days like those to come and the younger generation will have just as many wonderful memories to share about a sport that lives and grows in all of us. My hopes and prayers are with all of those who stand to be affected by the looming spill now growing in the Gulf each day. The future of the sport and the way of life for many people hang in the balance and perhaps could be changed forever, only time will tell. In the meantime, we should all get involved in any way we are able. The angling community as a whole is a strong and powerful group with enough resources and passion to certainly make a difference during this disaster. Please stay involved and do what you can when you can.