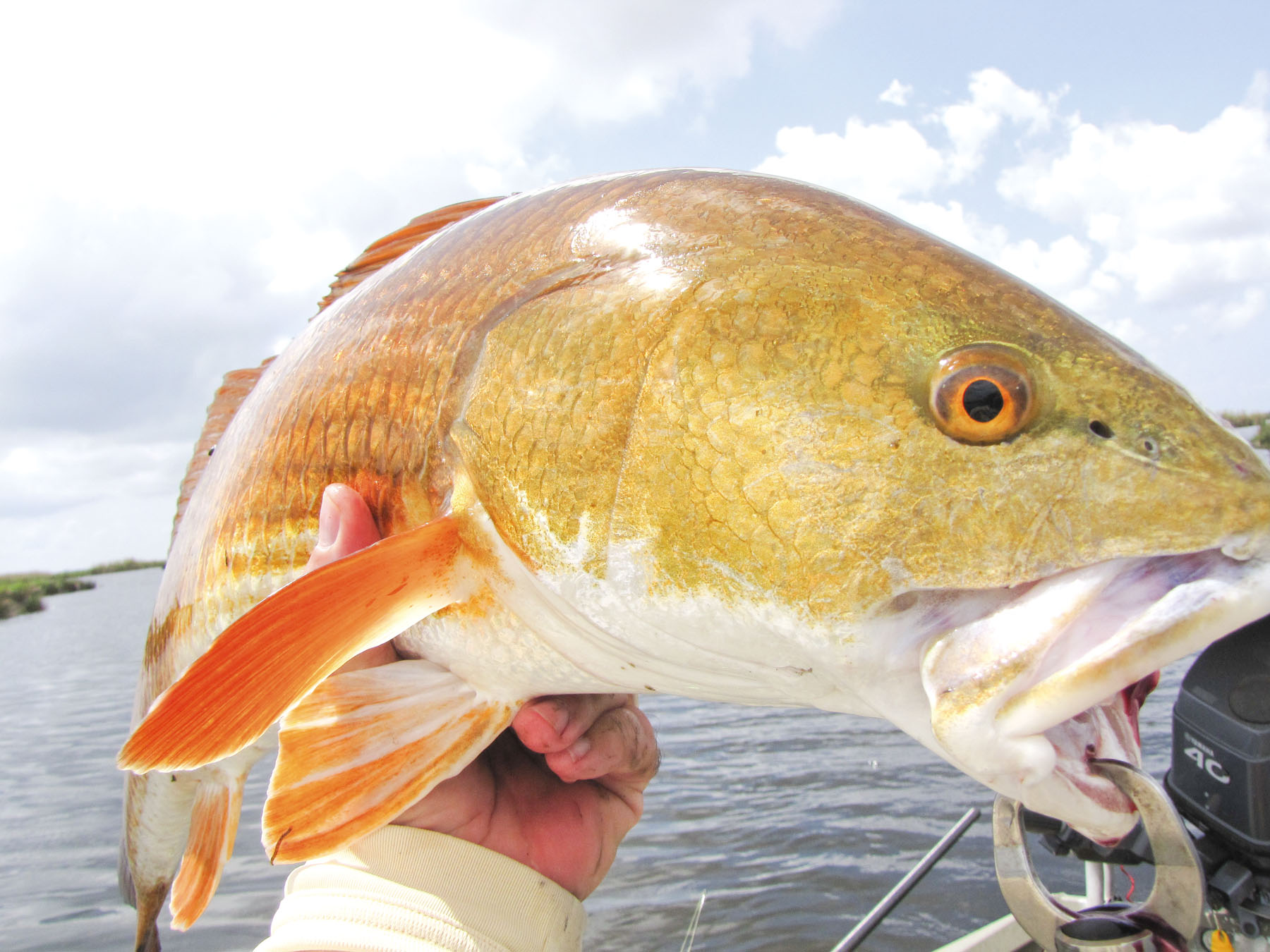 Reds will eat bass baits!
Like many of our readers, I anxiously await the arrival of the next issue of TSFMag. I cannot wait to see what's happening along the Texas coast and there is no better place to get that kind of information than from the pages of this magazine. Like many of you I have favorite writers that I tend to read before continuing to read the issue cover to cover, and one of those is none other than my good friend Mike McBride. I have a ton of respect for Mike; he's easily one of the best fishermen I have ever had the chance to share time on the water with - the guy is good.

In the last issue of TSFMag, Mike used a descriptive term when he was talking about some of his clients that caused me to do a double take and I had to read carefully lest my regional pride allowed me to be offended. The term upper-coaster, as it was used in the article, seemed to imply a semi-derogatory flavor (at least to me), and that being such was to be beneath middle-coast or lower-coast anglers.

As I read the term I immediately did my best urban female impression and said "Oh no he didn't!" Now I know McBride meant nothing by it, in fact he referred to himself as an upper-coaster later I the article, but I certainly got to thinking about what exactly is it that makes one an upper-coaster, middle-coaster, or lower-coaster?

Generally speaking there is no greater debate within the Texas fishing world than the worn out subject of live bait versus artificial. Stop in at an internet chat site that focuses on fishing and just look around, it won't take long before the subject rears its ugly head. More often than not it gets out of hand and the rabid members of each camp wind up making outlandish accusations that hold no water. So, my first impression was the ludicrous thought of segregating the Texas coast and giving one group the nod as being better or ahead of the pack; somewhat akin to the psychological experiment comparing blue-eyed people to the ones without blue eyes. Somebody is likely going to get their feelings hurt.

If anyone was to sit back and look at a few things objectively, it would be hard to deny that there are some things that originated on the lower-coast that wound up migrating to the middle-coast and ultimately found their way to the upper-coast.

Take for instance the technique of wade-fishing, more specifically, wade-fishing for big trout. Impossible to deny the effectiveness of the technique and how it changed the saltwater scene forever. In fact the Texas wade-fishing phenomenon has crossed the Sabine River and is now heading east across Louisiana as an accepted method of fishing. I for one have always tipped my hat to the folks from down south who opened our eyes "up here" as to how effective wade fishing can be, in fact I've referenced that feeling in several previous stories so my feelings are well documented. But not everything in the fishing world evolves south to north, it occasionally goes the other way.

A perfect example is the freshwater technique of "drop shotting" that has become a favorite of many folks here on Sabine. The technique proves quite useful when fishing vertically in deeper water for suspended fish. A variant of the method that has gained its own popularity locally is called "scraping the wall" and this involves a near vertical presentation of a lure such as the Corky or Maniac Mullet (normally fished as slow-sinkers in shallower water) on the same types of steep edges and dropoffs found in the ship channels and rivers. Both drop-shotting and scraping the wall are incredibly productive for both big fish as well as big numbers of fish.

I certainly understand that accepted techniques and methods are derived from necessity and refined over time by anglers in specific areas. Like the aforementioned wade-fishing, the abundance of shallow water basically forced anglers to get out of the boat to reach fish in areas that were not otherwise accessible. Also, it allowed anglers opportunity to make a stealthy approach to fish that were infinitely spookier in the shallow water. An angler that has miles upon miles of water that's two feet deep or less will naturally not become instantly proficient at catching fish in a river or channel because that's not what they do. On the other hand an angler who can catch fish in deep water can make the transition to shallower water with a little less difficulty.

Same can be said about anglers who fish places like Galveston, Trinity, and Sabine where water clarity is always an issue. If an angler can find fish without seeing them in muddy or murky water, one can only imagine the success they would have in clear water when fish are visible. Longtime outdoor writer and radio personality, Doug Pike, has always told me, "I'll bet money on a guy from Galveston Bay who catches fish to be able to fish with anybody along the Gulf coast. You give those guys the opportunity to see fish or structure in clearer water and it's almost like cheating for them."

Pike's words bring me back to Mike McBride and his origins as an upper-coaster. Mike was so good in the venues of Galveston's bay systems, it was almost an absolute certainty that he'd be good when took up residence in Port Mansfield. I cannot help but believe that for him it was like having a blindfold removed and turning on the lights.

Now I am by no means an advocate of saying one group is better than the other on any of these subjects; I prefer to give each group respect for their area of expertise and thank them for giving me another weapon for catching fish. I can only imagine how different my fishing career might have been had I not learned some valuable lessons from anglers all along the coast. There is no doubt in my mind that my days on the water would have been far less productive then and into the foreseeable future.

I guess when you really get down to it everyone has something to offer no matter where you fish or where you're from. Being closed-minded to alternate techniques and methods will eventually cost you some success on the water, that's a certainty. I enjoy learning things from the people I share the boat with and it never ceases to amaze me how so many simple things I have overlooked for so long are taken for granted by others as everyday occurrences. I hope something in this column triggers you to take a look at a new technique and opens a door to better fishing.

And if anybody's making notes; I will always be proud to be called an upper-coaster.