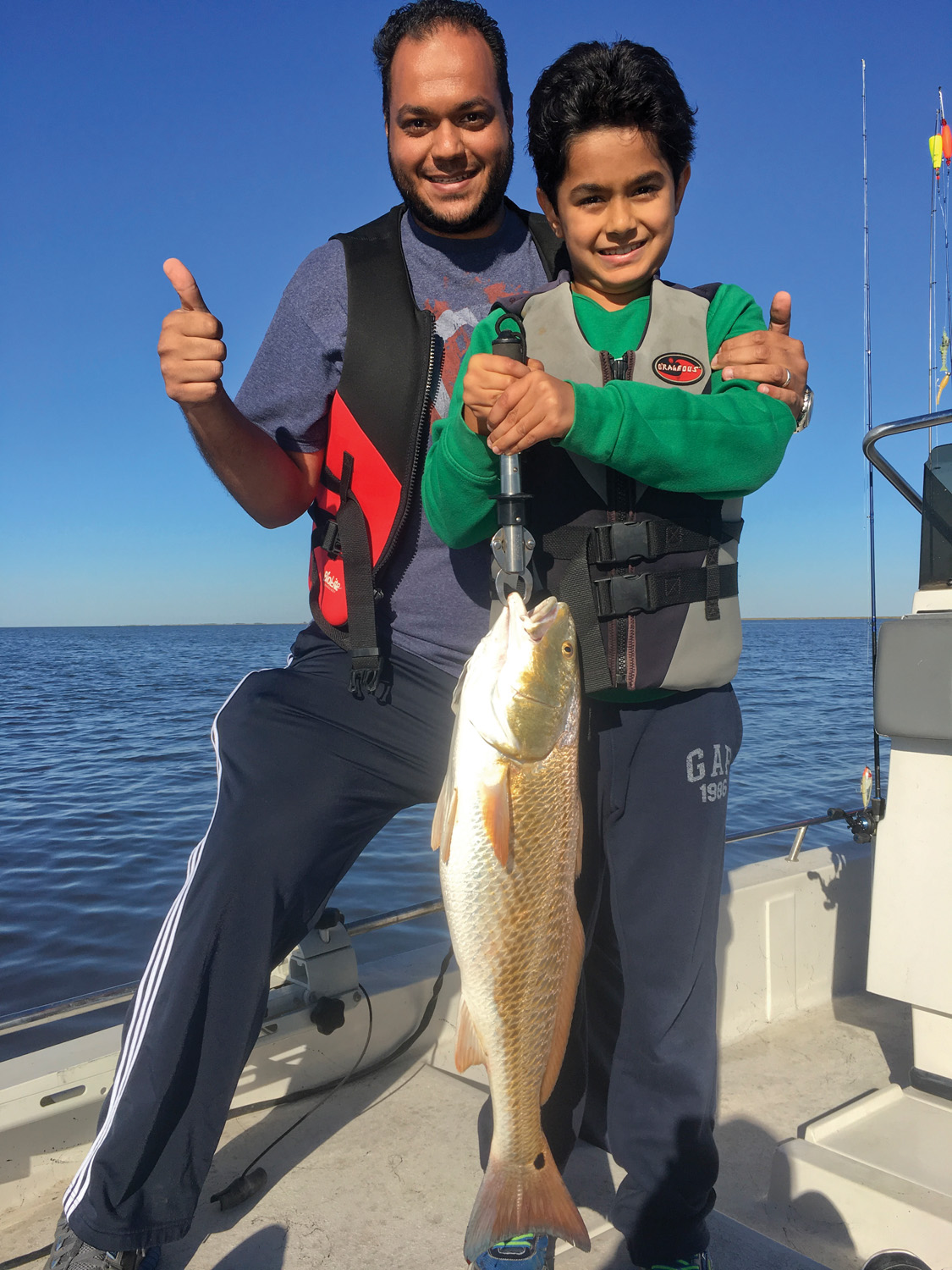 For whatever strange reason it seems that the older I get the faster the months and seasons tend to slip by. At times I would swear the pages on the calendar flip by two months at a time instead of only one. I recently renewed my United States Coast Guard license for the fourth or fifth time and I started thinking about the span of time this represented, especially knowing that its five years between renewals. As I stood next to the island in my kitchen opening my new set of Coast Guard documents, I couldn’t help but take a short trip down memory lane. As a guide you remember lots things about a lot of different trips and eventually they all feel as if they have run together.

There are however some things that always stand out; some of the bigger fish that have been caught and some of the crazier characters you encounter because they always come with a great story. Perhaps some of my favorite memories are when someone on my boat catches their first fish. I truly cherish opportunities like that because they are indeed special. Just recently I was fortunate to have such a trip and it was like a shot in the arm for me, a reminder of why I enjoy guiding as much as I do.

I was approached by a friend inquiring about taking his family on a fishing trip. His eight-year-old son had recently become hopelessly infected with fishing fever. It seems that during a Cub Scout exercise the young man was introduced briefly to fishing and wanted to pursue it as much and as soon as possible. My friend knew very little about the sport but wanted to give his son every opportunity to enjoy it. Being unable to render aid himself he did the next best thing by seeking professional help.

The goal was simple, take the young man out, catch a few fish, and teach him some basics that will enable him to not only learn more about the sport but develop skill at the same time. I’m not sure who was more excited the day of the trip; the boy, the dad, or me.

Our day started off with perfect conditions, flat calm seas and crisp temperatures. We couldn’t have asked for better. The bonus for me was the entire family decided to come along. Both mom and dad, and three youngsters (2 boys and 1 girl) ages 8, 5, and 4. Even though it takes some extra patience to deal with the youngsters I generally enjoy each opportunity to take kids fishing and this would be no exception.

Getting everybody squared away with life jackets and basic safety rules, we made a run out into the lake to look for working birds and schooling trout. It took us a few stops to finally figure out what was going on but eventually figured out the pattern. It was perfect as each child ended up with an adult being able to supervise them. The equipment included spinning rods and rattling corks with soft plastics tied beneath them - a setup the schoolie specks and sand trout found irresistible. The first fish for each child was met with great excitement and celebration by all in attendance.

Easily the highlight of the day came towards the end of the afternoon as a hefty twenty-eight-inch redfish dunked the popping cork and proceeded to make a rather long run, before staging a very dogged tug of war. At this point each of the kids took turns battling the bruiser while the others cheered enthusiastically.

The first glimpse of the fish next to the boat in the clear water was met with gasps of excitement and general wonder. After we finally subdued the fish and led it into the landing net you would’ve thought we had just won the World Series. I was as happy for them as they were to catch such a great fish. The genuine excitement and wonder on all their faces was priceless and I was certainly proud to be a part of it.

A lengthy photo session followed with each youngster posing with “their” trophy before we headed north and called it day. As the family drove off I could see the smiles on all the kids faces, as well the looks on each parent’s face as they had just made a memory the whole family would enjoy for years to come. I was extremely proud to have been a part of that.

In the days following that family trip I slipped back into the mode of routine trips with experienced fishermen and that brought on a whole new set of circumstances and things to be considered. I have often written about fishing in winter and some of the things that should be on each angler’s mind and the top of the list should be keeping yourself safe in the harsher elements. Cold water is unforgiving so the proper clothing and personal floatation device is a must. If you have never fallen in the water during these colder months, all I can tell you is be prepared for what those temps will do to your body. The instant shock will render you all but useless in short amount of time so a PFD is an absolute essential piece of gear. I have a close friend who owes his life to a PFD after his boat capsized during a December outing several years ago. Without that PFD there is no way he could’ve sustained himself for as long as he did until he was plucked out of the water by another fisherman. Wear that PFD!

Speaking of being properly equipped, a quality pair of waders is essential for all the big trout fishermen who will be slipping out of the boat in favor of a silent stalk on a big fish. For nearly 10 years now I have been using the breathable waders from Gulf Coast Waders and I have truly been impressed. I fish and duck hunt with the same waders and they hold up extremely well. The sizes are generous so layering up for cold temps is easy. Jason Chapman and the folks at GCW are great to deal with and their waders offer a lot of bang for your buck.

Almost as important as the waders you wear is the type of clothing you choose for warmth. There are several brands of highly technical thermal garments which won’t cause you to feel bulky or uncomfortable. Under Armour Cold Gear is my personal go-to base layer, followed by fleece pants and pullovers. Quality socks cannot be overlooked either because there is no substitute for warm dry feet on those long cold winter wades. Cover all that up with a quality waterproof jacket with Velcro cuffs and you should be set for a day on the water. One word of caution would be to always pack an extra set of dry clothes because you never know when you might need them due to leaking waders or a fisherman falling overboard. It’s like the old saying goes – Better to have and not need than to need and not have.

Here's wishing everybody a happy and prosperous New Year. See ya on the water!