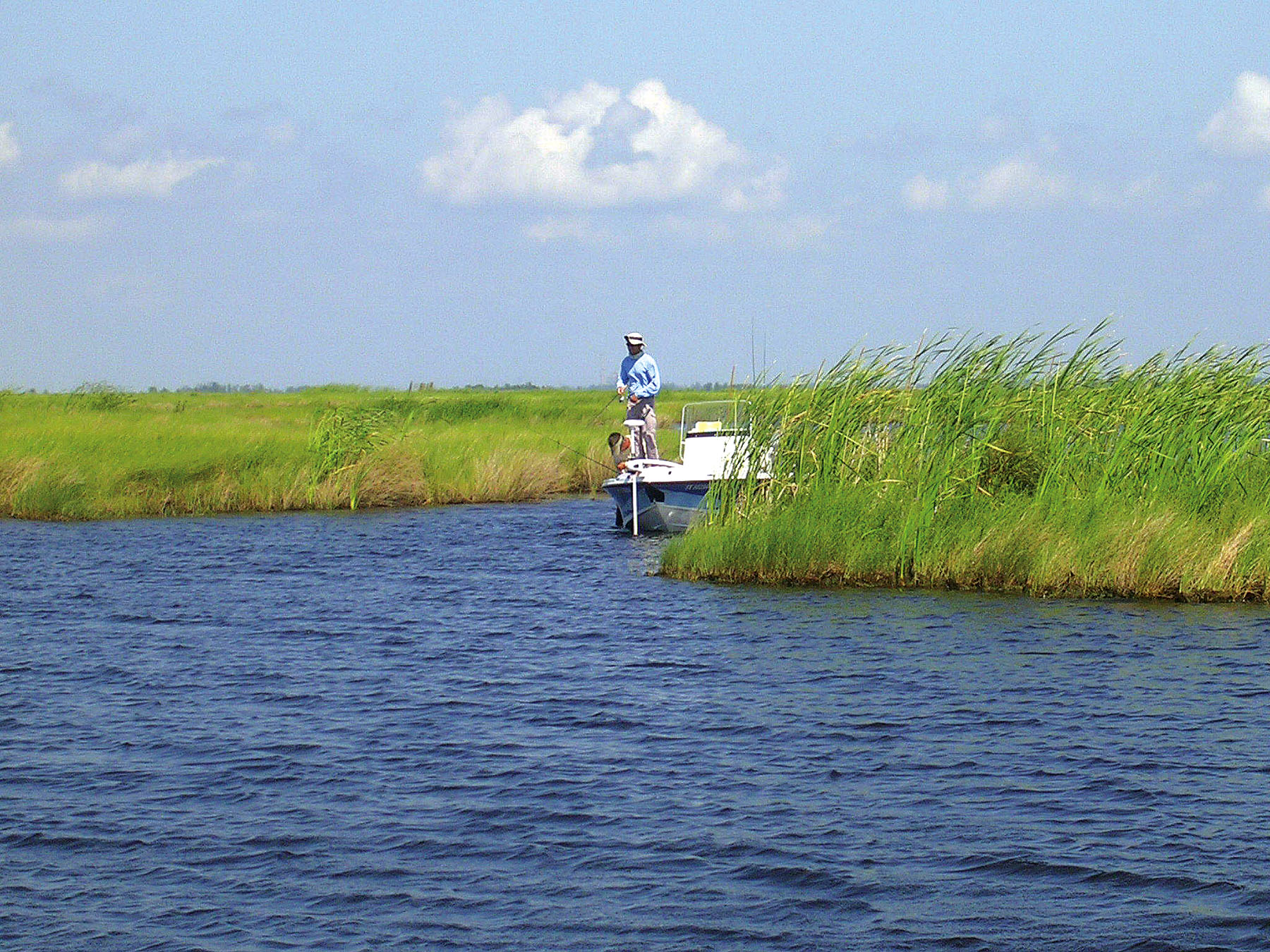 Just about any Texan who ever wet a line knows that spring is full of many things, most of which fall into the categories of uncertain and unpredictable. The all time number one villain is the weatherman and his friend, the marine forecast, AKA "that $%@ wind!"

For plenty of us who take advantage of every season, the breathable waders that were used during duck season become our best friend as the gears switch in favor of chasing trophy trout. I'm not sure if everyone feels the same but for the last month or so I have found it wise to wear waders even when planning to remain in the boat as we have received almost as much rain as Noah and his crew here lately.

The constant rains, dreary days, and snow of all things, have compounded the effect of cabin fever that always runs rampant this time of year. All but the most hardcore routinely shun the thought of winter fishing in favor of warmer environments until the mercury creeps up slightly and the first warm weekend has them scrambling for boats, gear, and a spot at the local launch. Little do most of them know that a few really dedicated anglers spent some less than perfect days on the water doing some reconnaissance in preparation for the warmer days that will inevitably come. The super low tides of winter offer great opportunity to discover structure that under normal circumstances goes unnoticed and therefore rarely fished.

Several of my recent trips have been solo adventures without a fishing rod and accompanied only by my second best girl, our black lab Sally, and my binoculars. I truly love these days because it helps me switch gears from ducks to fish without missing either one. March and April offer some of the best opportunities to see ducks in their full plumage as they make their way back north. The blue-winged teal migrating back from Mexico are major stars of the show, especially when I'm scouting the marshes of Sabine and Calcasieu for redfish. The small groups of birds work low, flying through the maze of islands like little jet fighters, making as much noise with their wings as they do with their calls. The drakes are painted up like a brand new decoy and easily identifiable, they drive my dog nuts because she keeps waiting for a shotgun to go off and the opportunity to go fetch one. To see birds in the air and fish in the water at the same time is what really gets me going, the best of both worlds right there in front of you.

On one such recent outing I made a loop through some of the marsh ponds that I hunted this past season. On my way in I passed a line of waders standing like solitary figures on an expansive flat, I'm sure we both were thinking "what's that idiot doing out here" as the day was less than bluebird weather. I swung my skiff wide of their position and made my way into the marsh and more comfortable surroundings. The lake that was churned up from wind and runoff gave way to beautiful clear water and a slight ripple. I brought the skiff off plane and gave the pond a chance to settle as I climbed up on the platform. To my surprise a group of redfish were milling about as if they had no idea a visitor had made his way into their pond. I pushed up on the pod of fish and just watched for a few moments until they made their way down the pond and eventually swam away. The rest of the afternoon was more of the same, small groups of fish just relaxed and enjoying small crabs and a few finger mullet.

For an early spring day it was an eye opener, we normally don't see fish like that until late April and sometimes May. Calcasieu will crank up a little earlier than Sabine on normal years but it appears that both may be a little ahead of schedule. Those wade fishermen I told you about will certainly vouch for the fact the winter pattern for redfish has been about as constant as you could ever hope for, in fact the numbers of redfish in both bays appear to be as high as anyone can recall. The fish are really healthy and seem to be almost "cookie cutter" identical, lots of fish on the low end of the slot with a nice mix of oversized. Many fishermen, myself included, believe that these fish are products of Hurricane Ike and the big storm surge that covered this part of the world leaving a ton of new fish and an improved estuary. These fish have the potential to rejuvenate the entire lake and all the surrounding waterways making the fishing as good as it ever was and possibly better. The upcoming spring and summer months could be memorable ones for local and out-of-town fishermen alike. After seeing what the marshes look like and having had some excellent days wading this year I have a great feeling about what is in store for us.