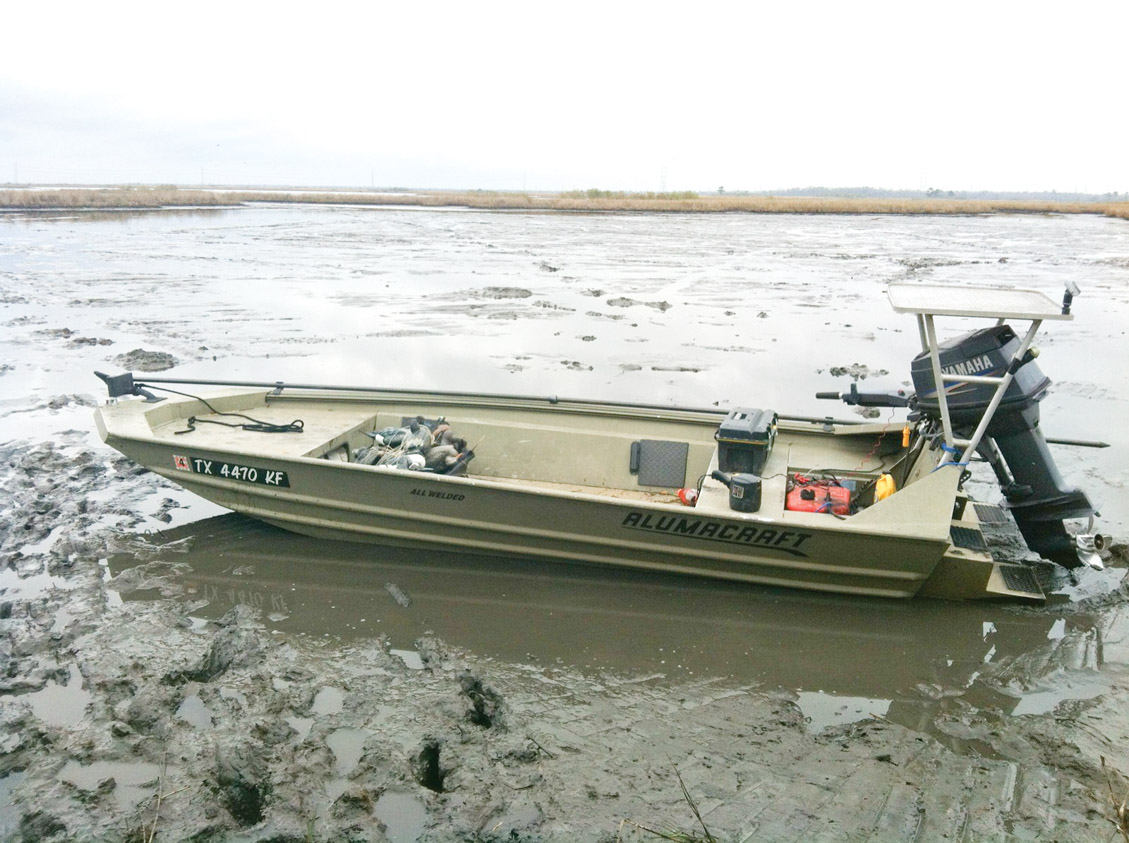 Very seldom do we learn a lesson or acquire knowledge without first suffering at least one or a couple setbacks; this is true in everything from fishing to life in general. It would probably be safe to say that most folks who are successful at any endeavor would tell you they had plenty of trials and tribulations along the way, and if they didn't they were extremely gifted or just plain lucky.

Professionals make most things look easy when in all reality they have already paid lots of dues. The really good ones, professionals that is, are not afraid to share their failures so that others may learn from their mistakes or misfortunes. Others (less honorable or generous) are not comfortable sharing their screw-ups, choosing to maintain an aura of perfection that is not realistic by any means. Probably the best example of this has to be outdoor television shows, they are the worst! A few of the more popular ones would lead you to believe that they never go on a hunt where Boone and Crockett animals aren't just walking around every corner and nobody ever misses a shot. Like the old saying goes, I was born at night, but not last night.

During this time of year the majority of TSFMag readers that fish year round have one thing on their mind catching a trophy trout. The best methods and areas to make this dream a reality will no doubt be discussed at length by some of the writing team in this very issue but that's just part of the story.

How did these folks learn how to catch these fish?

Most, if not all, learned from experience they gathered over many years on the water. Experiences are good and bad, each with its own set of lessons. Rather than re-hash some old information, I thought I might share some of the lessons I learned the hard way in hopes that maybe it will help someone or spare them some grief on their own journey.

One very painful lesson I learned years ago, and that I was reminded of recently, is to always consult your tide tables before planning a trip, especially during winter. Like most anglers chasing trophy winter fish or waterfowl along the coast, its normal to reach a destination and get out of your boat to wade, sometimes for several hours. But let me tell you; a perfect flat that seems to be just right can turn into a beach before your eyes if you aren't careful.

Generally weak winter tides coupled with stiff north wind can virtually empty a bay and leave you stranded if you're not on your game. If you happen to be in a smaller boat you may be able to push it to water deep enough to float out to a depth where it's safe to crank your motor and run. On the other hand if you are in a bigger bay boat and pushing is out of the question, you are now at the mercy of the tides and that's certainly not where you want to be ever!

The only time you want to be waiting on an incoming tide is to fish, not to float a beached boat. I recently got bit by a low tide while duck hunting a coastal marsh. I reached my destination well before shooting light only to return a few hours later to a boat that was setting on a big mud flat that had about enough water left to fill up a baseball cap. All I could do was laugh at myself and start pushing. I eventually pushed my boat out but the knee deep mud was tough on a short fat guy, take my word for it. A quick glance at the tide tables and weather prediction (wind) will go a long way towards keeping you out of these situations.

Another lesson that was learned the hard way is, Always tie on shock leader.

Years ago during the old school big trout tournaments, there was an event on Sabine Lake, and I had a whole herd of good buddies from Houston who were going to fish with me. We had located a good bunch of fish before the tournament and developed what we believed to be a good pattern; all we had to do was execute.

Tournament day arrived and we hit the water with high hopes. The flat looked perfect and you could just see the potential as a few slicks popped up and mullet were jumping nervously all over the place. One of my partners was in such a hurry to get in the water and get after the fish that he neglected to tie on a shock leader and couldn't make himself stop long enough to correct his mistake. Surely you all can see what's going to happen here, right?

Just as you might have predicted, a tournament winning trout inhaled his Super Spook, made a big first run, cleared the water in a terrific splash, and was gone. A $10,000 fish swam away leaving us all stunned.

To make matters worse, a few seconds after the fish broke his line, the Spook floated to the surface just to add insult to injury. The massive fish had apparently landed on the line and broken off approximately 2 feet above the knot. My dejected partner picked up his lure, turned around, and walked about a half mile back to boat without making another cast until he could get a shock leader tied on. To this day my partner still catches grief over that big fish and I always tie on leader. Period.

Speaking of shock leader, that's only half of the equation, you also need to be aware of the monofilament or braid that you use. I have seen customers pinch a few pennies and buy cheaper line only to be disappointed in the worst way when a good fish breaks off. Always remember that the only thing that connects you to that fish of a lifetime is your fishing line so spool up accordingly.

In keeping with the theme of equipment failures, I witnessed a customer learn a very expensive lesson on how and where to clean his gear. My client was a good fisherman and seemed to be very meticulous about taking care of his stuff, almost too meticulous. After a day on the water he began to feverishly clean his gear while I cleaned our fish. In anticipation of the next day's fishing he began spraying his reels with a popular lubricant and wiping them clean while still on the rods. I didn't think much of this until the next day when all three of his rods broke in the exact same location the reel seat.

It appears that the frequent application of that particular lube to his reels while still on the rods had reacted with materials in the rod causing them to weaken and break prematurely. I could dismiss one rod as an accident but for three to break in identical locations during the same trip was tough to ignore. My philosophy has always been soap and water is your friend and separate the rod and reel when you decide to clean or lubricate your reels. After watching three high-end rods snap like balsa wood I think I'll keep to that line of thinking.

Now last on this list but certainly not least, especially in the winter, is caring for your waders. We have all had that terrible feeling, you know the one when you feel your pants getting damp or water squishing in your socks. I don't care what brand of waders you get they will eventually leak and it's usually at the worst time possible. It's bad enough to worry about your own gear but keeping up with gear for clients is even more work. With necessity being the mother of invention I stumbled up on a great way to deal with leaks liquid electrical tape. A bottle of liquid electrical tape has solved many a problem with waders, especially the leaks along the seams which tend to plague breathable waders.

The liquid tape dries relatively fast and is easy to apply. I take a preventative approach and put it on all the seams, even on brand new waders. I have no doubt this process extends the life of the waders as well as their durability. The bottom line to the whole process is that it helps keep you dry and that's the biggest factor one has to consider when you put a pair of waders on.

Now perhaps the most important recommendation I can possibly share with you concerns two things that may in, fact, save your life some day. First off - always let someone know you will be out on the water and where you intend to be. I am terribly guilty at times for not sharing that information and I have personally vowed to do much better. For me it's really important as I spend the majority of my time in some really remote places that only a handful of other folks are really familiar with. Having someone know an approximate area where you will be can be a big help if you get stranded and dont show up for supper.

Some of you may already be familiar with some of the tracking apps available for smart phones, they are designed to locate your lost or stolen telephone. They can also tell your family and friends where you are if you are in trouble, providing of course, the phone has service. If you have not done so already, I recommend getting yours setup as soon as possible. Information like this could be the difference between having a buddy come get you or having a full-blown search party scouring the coast trying to locate you. The final piece to this recommendation is very simple, wear your PFD and always attach your kill switch. In the winter months especially, when there is far less traffic on the water, its even more important to be safe because you may not see another boat for quite some time. These are simple things that we all need to keep in mind.

All of these scenarios and examples listed here are just a few of the many that fishermen go through while enjoying their sport. Much like a tourist who goes to a new destination its always nice to learn from others mistakes so they are not repeated. Sharing helpful information that will allow an angler to peel away unnecessary difficulties and elevate their experience on the water is often times more valuable than any fishing report could ever be. Hopefully, some of these examples will help a few anglers prevent the mishaps and increase the quality time on the water that we all crave.