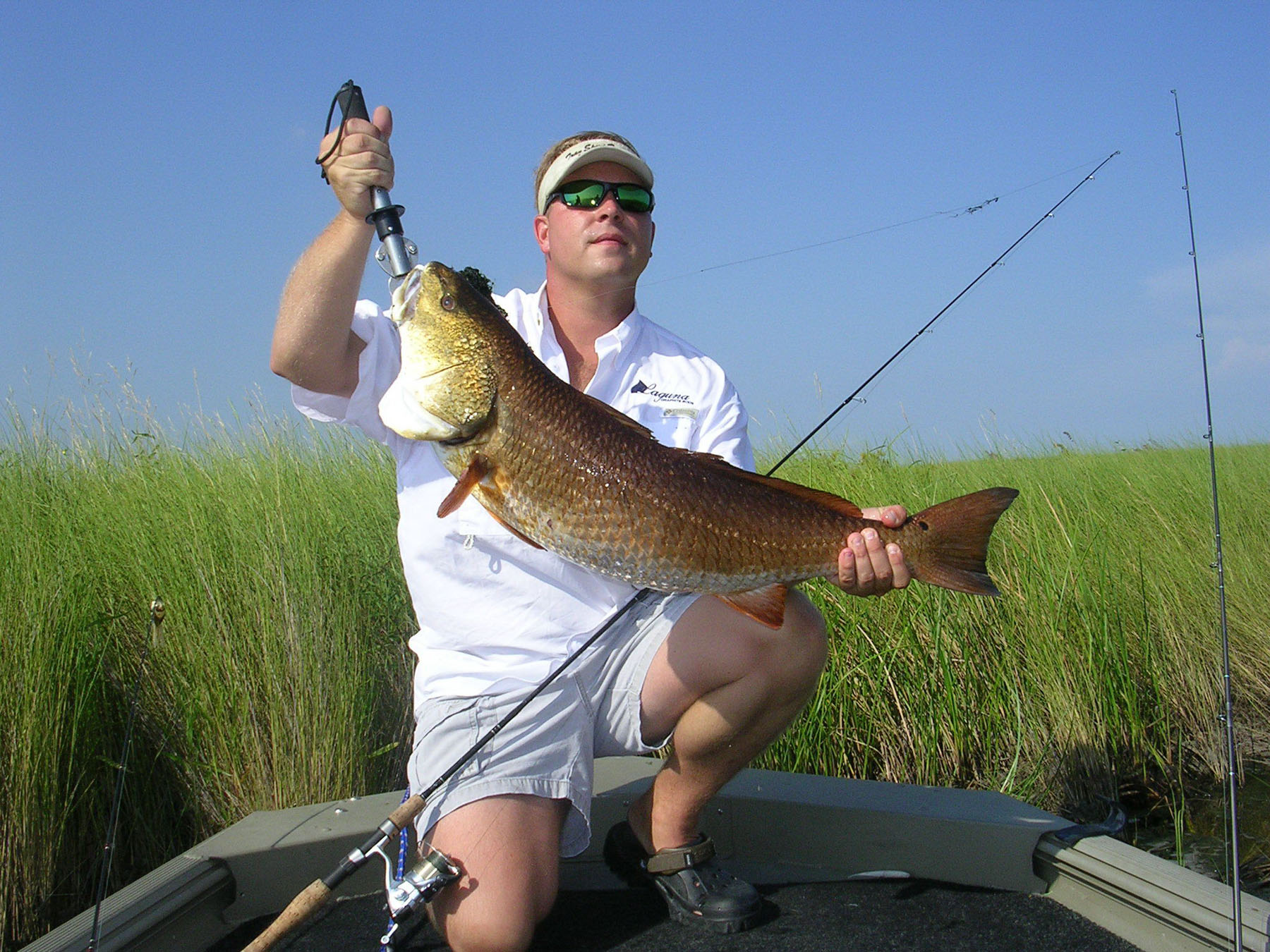 I'm sure that for a large portion of TSF readers one thing that really gets their blood pumping is watching a fish eat their lure. In my opinion, this is one of the greatest thrills fishing can deliver.

There are several ways this can be accomplished and the leader of the pack is the topwater plug. We all know and understand the merits of this presentation so I won't beat it to death.

Other forms include seductively-tied flies and accurate casts to a fish you can see. Another can be a live shad or shrimp dancing under a cork in clear water as a hungry predator stalks from below. All of these create excitement and memories of vicious strikes for years to come, stories to be recanted over a cold beverage with friends and new acquaintances. Well forgive me as I borrow a line from a classic Prince song and say "I am here to tell you there's something else" and it just may be one of the coolest ways to catch fish you have ever witnessed.

All of the forms of topwater presentations and visual approaches mentioned above have one very distinct common factor; they are used in open water. Now I have heard for many years about folks who went down to the Laguna Madre or other locales and fought grass that was on the surface and continued to foul their plugs and jigs. Most folks left behind some productive water due to the fact that they couldn't figure out a way to deal with the vegetation lying on the water. I truly feel their pain and have been in the same predicament until I found my new favorite way to catch fish in the grass, the weightless and weedless plastic frog.

Anyone who knows me or has read previous stories in TSF knows that I love to incorporate freshwater tackle into my saltwater arsenal and this has to be the best one yet, maybe ever. My longtime friend and mentor, Capt. Dickie Colburn, turned me on to using the frogs a couple of years ago while he was using them in some of the bayous and canals around Sabine and Calcasieu.

I took the method a step or two farther as I started using them while in backwater lakes chasing redfish from a poling skiff. Many of the areas I fish begin to get choked off with heavy grass in the late summer and that makes a lot of ponds and lakes almost unfishable, that was at least until the frog came around.

The plastic frog has revolutionized how I go about chasing these fish; this bait can be worked in so many ways that it just about has no equal under these conditions. I fish a couple of different models and both catch fish; the Stanley Ribbit and the Strike King Rage Toad are my favorites. These baits can be rigged weedless and run across the surface like a topwater or buzz bait without ever worrying about getting fouled by grass or other vegetation.

Besides the fact that these lures are nearly 100% weedless, the strikes they draw will absolutely stop your heart. We routinely run these frogs across heavy mats of grass and watch redfish track them underneath the mat and then blow a hole in the water that will leave you breathless. The only drawback in the real heavy vegetation lies with the strike to hookup ratio; you have to let the fish take the frog and not set the hook too early. Sometimes that is far easier said than done.

Now that we have established how well this lure works it is important to learn how to rig it properly. I fish the frogs on either a 4/0 or 5/0 Gamakatsu wide gap offset hook; these hooks offer super strength and have enough gap to insure good hook sets. I rig the frog weedless, just like most folks rig Bass Assassins, by running the point of the hook just inside the skin of the lure after initially exposing it. Along with hiding the point of the hook you will also want to run the frog up on the shank of the hook covering up the eye so you have one less place for grass to hang. Another bit of help comes in the form of covering your leader knot with a small drop of super glue; this makes your leader connection weedless. Once you have this rig complete you are virtually snag-free and ready to do battle in almost any coastal environment this side of a rain forest. This rig also works incredibly well with Assassins in the same kind of environment and we catch a ton of fish on them.

Over the past several weeks I have introduced some very good fishermen to this technique and for nearly all it was an eye-popping experience. The versatility of the bait amazes most folks who have not seen it or tried it. Buzzing the lure across the surface and letting it sink seductively into a fish's face covers just about all the options and covers them well.

Roy Melnar watched in amazement as a 14-pound brute of a redfish inhaled a Stanley Ribbit a mere 4 feet from the boat and all he could say was, "That was absolutely incredible, I have never seen anything like that before."

My son, Hunter, thinks the frog is the best thing since spring break and the snow cone. He has become a true fan of the bait as well as the fish it produces.

Now the frog isn't just for redfish, not by a long shot. Speckled trout will eat this bait too, especially when big fish are running the shoreline. When targeting trout with these lures I have been experimenting with the hooks weighted on the shank, the extra weight makes for longer and easier casts. Under normal circumstances I prefer throwing the weightless lures on spinning gear, the US Reel's Super Caster 230SX paired with a Woodee medium-fast rod seem to be the ticket. The Woodee rod has great sensitivity and serious backbone to set hook and also heft these fish out of the grass; I have been impressed with them all the way around.

Now that you have a new weapon to add to your fishing arsenal all you have to do is try it and see how well it works. Just like the old saying, "necessity is the mother of invention," the frog technique was born out of a need to be able to fish water that was once believed to be unfishable. With this new bait I have opened up a whole new program that has produced some of the finest days on the water I can remember, the results speak for themselves. I promise you it will take only one fish on the frog and you will be as excited about this bait as I am. Next time the grass is too tough to fish, reach for the frog and be sure to hold on tight because the strikes are well worth the price of admission.