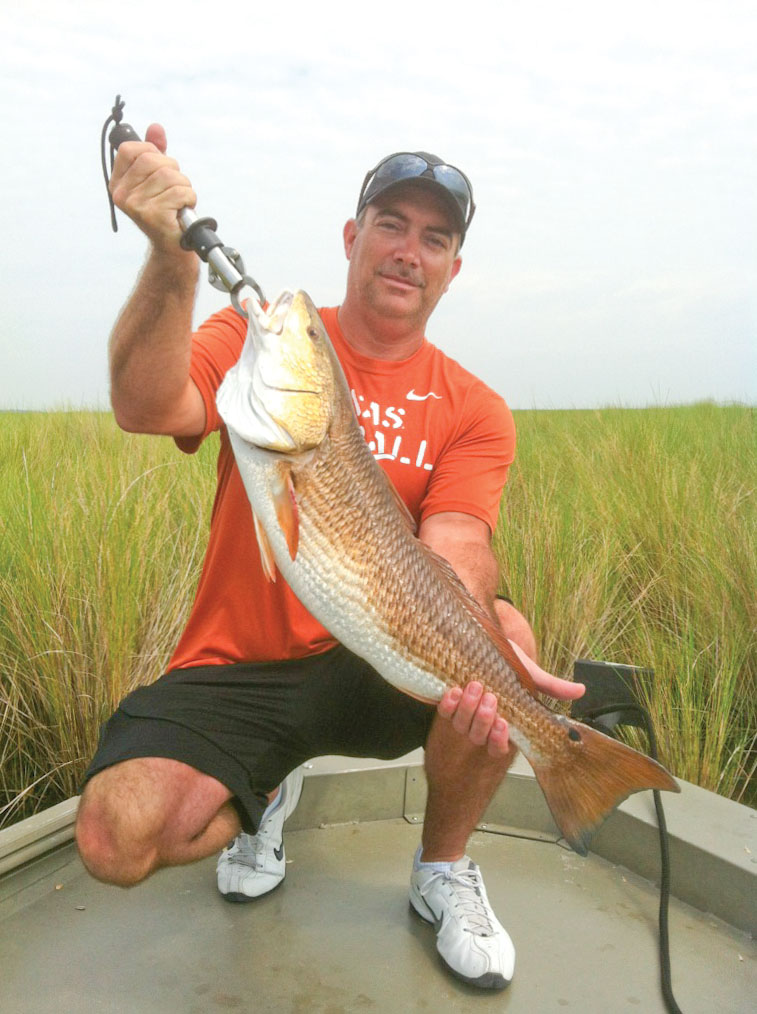 I have never understood why fishermen cannot be happy with things as they find them. Always hell-bent for complicated. Re-inventing the wheel, with corners this time.

In our never-ending quest to catch more and bigger fish we often stray down the path that we think leads to discovery, only to find that if wed just read the street signs wed be in much better shape. Over the years it seems we have become so detailed and specific, the average fisherman suffers all too frequently from paralysis by analysis.

Fishing reports have become thesis length statements, so full of detail that instead of helping, they now hinder the angler. A once simple task has become so complex that many anglers doubt their own ability to catch fish. An extremely simple answer to this information overload phenomenon can be summed up with four letters forming an acronym, KISS - Keep It Simple Stupid. I am a firm believer in the concept and you should be as well.

In our quest to become fish catching machines and super-anglers many of the best things about the sport of fishing routinely take a backseat to the newest, latest, and greatest.

I usually get my own brand of wake-up call from clients who share the boat with me, especially kids and anglers new to the sport. Sometimes it takes seeing the sport through a different set of eyes to help you truly focus on whats good. If you stop for just a moment and think about what is the most basic and pure moment in the whole fishing equation, it has to be when a fish pulls on the other end of the line. At that moment it doesnt matter what lure or bait youre using; what rod youre casting; and for that matter, which species of fish is doing the pulling. All that is truly good about the sport is compressed into that split second when anticipation and excitement meet. Thats what keeps us coming back.

Now a lot of fisherman will scoff at the notion of simplifying the fishing process and they are certainly welcome to that opinion because the sport means different things to different people. I personally love to simplify things every now and again because it helps me gain perspective. Here recently I have taken to the notion of getting uncomplicated and its been a blast.

For years when I first started guiding, my security blanket, if you will, was a handful of Mansfield Maulers and a bag of glow Cocahoe Minnows. I spent hours drifting that slender rattling cork invented by the legendary Bob Fuston and I caught the heck out of fish while doing so. I have come full circle and returned to my old ways it seems as I now reach for that rod with a cork on it more often. I dont care who you are or where you fall out on the angling scale, everyone who fishes loves to see a cork dance and then plunge under water. Its the most basic of all scenes in the sport and something that all fisherman have in common.

Things have certainly changed over the years including the basic cork setup. The Mansfield Mauler has been imitated to death and since spawned a whole new breed of rattling, fish catching spinoffs. Here on Sabine, a local company called Double D Lures (DoubleDLures.com) has started manufacturing a rattling cork that I really like because its extremely durable and catches fish.

The wire thats used on the Double D corks is much stiffer than most so it resists bending as other models are prone to do. Invariably, if you fish a cork rig long enough, a redfish will take a big swipe at the cork instead of your lure and bend the wire up pretty good. The bent wire will usually keep the cork from sliding freely and that causes the rig to be less effective. The cork on the Double D is also a little denser and tougher which further increases the durability and lengthens its life. I have had great success all summer long with the Double D cork rig and its always nice to see a local guy do well.

As for the preferred bait on the business end of the rattling corks, I have become a big fan of the Berkley Gulp, especially the 3 shrimp. This is a simple setup that just absolutely catches fish. I have seen redfish just inhale these baits under a cork when they wouldnt even look at another offering. One recommendation that I can make is to use a jighead with a corkscrew style bait keeper. Gulp baits are not cheap and when you screw them on they stay there. A jighead built on a wide-gap hook is not a bad idea either as they make unhooking fish easier and are harder for the fish to swallow less chance of injuring the ones you elect to release.

The idea of fishing with a cork will certainly be met with resistance from those who believe themselves above such mundane methods and thats okay because everyone has certain likes and dislikes. I have no problem slowing things down every now and again, taking a little time to just have some fun and get a bite. Its even better when those bites become big fish and its great when they wont hit any of the high tech lures of those who look down their nose at the cork.

There is nothing better than hearing a guy at the dock, all decked-out in the latest high-end clothes, glasses, tackle, boat, and truck telling his buddies; Yeah, they caught fish butthey were using corks. And then watching as he places an icepack on his wounded ego.