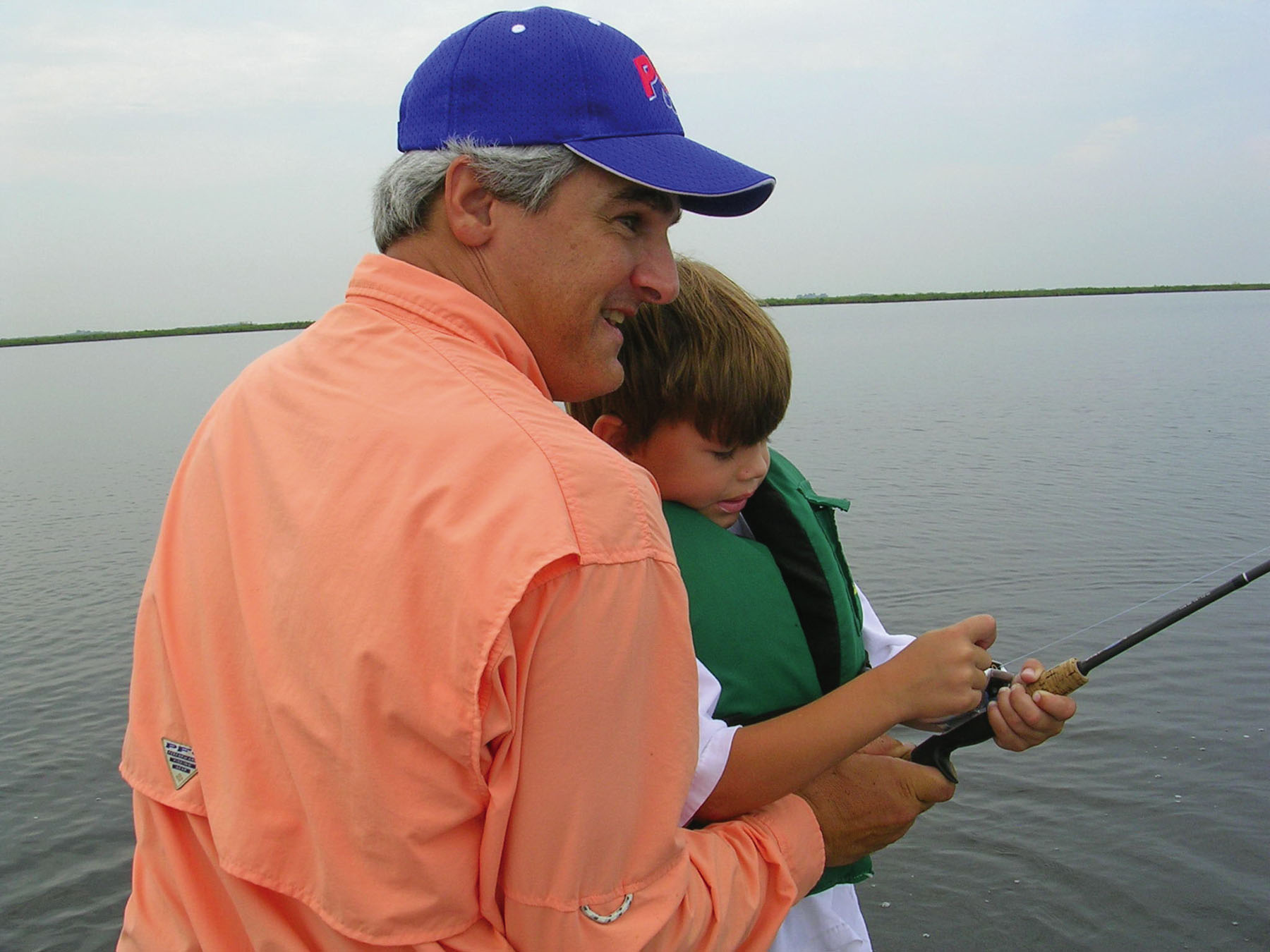 Okay before we do anything I have just one thing to say, "Man am I glad to see October!" All that ridiculous heat we had this summer was absolutely crazy. I swear you could look at the electric meter on the side of your house and you would have thought it was a Skil saw blade the way it was spinning. Right now the world gets a little better every day; my lawn has slowed down from growing right before my eyes, there are teal showing up in the marsh, and yes the fishing is good. Our water conditions are excellent both in the lake and also in the Neches and Sabine Rivers so there are more than enough options to satisfy any angler.

Speaking of any angler, it's always a joy to watch fishermen convert in front of your eyes, and the fall months are perfect time for this metamorphosis to occur. Okay cue the creepy Rod Serling "Twilight Zone" music and follow along for with me for a few minutes. Picture if you will three well-dressed coastal pluggers, decked out from top to bottom in Ex Officio, Magellan, Columbia or whatever. The latest and greatest polarized eyewear draped across the bill of a tried and true fishing cap. An arsenal of tackle that would make Fishing Tackle Unlimited blush with envy and a clutch of high-dollar rods and reels in their hands. Quite an imposing sight; look out fish, these boys don't play around. All the "Gucci gear" in the world can't make the wind quit blowing, now can it? What's a well-dressed angler to do? Well if you're in my boat we retreat to a more protected environment and that means we head for the Sabine River.

"We're going to fish where?" is heard often in these situations. "You mean no waist-deep grinding for all those big trout you always talk about. No twitch, twitch reel. No solunar tables or bowing to the gods of the Corky knock-offs?"

"Not today boys," is my standard answer as I grab a castnet and proceed to fill the livewell.

You see I absolutely love to fish and in my book that means just about any method is okay by me. Sure, I love the thrill of hustling stud trout at daylight and dusk on magnum topwaters, who doesn't? I will hustle school trout under the birds with the best of them, you betcha! Pushing a skiff around in the skinny water for just one good shot at a copper bruiser showing his tail, absolutely! But those are not the only games in town by a long shot. Many a well dressed angler has been reacquainted with his fishing roots in my boat, and nearly all of them left with a smile. I don't care who you are, when that redfish thumps the end of that line and decides to jerk your arms out of the socket, at that moment it doesn't matter what you are fishing with because it's fun and that's what it's all about. Is it the particular method or way you prefer to fish? Maybe not. But it certainly beats the heck out of getting your brains beat in when the wind blows and it dang sure beats being at work. In my book that's a win-win right there. Case closed.

A typical on-the-water conversion starts slow, most resist at first. "You go ahead I'm going to throw this soft plastic for a while" is a common attempt to not stoop to using live bait. After about the third redfish and a handful of trout even the most diehard plugger eventually gives in to the urge. The first awkward cast is usually followed by a look all around to make sure nobody has seen them actually throw out live bait. Once the coast is clear the angler very tentatively appears to engage in the technique. If the angler is so fortunate to get a bite right immediately we could be headed for a quick and full conversion. Most folks just about lose their minds if the fish really cooperate; sitting on anchor catching trout and redfish one after another somehow has that affect on people. And for the grand finale, the angler that happens to catch a career fish using this method finds themselves in the most awkward of positions. "Do I tell everyone about my fish and risk having to admit I didn't catch it on an artificial lure?" Oh the irony gets so thick you could cut it with a circle hook.

Regardless of which side of the fence you fall on, one can always appreciate an alternative method that produces fish when others won't and that's exactly what the Sabine and Neches Rivers provide us. At times the fish that show up will leave you scratching your head wondering "is this guy lost" or "how the heck did this fish get here?"

Perhaps one of the most unusual river catches I ever witnessed was a thirty pound jack crevalle ten miles up the Sabine River from the main body of Sabine Lake. I had two customers in the boat and we were just wearing out the fish when the jack showed up and took me for a ride. After about a twenty or thirty minute fight the fish showed itself alongside the boat and we were all blown away. Jacks, Spanish macks, and bull sharks will all make appearances in the rivers when the conditions are right, no big freshwater run off and plenty of salt are usually pre-requisites. As of this writing we have those very conditions right now, in fact just recently, I caught three dozen small Spanish macks in my castnet while gathering bait. Talk about surprised, I had never seen that before.

This trend toward an increasing number of saltwater species coming farther up the rivers will continue provided we don't get pounded by a bunch of rain. The water in the bayous and river are in excellent shape and there is bait on just about any bank you look at. The short drive to fish these areas is another added bonus for many anglers. The guys in the little boats with lesser range or ability to take rough water are most often the first to retreat to the safety or protection of the river. The guys in the bigger boats will often times just blow right by guys sitting on anchor and say to themselves "that poor guy doesn't know what he's missing" as they head out for parts unknown and far away. At the same time the guy in the small boat just shakes his head, grabs another fish, and says "that poor guy doesn't know what he's missing."

Now that we have entered the really prime months it would be wise to start watching for the first cold fronts to arrive, they will begin to purge the marshes of the shrimp and the bird activity over schooling fish will go nuts. The ability right now to hustle just about any kind of pattern rarely gets better than in late-September and October. From the shallow stuff all the way out to the short rigs, it will all be happening as we make that big turn towards the winter months. Take advantage of every opportunity you can because cabin fever will be here before you know it.