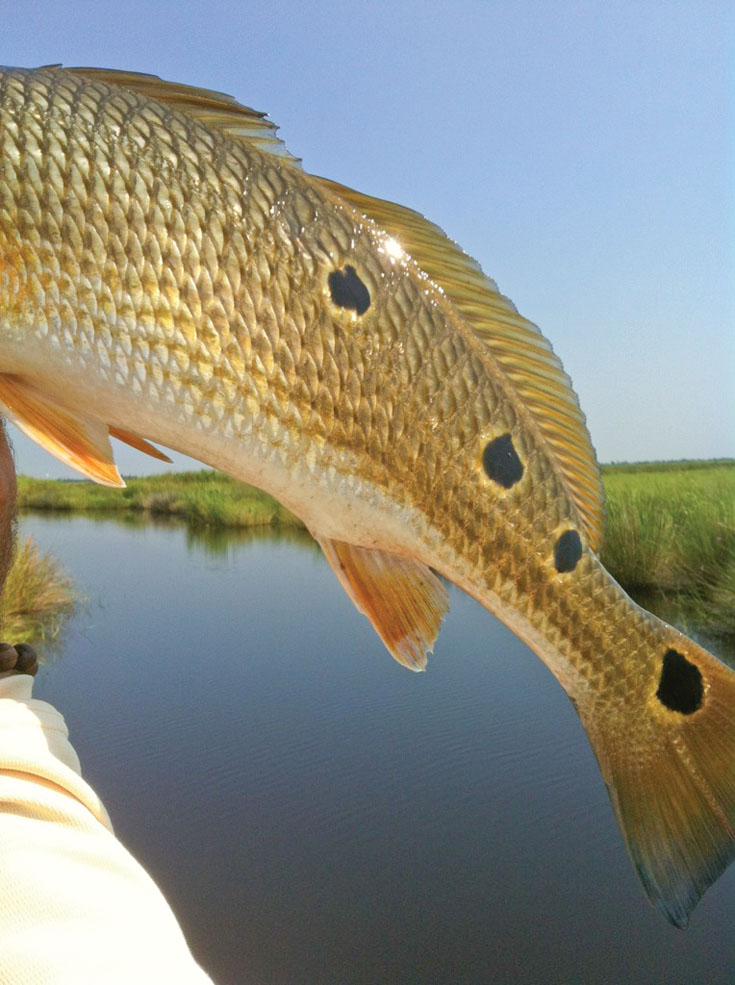 We should have entered the spot pot.

Its no secret to anyone with a pulse that the ultimate month for Texas outdoors enthusiasts is November period. Many of the best things that help define our great state are on prime display as a camo-clad nation of sportsmen converges on all four corners of Texas with either a fishing rod, a gun, or sometimes both in hand. Cooler weather that brings relief from the hot summer months gets everything moving, from speckled trout to speckle-bellied geese. November is a buffet of endless opportunity and it makes me glad that I live in Texas.

Hopefully, as you read this, your lawnmower has all but been put away for the year, the heater on your house has been used at least once, and a light jacket is now part of your everyday wardrobe. OK Who am I kidding? This is Texas and the weather will never cooperate to that extent so we will just make do with what we get. One thing we can all bank on though, coastal fishing seldom gets any better than it will be in November and Im talking numbers of nice keepers right up to career-best trophies!

Easily the most influential factor for fishermen will be water levels, perhaps lack of might be a better way to put it. The northers of fall and early winter will do a number on water levels in general and successive cold fronts will blow the water out the marshes ushering tons of bait toward the larger bays where it will become a free for all for the predator species.

Large flocks of gulls, terns, and pelicans will dot the horizon and point the way for anglers to easy pickings. These flapping congregations will often work for much longer in the fall as the fish below the surface dont have to work as hard to keep shrimp bunched together and herded near the surface. Shad on the other hand are much harder for speckled trout and redfish to keep bunched together while they feed so, consequently, the flocks covering this action usually dont hang around nearly as long, which can be frustrating.

Nothing is more irritating than spotting a group of birds working, making a lengthy run to reach them, and then having them break up as soon as you arrive or only make a few casts. For this very reason I often will watch the working birds with binoculars to see what they are picking off the surface. If they are grabbing shrimp it is a much safer bet they will hold long enough for you to join the fun. If I can see the gulls or terns snatching the odd shad I may to drift through the set and not really commit to them like I would if they were on shrimp.

If the run-and-gun of hustling November birds and schooling fish is not your style; look no farther than a protected flat adjacent to a marsh slough because you can certainly get your string stretched there. Some of the absolute best fishing of the year for big speckled trout in good numbers happens during November on Sabine and Calcasieu. Classic ambush points at the mouths of marsh drains that flow over shallow flats will offer anglers plenty of potential to tangle with a career fish.

One of my favorite situations to fish is an outgoing tide on days when the temperature is on the increase with light wind. For example lets say the air temperature has been in the 50s for a few days and then it warms up and temperatures spike toward the 60s. Marsh water warms quicker than the bay. As the tide starts to go out, this warmer water flows over the shallower flats and really kick-starts activity of both baitfish and predators. Speckled trout, redfish, and flounder will really get cranked up and often times feed much more aggressively than they would if it was just an outgoing tide with similar water temps in the marsh and bay. Its very noticeable, similar to a thermocline in deeper water, this situation will stack a lot of fish into a small area. Sabine is full of areas that fit this pattern and it really works. Flounder fishermen probably take more advantage of this scenario than anyone but it works just as well for a variety of species.

Now the third option for anglers in November is to concentrate on the deep water in the Sabine River and Intracoastal Waterway (ICW). Last fall was borderline ridiculous for local fishermen as the lack of runoff from Toledo Bend allowed the Sabine River to become as pretty and salty as I have ever seen it. The fishing was fantastic as speckled trout and redfish seemed to be stacked up every shoreline and would readily inhale all manner of swim baits and soft plastics.

A very similar pattern appears to be forming as I type this because the Sabine River is growing clearer and saltier by the day. With just a little effort and determination an angler can put together a pattern or a plan that will work just about every day under these conditions. There are also several bonuses that come with fishing the Sabine River at this time of the year, like lots of redfish, an occasional striped bass, some really big speckled trout and flounder. The greatest bonus is using little to no gas. Thats about as good a situation as you could ask for without just getting greedy. Plus you can always find protected water in the river so you never get blown out or blown off the water like in the open bay. Could it get any better?

So if all the options I have listed here are not enough to get you headed to the Sabine area; dont give up because there is more. For the coastal angler that also enjoys wingshooting, November is your month. Avid coastal enthusiasts often double up on their outings as they bring fishing tackle along with their shotguns and decoys on many trips. Coastal duck hunts are one of the coolest things you can do in November as millions of birds migrate to Texas from the north. There are very few things as cool as shooting a limit of ducks and then catching a stringer full of great fish in the same day. The blast and cast is one trip that everyone should have on their to do list. A Texas treat that makes this season all the more special.