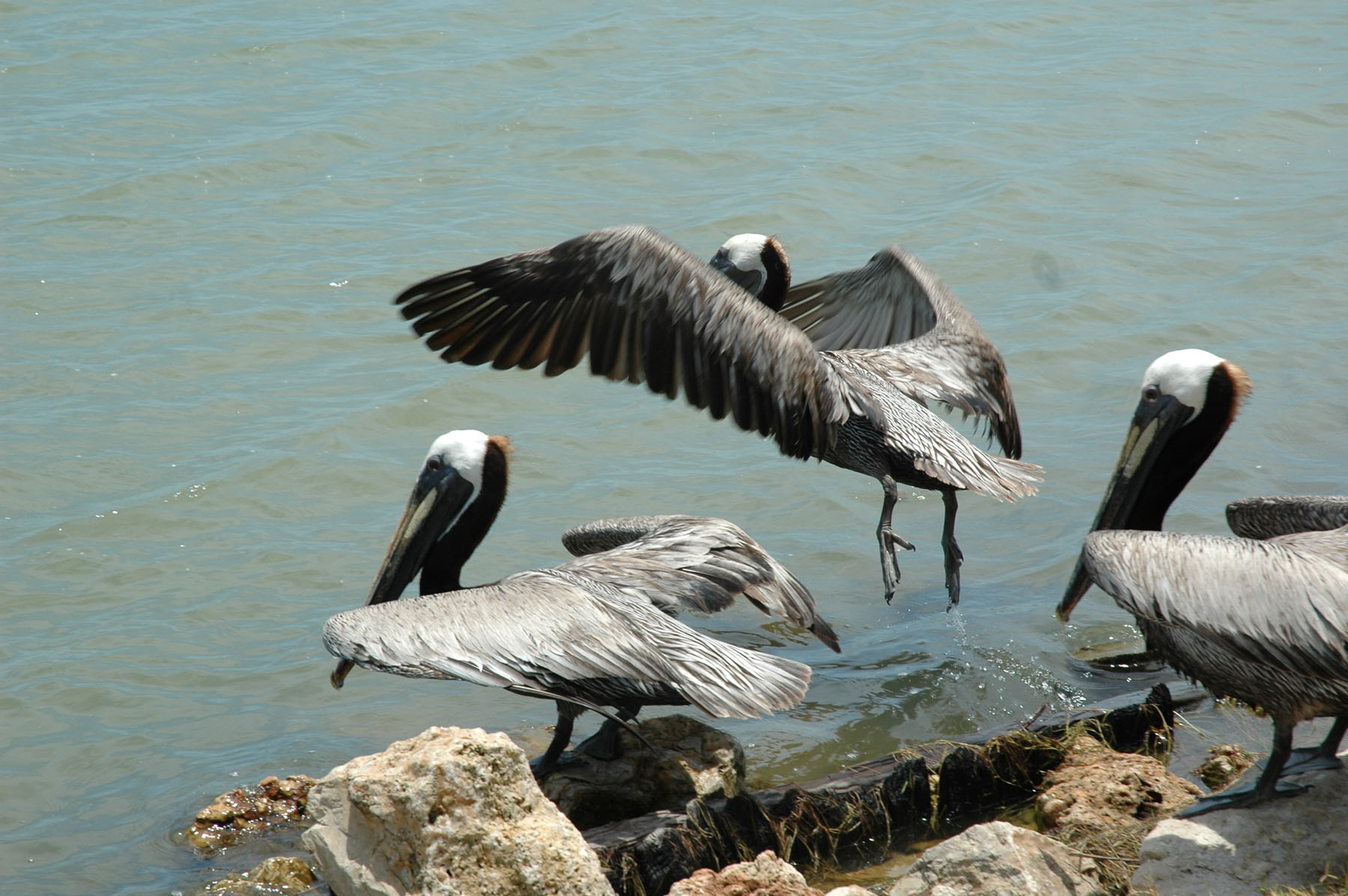 In many ways our freshwater counterparts have it made; no tides to worry about, no fish stealing sharks, and you couldn't step on a sting ray if you tried. The saltwater folks on the other hand have plenty of positives as well, like how many hard pulling species of fish one can encounter on a single trip, or the simple fact that you have the potential to hook a creature that may indeed be bigger than your boat. Both sides have great arguments that back up their claims to being the best bite going. One thing the freshwater folks have that we don't is an overabundance of fishable structure, or do they?

Saltwater structure varies in many ways and can be as simple or complex as you want to make it. For instance, let's talk shallow structure; very minor depressions in a flat can be called structure because they fit the mold. Structure is something different in an area that fish relate to or use for certain purposes like food or shelter. Any small depression that can offer fish an opportunity to escape a strong current or aid them in ambushing baitfish is classifiable as structure. More noticeable structure could be grass lines or other vegetation growing in or near the water. Sometimes the presence of grass can actually help you find certain types of structure, like underwater points. Along the banks of the Sabine River we have a certain spartina-like grass that grows along the shore, each place where this grass grows usually indicates a shallow point that runs out into the river. Points like these are fish magnets; we have had some incredible days fishing the down current sides of these areas and we continue to use them any time we fish the area.

Now a more classic version of structure for saltwater fishermen would be reefs made from various types of shell such as oyster, clam or mussel. These areas are perhaps the most targeted structure in all the bay systems along the gulf coast. A productive reef can and will attract plenty of attention from both fish and fishermen. Each bay has its own big-name reefs where fishermen congregate regardless of whether the fish are biting or not, it doesn't matter because everyone knows the area so consequently it must be good. The real hidden gems in any bay are the small reefs that not many folks know about because they receive little pressure and often produce big fish. I know guys who guard these areas like they were gold; they will often abandon the area if a boat gets near only to return when the area is vacant. GPS numbers to small hotspots like these are closely guarded and rarely shared with someone outside "the circle" of close fishing partners. If you are fortunate enough to find a place like this you would be wise to keep it to yourself.

Now what about finding one of these hidden gems, one of those "go to" spots that seem to always attract and hold fish. There are all kinds of methods for locating a reef or pile of shell and they all have one thing in common, they take time and effort. Many anglers will use the winter months to locate shell because the fishing is slower during that time of the year. I have seen people drag chain, conduit, or some other contraption that will make noise when it hits shell. Others will carry a push pole or some conduit and randomly probe the bottom as they drift an area. I have spent hours watching oyster boats work and recording GPS numbers on places where I never knew there were oysters. You can use all kinds of methods as long as you are willing to put in some time because that is the key.

Now back to our freshwater friends and one advantage they have over us in the salt, they can build their own structure. I am sure most folks have heard about anglers up on the lakes sinking Christmas trees or other forms of structure to attract crappie and other fish, the technique is simple and it works. Saltwater folks have to contend with a few more rules so this technique is a little more difficult to pull off. It is my understanding that you just can't go out and start dumping shell or rocks in a bay and make an artificial reef, if this was legal you can bet there would be some folks out there who would just go crazy with the practice. I will say however I have found wooden pallets, box springs, bathtubs, and even commodes make great artificial reefs when you find them sunk in a particular area. How these items got to where they are I don't know, all I can say that they hold fish and can certainly be classed as fishable structure. I can just see it now the next time I catch a bunch of fish telling everyone "yeah that commode and bathtub pattern is really holding strong." Only an upper coaster or Cajun could appreciate a report like that.