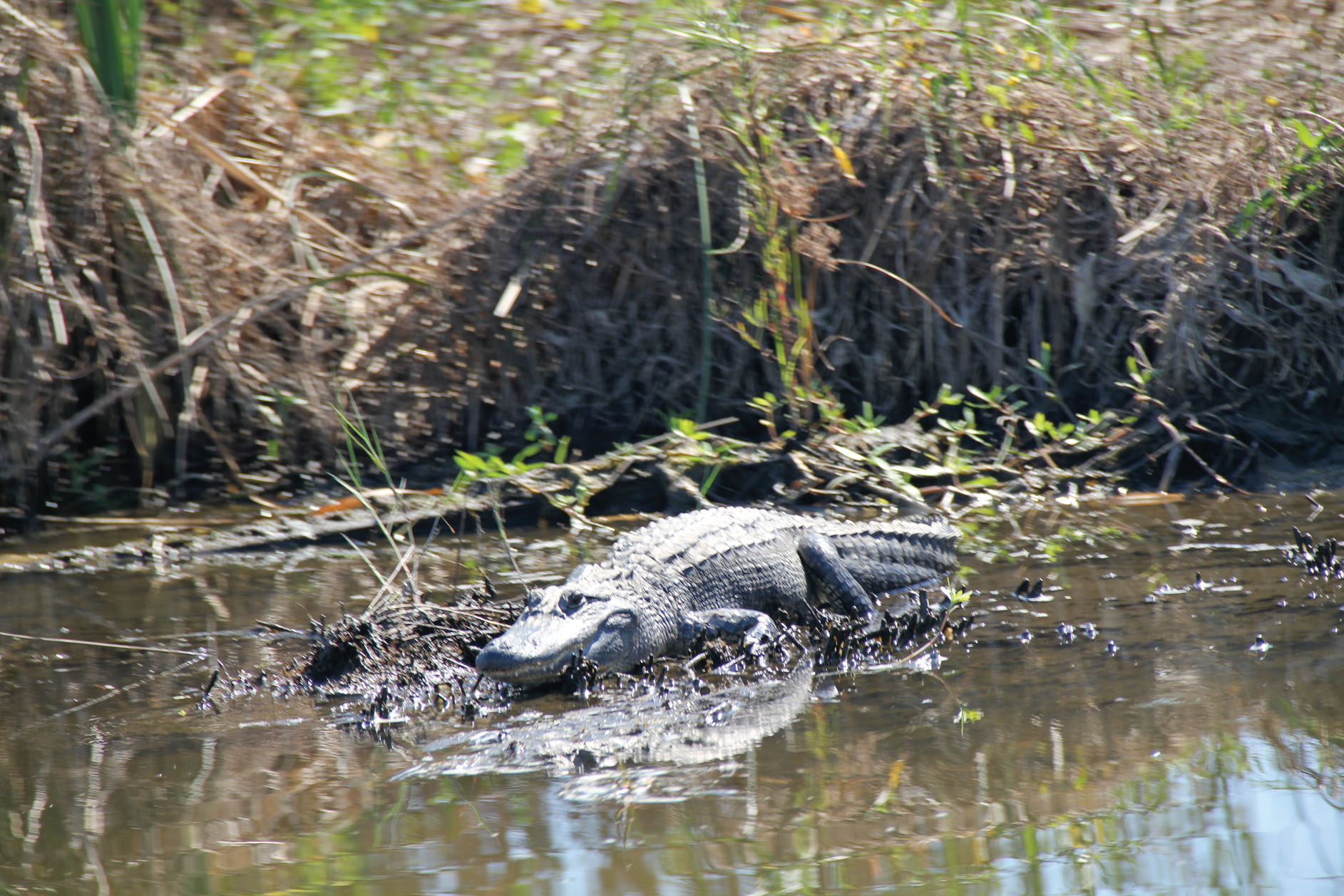 It is amazing how quickly the marshes respond to a drenching of freshwater.

Sometimes it's difficult to just get out of your own way. For some unknown reason things continue to clutter our path and keep us from achieving a particular goal. Some clutter cannot be helped but a whole bunch of it can be.

The biggest obstacle is often us and our own aversion to change - I am a perfect example. "I've been doing it this way forever," is a favorite excuse and one that many anglers use. The thought of changing the routine or altering the status quo is just too foreign a concept. Which brings me to the point that resisting change is one thing, resisting to the point that it causes you to suffer in any way is just dumb.

I personally have no problem telling off on myself as I've never been so vain that I couldn't poke a little fun at my own expense. Perfect example; two clients in the boat with me and we are working a grassy shoreline looking for redfish. All of us are throwing topwater plugs and waiting for the bomb to go off as redfish are prone to do. I am doing my best to pick apart the area and help establish a pattern while my Super Spook Jr is crawling across the surface like a champ. The textbook retrieve looks enticing to the eye and is finally met with a thunderous strike. Redfish number one makes its way into the boat and all is good, at least that's what I thought.

For roughly three hours the two rookies in my boat, who aren't even close to working a topwater with any hint of side-to-side motion, begin to just absolutely school me. I'm talking these guys can do no wrong. I just watch in amazement, refusing to change my retrieve to match their ridiculously spastic cadence because I can't make myself look that silly. My refusal to adapt to their style and pace contributed to the massive tail kicking that I took that day and I only have myself and my ego to blame.

Another great example that actually worked out well for me happened several years ago as Mike McBride, Art Wright, and I were drifting over some deep shell along the Louisiana shoreline of Sabine Lake. At the time MirrOlure had just sent out their newest prototype topwater plug, the She Dog, and I was an instant convert. Those trout that were out in the middle of nowhere in six feet of water were just absolutely mashing the new plug much to McBride's dismay.

"I refuse to throw anything that sounds like a handful of hex nuts rolling around in an empty coffee can," he quipped as his Super Spook took flight. After Art and I landed another half dozen trout apiece I offered Mike one of the "magic" She Dogs. His response was the same but his lure was different. For the better part of an hour Mike continued to rummage through his bag looking for another plug to combat the She Dog as we howled with glee at each trout that blasted our offering. The constant cackling finally wore Mike down and forced him to do what he'd so adamantly resisted and that was to ask for the She Dog - because a man can only stand so much.

Those two examples paint a vivid picture of what can happen when you just get a good case of the hardhead and refuse to give in, even when the obvious answer is right in front of you. Some folks are just wired different, genetically set up to do things the hard way, and to enjoy the trials and tribulations that come with them. Others are quicker to jump ship and latch onto the methods that are producing. No problems either way until one decides the other is wrong. Gun hunters versus bow hunters, artificial versus live, blondes versus brunettes, and so on, the arguments and opinions fly. Choosing sides only escalates the conflict and widens the gap. On the rare occasion that compromises are made it's almost a certainty that success isn't too far in the future.

Speaking of the future - it looks awfully bright for Sabine Lake thanks in large part to some much needed rain. The surrounding marshes are in as good a shape as I have seen them in quite some time. Not only does the vegetation look good the fishery is certainly on the increase as well. The amount of small redfish that are running around in the estuary is amazing and there is no better evidence that the ecosystem is healthy. The back-to-normal state we see developing on Sabine and surrounding waterways is a welcome change from the ultra-drought conditions of last year. The high salinity levels that were so prevalent brought with it both good and bad scenarios, the worst of them being the damage that was done to the fragile vegetation in the marshes and rivers. On my duck lease we had tons of hand-planted grasses that were designed to help prevent erosion just absolutely wither away under the super saline conditions. Cattails, widgeon grass, and all others sorts of vegetation were almost completely gone for months. It's amazing how the marshes have seemingly bloomed overnight as the freshwater has displaced the salt and returned everything back to a normal state.

I know there are plenty of folks who are anticipating a really good spring on the south end of the lake and jetties as the northern half of Sabine takes the big hit from the freshwater runoff. The big reef at the Causeway and the deeper water in the channel will be loaded up until the big runoff subsides. The bite at the jetties during the month of April and May will be worth the trip and those early risers will surely love what happens as they probe the rocks with topwaters before dawn. Jetty trout just seem to be a little wilder than most and it wont take you long to figure that out when you get the first bite. In the meantime as the rest of the area drinks in some sweet fresh water all the signs point to a really impressive year.