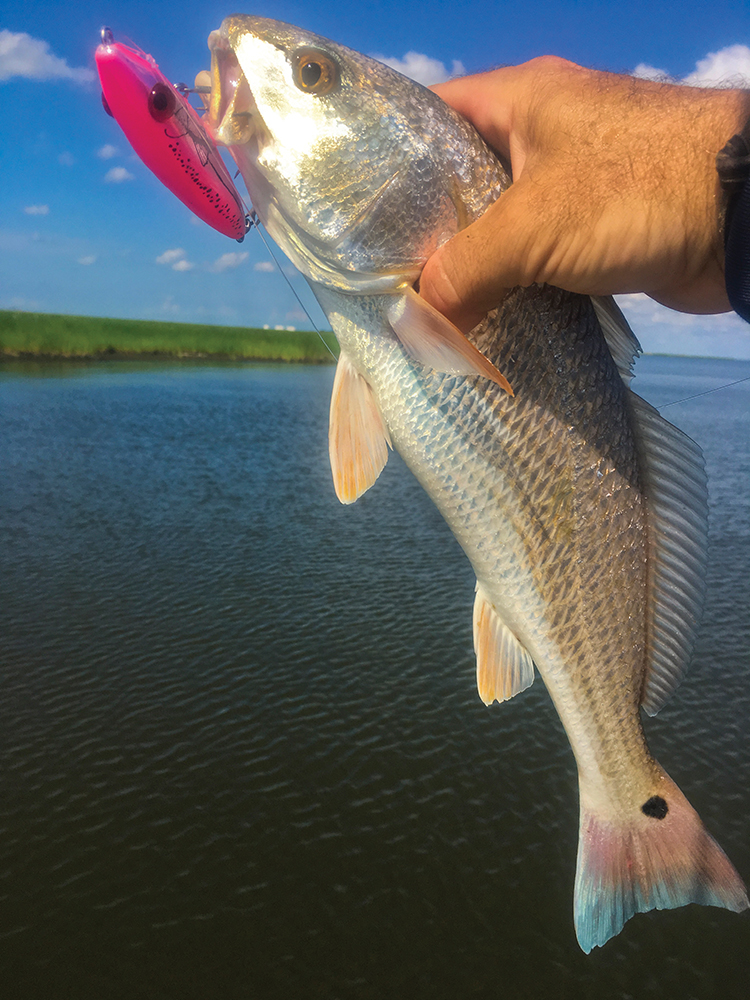 Plenty of redfish in the 14-18 inch class signify a healthy marsh.

Years ago there was an incredibly popular ad campaign by the athletic shoe giant, Nike, that included the phrase – Just Do It! That catchy slogan remains entrenched in our pop culture mindset and in some ways represents the way people nowadays think they should act regardless of how it affects others around them.

And, with that, the population of Texas is growing phenomenally, especially in coastal communities. Throw in the gravitational pull felt farther inland by vacation-loving tourists and our bays and beaches sometimes become very crowded places. Crowds are not exactly what fishermen want to think about when they head for their favorite destination, but it’s a fact of our now everyday life that has to be dealt with and there is zero relief in sight. Fishermen have two choices; deal with the intrusion or take up a new a hobby.

If you decide to continue fishing, which I pray you will, you can be a positive influence upon other anglers by just following the Golden Rule – Doing unto others as you would have them do unto you. Being courteous and doing the right thing takes little effort in most situations and the long term rewards are many.

Over the years I have witnessed some incredibly discourteous acts and I’m sure most folks who spend enough time on the water can relate to all of them. Recently I have noticed more and more personal accounts of rude behavior, discourteousness, and just general lack of fishing etiquette being shared on various social media outlets. I must admit that out of morbid curiosity I have a hard time not reading those threads. Unpleasant encounters between boaters, similar to motorists in traffic slowing down to gawk at an accident or another driver receiving a traffic ticket.

Easily the most reported and discussed acts of poor manners center around someone feeling that another fishermen encroached on their space. When discussing what is “too close” you can expect myriad reactions and responses. Wade fishermen are probably the most interesting examples of this problem because they are found on both ends of the spectrum. On one hand, waders get their space invaded more frequently simply because they cannot challenge a boat. On the other hand, some waders believe they are entitled to an enormous amount of real estate and, if you get anywhere close to that imaginary line, you are in the wrong and should be punished accordingly. The easiest way to eliminate hard feelings though, is through communication. A simple wave or gesture exchanged between parties will often result in an understanding where everyone will feel comfortable going on with their fishing. Simple acts of courtesy go a long way in defusing situations.

Another highly-contested area is the space around a flock of birds working over a school of actively feeding fish. It would be so easy to write page after page chronicling the insanity I have witnessed under the birds. The excitement of impending good fortune that accompanies finding these fish can go south in a hurry when a discourteous boater wishing to join the action drives in hard with his outboard motor. The feeding ceases immediately and the fish scatter, leaving everyone involved with sinking thoughts of what could have been.

Generally speaking, these encounters end with one boat grumbling to themselves about the lack of respect displayed by the offender as they motor away. Sometimes though, you can learn new and exciting expletives, or at least ways to express some you do not use or hear very often.

I have heard combinations of anger laced with profanity that would make a sailor blush or roll on the deck in laughter. Perhaps the most extreme instances of confrontation included an invitation to settle the dispute on a nearby sandbar. Another included a pistol being waved – though not pointed at anybody – thank Heaven. No fish is worth all that.

One of my personal favorite practices when approaching another boat working a flock of birds over feeding fish is to ask the other boat if they mind if I join in. I have actually done this with clients on my boat. We trolled up within earshot, not allowing my folks to cast until we got the OK.

It’s amazing to see the looks on their faces when you approach the situation in this manner. And, for the record, I have never been refused when I asked permission politely. Quite often, two boats fishing cooperatively will result in more fish being caught than either could have accomplished on their own. That simple act of courtesy will more often than not result in the favor being returned when the roles are reversed, and you could end making a new friend in the process. I’ve seen it happen on numerous occasions, later in the day or the next, that same boat would approach me the same way. I don’t care what anybody says; courtesy is contagious and everybody wins in the end.

I was chasing birds with clients one afternoon on the south end of Sabine Lake. The shrimp migration was running full bore and flocks of gulls were numerous. On several occasions we were able to see shrimp coming up and skipping across the surface before the birds could get on them – that’s how good it was. Amid all this opportunity, the many boats in the area could each work their own flock with nobody even thinking of horning in on their neighbor.

During a bit of a lull in the action I was close enough to observe an angler on another boat snag a seagull during the feeding melee. Anyone who has ever fished under birds has likely had this happen. It’s a pain when it does but that’s just a fact of life when things get chaotic.

Now, this episode was playing out in plain sight of the folks on my boat while we stood at the ready for the school we were on to reappear. My group were chuckling rather quietly as we’d already been through such an incident a bit earlier. But what happened next caused them to go completely silent.

The guide who was on the front of the boat, seeing the gull wrapped in monofilament fishing line and flailing helplessly on the water, instead of taking time to retrieve the bird and free it, he simply cut the client’s line and tied on a new lure for him to continue fishing as the hapless gull drifted away.

I was absolutely stunned at the total disregard for the bird that by that time had become so hopelessly entangled that it could barely move. Unable to stand the sight of what had just happened, I trolled over to the bird, covered it with a towel to get it under control, and took the time to untangle and release it. The entire episode was witnessed by the offending boat and I hope they were ashamed of their actions. There is absolutely no excuse for that kind of behavior.

Well, I guess I can climb down off my soapbox now and maybe give a little bit of relevant information concerning the fishing in my part of the world. It’s been a bizarre year so far on Sabine and Calcasieu. No matter what we try, the trout just refuse to cooperate.

I have no clue why trout fishing has been so slow and I’m not alone in this. Theories abound but perhaps what makes the most sense is the enormous amount of rain we received during Hurricane Harvey, rearranging the migration and feeding patterns. What makes it even more difficult to understand is that the redfish program seems not to have missed a beat. Reds are plentiful anywhere and everywhere at the same time. Our marshes look better than they have in years and the herds of small redfish patrolling the banks prove that point.

I look for shrimp to start dumping into the lake very soon and hopefully that will kick the trout into high gear and usher in some exciting schooling activity. The dog days of summer are just about here and we are inching closer each day to the magic of the fall season. Relish that thought as you try to stay cool in the meantime. Sabine and Calcasieu are both on the verge of hopefully breaking out and going crazy, so don’t miss a chance to be out there when it does.