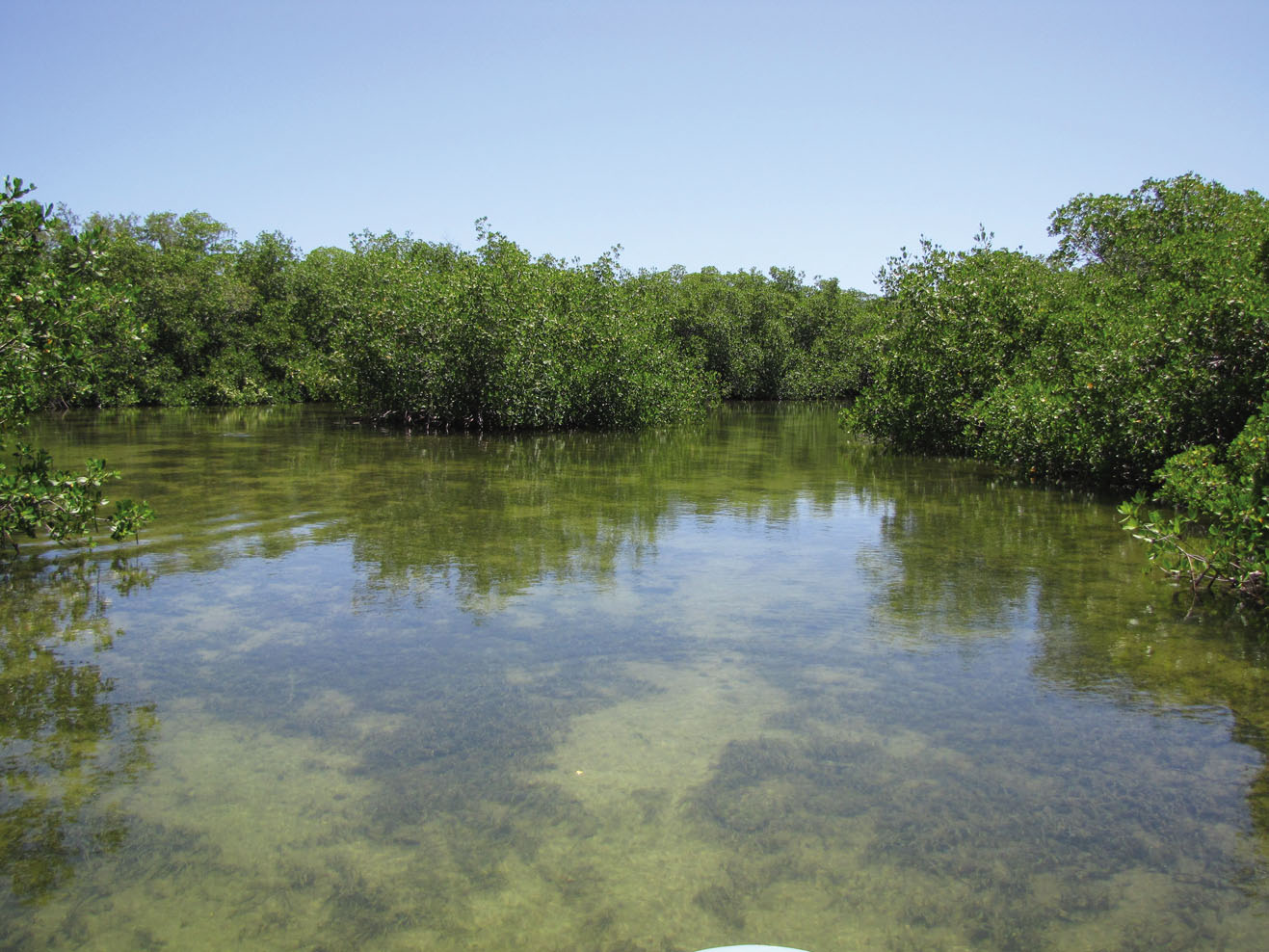 Pardon me for just one moment while I steal a line from Texas country music singer, Roger Creager. "It's the invisible intoxicant, called Everclear."

Clear liquid doesn't have to come in a bottle, be a zillion proof, or cost $10 at the bar to do a number on your senses. The water in your nearest bay during the winter months can easily have the same effect.

Catch clear water in your favorite fishing spot and you may be subjected to withdrawals, hangovers, and other maladies that plague those who indulge to the point of excess. I can only speak from personal experience and tell you that once you get the chance to watch your fish before, during, and after the strike you will never feel the same again.

Upper coast bays that so rarely exhibit the clarity of famous lower coast venues will occasionally get so ridiculously clear that catching fish on lures becomes next to impossible. Super clear water that happens during the winter months magnifies the need for a stealthy approach, pinpoint casts, and subtle lure presentations. One cannot go barging across a gin clear flat like a water buffalo on a unicycle and hope to achieve the desired result. Quiet and slow is the name of the game when chasing fish in this kind of water where even the most subtle movement could spook a fish that may change your fishing life. The clear stuff demands a different tactic but it also pays out big rewards when done properly.

I can remember the first time I fished ultra-clear wintertime water on Sabine Lake. Many years ago during a mid-week January trip I had my eyes opened to just exactly how clear the water could get and I was truly amazed. My clients and I had worked our way south down the lake chasing flocks of unmolested gulls–no other boats in sight. About 10 o'clock the tide had just about stopped and the fish turned off for the time being so we decided to make a little run to an area that held some structure and hopefully some fish.

The big bay boat settled off plane and I marveled at how the prop wash seemed to be so clear. We settled in to a stretch of water that was anywhere from 6 to 8 feet deep and began probing with soft plastics. One of my clients had a small backlash that required my attention so I put my rod on the deck and took care of the problem before making another cast. As I worked on the backlash I happened to catch a glimpse of some color in the water and initially paid it no mind. While handing the rod back to the owner I noticed the color again and this time decided to investigate. What I had been seeing were small patches of shell on the bottom in 7 feet of water, I couldn't believe it.

I took my rod and dropped the jig beside the boat and watched as the soft plastic came to rest on the bottom as clear as it could be. After winding up the slack I picked up the jig to judge the depth by how much line was still out and sure enough it was a good 7 feet. That type of clarity is almost unheard of in Sabine Lake and only happens a few times a year, so I was more than shocked.

The knowledge I gained on that trip, being able to see firsthand what the shell looked like and where it was located, was invaluable, especially when the normal clarity returned. My clients and I spent the rest of the trip casting jigs to the previously unknown structure and had a marvelous afternoon picking up trout and redfish that we may never had found otherwise.

Fast forward several years, same time of year, same type of water and nearly identical results. My good friend Johnny Cormier and I were prowling around on Calcasieu on a January day in search of a big fish and the species didn't really matter. We stopped a couple hundred yards from an area where we knew some fish had been holding and were preparing to make a wade when we started seeing fish laying right next to these scattered shell piles. From our vantage point of the front deck we could see so much better in the water that we decided to forego the wade in favor of a little sight-fishing.

The majority of the fish we were seeing were upper-slot reds and seemed undisturbed at our presence as they continued their rooting for food. It was absolute chaos for quite sometime as we just made long drifts and picked off these fish on a variety of baits. The opportunity to watch these fish and how they reacted to our presentations was eye opening and something very few anglers get the opportunity to witness. One thing we saw was how important the little things were in the clear water. For instance we compared using fluorocarbon leader to not using any at all and it was hands down better fishing with the clear leader material. Another thing that seemed to fit in line with conventional thinking was using a smaller bait. We continuously changed plugs to see how they would work under those conditions and the smaller offerings won the battle. This is very similar to how we attack the same clear water in the summer, a Junior-size Spook or Spit'n Image will often out produce a full-size Spook or similarly large plug in that environment. The biggest difference here was being able to actually see the fish and how they reacted. It was incredible.

Nowadays, I actually spend most of my time in that same "intoxicating" clear stuff, searching out shallow water redfish. The constant battle of trying to locate and see these fish before they see you is a daily challenge that will humble even the best anglers. I truly enjoy the shallow water environment but when I get the chance to fish that clear water in the open lake I jump at the chance.

When the water in the lake gets winter-clear is probably the best chance any upper coast angler will ever get to sight-cast to a big speckled trout. Lower coast anglers get that opportunity far more often than we do, so it's kind of old hat to them. One of the best shallow water guys I know is Ron Begnaud of Lafayette. Begnaud and I have had many adventures over the years but one encounter still causes us to shake our heads. On a perfect late-winter day with warming water temps, we were working a shoreline and happened upon two absolute giant speckled trout. They never spooked but likewise showed no interest in our offerings before they leisurely swam away. From that point on we changed our whole approach, and were rewarded with some really good fish for the effort, but nothing like the two we watched swim away.

To properly take advantage of the opportunity to see your fish you absolutely must have high-quality polarized sunglasses. A host of manufacturers have been offering some great products for years now, and a relatively new one I have added to my list is Bimini Bay's Salt Life line. Several features appealed immediatelythe first being the quality of the lenses, made by none other than Zeiss. Another great feature is minimal soft rubber or plastic components that tend to degrade from sweat and sunscreen all too soon with other brands. I found my Salt Life glasses extraordinarily light and really comfortable to wear. I've been using them for several months and I am truly impressed with the performance. These glasses are definitely worth a look, and priced competitively. You won't take a big hit in the wallet with Salt Life.

The winter months are not exactly what you would think of when the subject of clear water comes to mind but trust me when I tell you it's a mighty good time to check it out. For some reason the water seems to settle out quicker in the winter and the big fronts that empty the bay will help wash away most muddy runoff and usher in clean clear water in its place. The potential to see things you never saw and catch fish in a way that was previously unthinkable is all you need to know to get yourself out there and see it for yourself. Wintertime clear-water sight-fishing is one the coolest things you'll ever experience on the water.