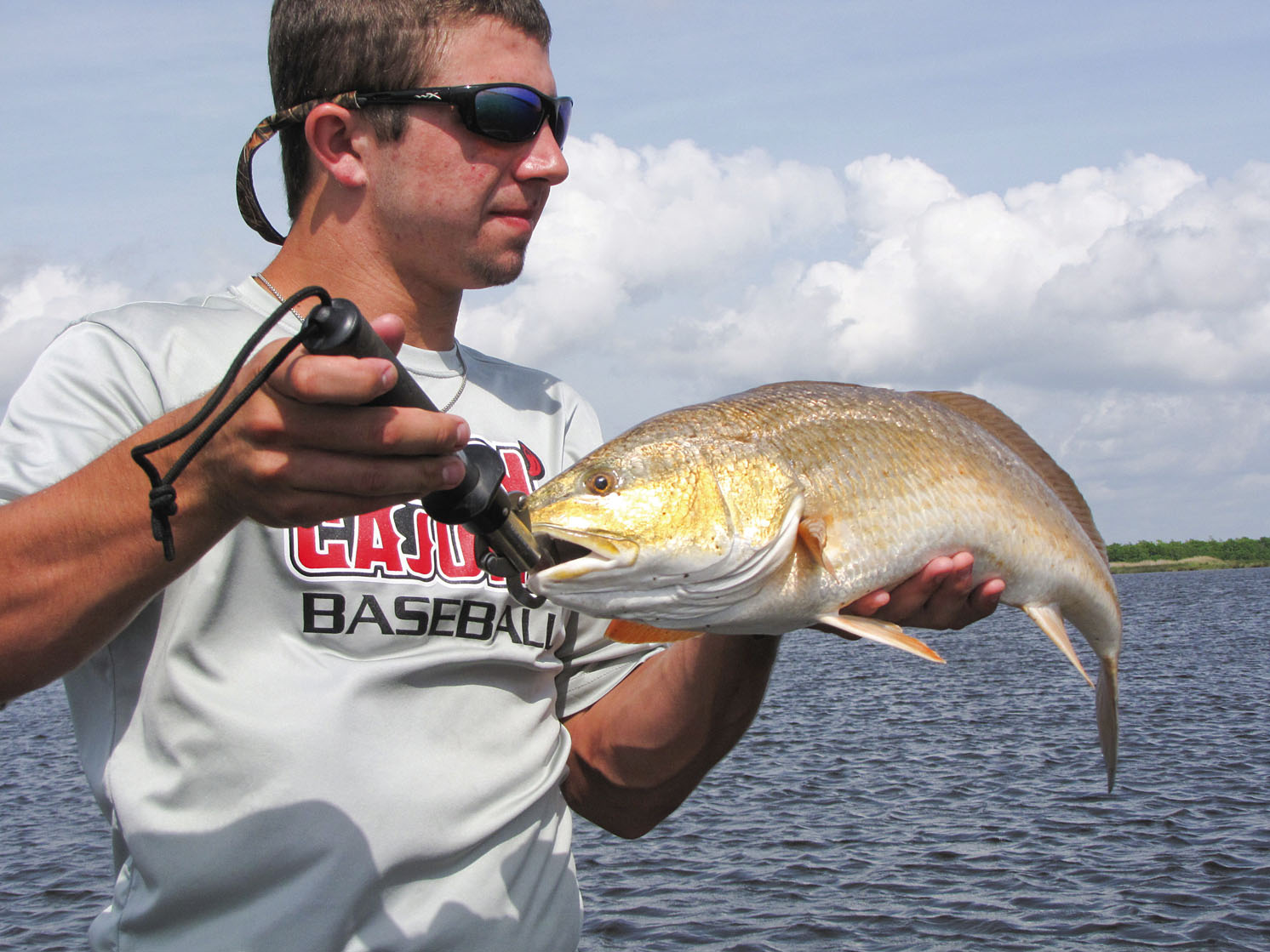 I've come to the realization that the older you get the faster time seems to move in almost all facets of life. For me, I'd swear it is moving at light speed right now. It seems like just yesterday I was anchored in the Sabine River with my three year old son catching croaker on fresh dead shrimp.

That thought ran through my head as Hunter, now eighteen, walked across the stage to receive his high school diploma a few weeks ago. All I could do was shake my head and wonder "Where has the time gone?" For fishermen and outdoorsmen time is not measured in hours or days but in seasons, and they all tend to run together if you think about it. It's a perpetual cycle that blinds us to the conventional time keeping methods that shackle those poor souls who do not fish or hunt. It's like having your own personal time warp and I hope that I will never lose it.

Speaking of a time warp; that might be the best way to describe things on Sabine Lake right now. From weather and fishing patterns all the way to lure selection, things from the past are making a name for themselves in the here and now. For example, let's look at one of the hottest lures on the scene right nowswim baits.

For years the go-to soft plastic was a package of Queen Cocahoe minnows, we threw a zillion of them and had no problems catching fish. In time, the newer shape of soft plastics got away from the minnow and paddletail styles in favor of a straight tail or some other design. Fast forward many years and here we are again with the swimbait, a minnow-style soft plastic bait with a paddle tail. It's amazing how the future continues to imitate the past and then somehow seem to perfect it.

Two baits currently gaining great acceptance are the swimbait soft plastics by Egret and Z-Man. Two similar and exceptional baits with built-in action and both ridiculously durable. The mainstay of the Egret line for me is the Wedgetail Minnow and it is catching fish everywhere, from Toledo Bend to the Gulf of Mexico. The Wedgetail is a great bait to use with a steady retrieve which allows that uniquely shaped tail to throw off some serious vibration. These baits are far more cost effective than pre-rigged swimbaits, plus they make excellent additions to spinnerbaits.

The Z-Man line of soft plastics has been a real eye opener for me since I first gave them a try. First gaining fame predominantly in Florida, the Z-Man baits are beginning to make a name here in Texas as well. Several models like the PaddlerZ and the PogyZ offer up that great paddletail along with a jointed body for increased vibration and action. These baits hold up to loads of punishment by both redfish and speckled trout. The performance of both the Egret and Z-Man line owe their success to the original paddletail concept but with a new twist that's all their own.

Now as we peel back the calendar to look at old reliable lures, we should also look at old reliable fishing techniques and patterns that seem to re-surface every so often. Those of you who fish Sabine routinely know there is no such thing as a routine year here. Unlike other places along the coast that basically change very little from year to year, Sabine Lake is a never-ending puzzle to be solved. The combinations of weather and how much freshwater runoff we have to deal with make for anything but ordinary.

This year we appear to be about a month behind where we would expect to bepattern-wise. The marshes are bulging full of bait just waiting to be carried out into the open lake where they will no doubt start a feeding frenzy of epic proportions. The presence of ladyfish and other species that tend to prefer saltier environs were noticeably absent during the full moon in May. This will no doubt change as the warmer temperatures and more predictable weather of June usher in some the best conditions of the year. The extended cold weather we endured no doubt pushed the calendar back and changed the outlook.

Areas within the surrounding marshes are just now beginning to show signs of developing the much needed vegetation that is the lifeblood of these rich estuaries. The grass provides protection for smaller fish that use the marshes as a nursery as well as shade and ambush points for larger predator species. It has taken us a little longer than usual to reach normal surface temperature but that will soon be yesterday's news. This year's combination of an extended cold winter with a big push of freshwater from up north is but the latest combination in a long line of factors that Sabine anglers will attempt to decipher.

The learning curve for most anglers will continue to get a little easier as we get deeper into summer. The winds that plagued most anglers earlier in the year tend to lay down so much you almost beg for a breeze. The flat calm conditions will no doubt enable anglers to locate fish, and stay on them when they find them. The summer months basically become the great equalizer and turn the lake into a user-friendly body of water. Better water clarity along with a lake full of bait means plenty of opportunities and increased options for everyone. For me it will mean more days on the poling platform pushing around the marsh in search of a hungry redfish.

In keeping with the theme and pondering how time has sped along, all I can do is look back and smile as things on my boat will no doubt change. Hunter, who has long been my designated scouting partner will soon take up residence at college and probably turn to the "dark side" to become a freshwater fisherman and duck hunter when he's not playing baseball. I'm sure that I'll find a way to keep chasing fish along with trying to see every game I possibly can.

Like the old saying goes "the only thing for certain is that things change" and you can either embrace it or let it eat you up while trying to fight it. I for one believe there are some great things in both the past and the future which should make for one heck of a ride. The coming weeks and months ahead will be full of opportunities both on and off the water so take full advantage of them every chance you get. Take a kid or someone who has never fished with you next time you head out and share the experience, the summer is perfect for doing just that. Remember there is nothing out there holding you back and an endless supply of opportunities to let your seasons run together.