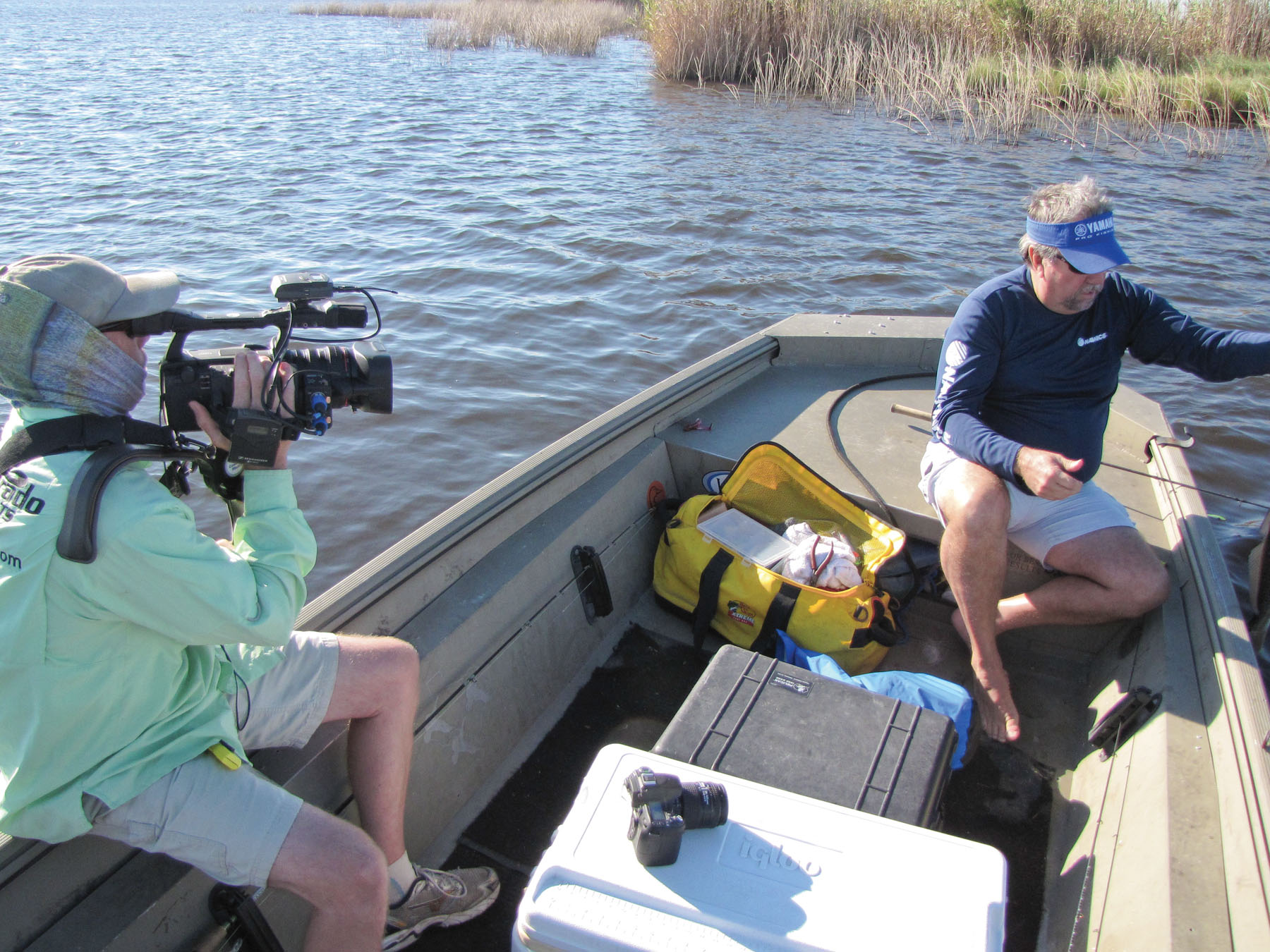 Looking back through past notes it's almost impossible to find another year that resembles 2011; it's been a wild ride to say the least. I can't remember ever starting and ending a year in such drought-like conditions. The lack of any discernable rainfall or runoff has made Sabine Lake into a completely different venue than years past. Anyone who has spent a few years on this body of water can tell you that it's really difficult to get two consecutive years that match, or for that matter any two out of five. The constant changes in weather and freshwater runoff make putting a seasonal pattern together somewhat of a challenge. Is it a wet winter? Is it a dry winter? Is it cold? Is it mild? Is it wet and mild or dry and cold? Or is it any number of combinations that cause me to keep my hair cut short to prevent pulling it out. The seasonal patterns here take time to repeat unlike other places where it just goes like clockwork. This year has been one of those different years but it sure has been good.

Never before have we seen so much traffic in the deeper water areas like the river channels and Intracoastal Canal. Plenty of anglers have abandoned the open water for various reasons, the biggest being the price of gas. During this time a great discovery happened for many folks, they figured out the deep stuff can really produce if you understand how it works. I can't tell you how many swimbaits and crankbaits we went through this year while probing the deeper breaks in the channels. The success rate skyrocketed as saltwater began working its way up the rivers early this year as lake levels on both Toledo Bend and Sam Rayburn dwindled before our eyes. The big push of saltwater ushered in all manner of different types of fish that normally call the Gulf of Mexico and Sabine Lake home. I knew we were in for an eye opening year when on a scout trip in March there were cow nosed rays on the north end of Sabine Lake. Then it only got weirder as we started seeing dolphins in the Sabine River during the early part of summer, yes I said dolphins. All of this craziness was as a result of no rain or runoff for a long time. I believe as of this column we are close to 40" below normal for the last 18-20 months, that's bordering on never before seen and it appears there is little on the horizon to change it anytime soon.

Now despite all of the horrible damage that has been done due to the drought the fishermen have really benefitted from the conditions like nobody else. Like I mentioned earlier the folks who learned to fish the deep water must almost feel like they are cheating since the bite has been so consistent. Having an area to fish no matter how bad the wind blows on the lake is like having a guaranteed ace in the hole; it just builds your confidence to such a new level.

Due to the extraordinary conditions that we may continue to see for a while, it seems almost like overstating the obvious when I say there are plenty of patterns to fish. Classic options like chasing schooling fish under the birds is probably on top of most everyone's list for obvious reasons. The thrill of easing up to a flock of screeching, diving birds and watching shrimp scatter as trout and redfish close in on an easy meal is hard to beat. Few other places along the coast catch the quality of fish under the birds as anglers do on Sabine. This pattern is wide open to a variety of baits and techniques which makes it a favorite. Everything from plastics under a cork to fly tackle will catch fish under the birds and that's a real bonus.

Other folks will opt for hustling flounder as they exit the marshes and make their big spawning migration. This year we have had some outstanding trips where the average sized flounder have been top notch for sure. There have been some really good fish over five pounds taken consistently for the past few weeks in the Sabine River on all sorts of baits from live to artificial. The Gulp shrimp has been a big hit this year on a lot of those larger fish.

For most anglers this time of the year means chasing trophy trout and you can be sure there will be some great fish caught. The high salinity we have will help keep trout in more predictable places until the water temperatures really drop. Look for some healthy fish and impressive stringers to be caught not only by waders but by folks probing the deeper water as well. It stands to reason the success that has been had so far this year will continue until something drastic changes so it's not hard to imagine that this pattern could hold out until after the first of the year and beyond.

Speaking of beyond and the future, I got a chance to spend some time in the boat with Tobin Strickland of TroutSupport.com while filming some redfish footage for his upcoming video. We spent a great day in the marsh hustling some redfish on topwater plugs. If Tobin's redfish video is anything like his speckled trout stuff you can bet it'll be a good one. The information he shares is top notch and presented in a really cool format. Look for that to show up next year.

While on the subject of future I got my first taste of the new Minn Kota i-Pilot trolling motor with the built in GPS. I must admit it took me a while to get comfortable with the remote control but I have since gotten pretty handy with it. This unit has some outstanding potential. I found it to be a great help when guiding fly fishing clients from a bay boat since you could operate the trolling motor from the back of the boat and leave the fishermen to an empty and uncluttered front deck which is a must when trying to keep up with fly line.

The colder months ahead will provide some more excellent fishing and less traffic since hunting season will be in full swing as you read this article. The weeks leading up to Thanksgiving may get a little crowded as many folks are trying to get that last fishing fix in before it either gets too cold for them or they put the rod and reel down in favor of a gun or bow. If we don't get a giant flood or have some crazy cold weather the fishing may be just as good once hunting season is over in January; we will just have to wait and see. One can only hope this year finishes up as good as it started.