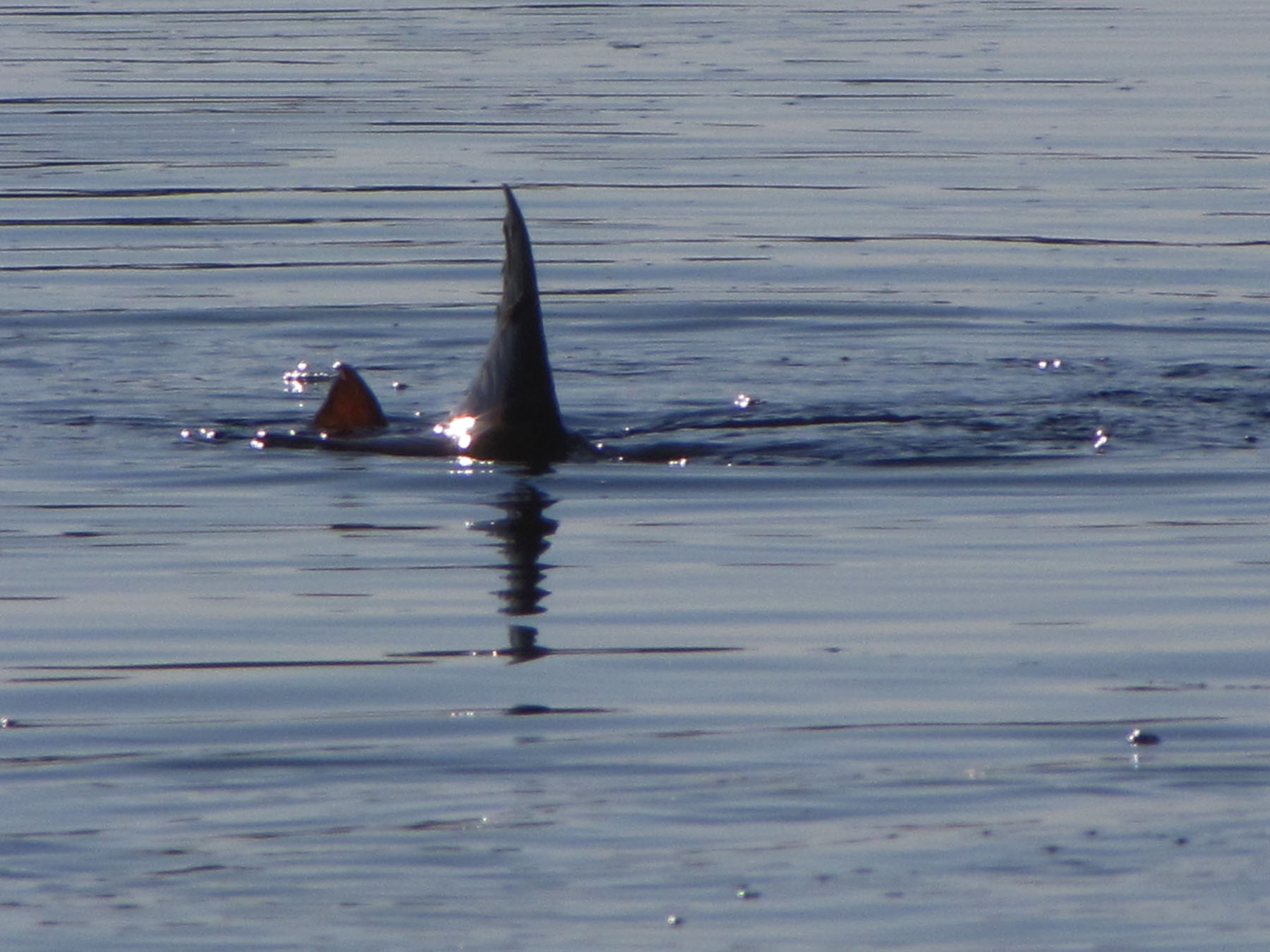 Anyone who has spent their fair share of winters in Texas knows that it can go from Bermuda shorts to thermals and back again in the blink of an eye. I know dang good and well just as soon as I write this column and push send it will all go down the toilet but I'm going to do it anyway here goes.

For the past several weeks the entire Gulf coast has basically put bad weather on hold and hit pause on "perfection." The coastal forecast on any weather website appears to be stuck, the temperatures and wind forecasts change so little that many folks have almost grown complacent. Instead of taking advantage of "light and variable" or "smooth" winds, many just opt out and go the next day because the forecast never seems to change. Talk about spoiled; it's been incredible.

Now perhaps the most unique condition that Upper Coast folks are blessed with right now has been the lack of rain and runoff from heavy rains. Anglers on Sabine have been especially fortunate in that area since we have probably the largest water shed area in the state with both the big rivers, Sabine and Neches, dumping into our bay. To our north both Sam Rayburn and Toledo Bend are below pool and sending minimal amounts downstream which means Sabine Lake has stayed saltier than normal for most of the summer. In fact Toledo Bend is at near record low pool due to some maintenance work being done on the dam. The ultra-low lake level will also help cushion the blow for Sabine anglers from any big rains in the near future since the lake will need to fill before all that water is released and heads this way.

The biggest reason for this little weather talk and update on the conditions is to make folks aware of just how good the fishing is and how good it may get in the very near future. Conditions like what we have now on Sabine don't happen every year like many other bay systems because we just have way too many variables to deal with that others don't. Runoff from the big lakes upriver being the biggest, this has a major impact on salinity levels which in turn impacts the fishing patterns. An incredibly vicious cycle that will make you pull your hair out from time to time. The conditions we have at the moment are some of the best you will ever see and it may be years before we see it again. For these reasons I am very excited about the fishing possibilities for the fall and winter seasons.

Almost every saltwater angler knows how incredible the fishing can be during the fall, flocks of gulls hovering over hungry schools of trout and redfish as far as the eye can see. A fish on every cast and the feeling that there is no way fishing could ever get any better. That program will be the main focus for many anglers, just look at the launches around the lake. There will be an extra sprinkling of freshwater anglers who "snowbird" on Sabine Lake just to take advantage of the lights-out fishing we've been enjoying so far this fall. The crowds will descend on the lake until the weather finally runs everyone except the most diehard anglers back to the comfort of a warm couch and football on TV. That program is obvious but definitely not the only game in town.

One of the mainstay methods of fishing in the fall and winter months actually has nothing to do with the lake, it happens in the deeper water of the Sabine River. Patient anglers probe the deep points and bends in the river with live shad during this time of the year and they often produce some eye-popping catches. Plenty of redfish and good flounder are caught as well as some really huge trout by the folks "draggin' shad." I have seen trout well over nine pounds taken miles up the river on a live shad dangled from a Carolina rig, trust me it works. Quite often big trout show up in the middle of a school of good redfish, so don't discount that thump on the end of your line, it could be the trout you've been waiting for your whole life.

Another really cool opportunity that seems to come around only when we have these conditions is the phenomenal run of good sand trout. Just about any main river point has these fish stacked on them and they are ready and willing to bite. This is the best game in town for the kids since the there is basically no technique involved and a variety of baits can be used. Fresh dead shrimp, shad, squid, and just about any small soft plastic will do the trick. Once the depth of the school is determined it's almost automatic; just drop your bait over the side and fish vertical. Don't be afraid to move around and find another school, there are some really good sand trout in the river and the better fish tend to run together. The big bonus that comes with catching sand trout is when a school of redfish or trout come in and start feeding on them, you can get your line stretched in a hurry.

Now with all this focus on the winter months many will concentrate on hunting, especially waterfowl hunting along the coast. The only problem with this plan is what are you going to do with all the redfish in the marsh? There is absolutely nothing better in my mind right now than chasing some stud redfish, watching ducks work a pond, and listening to geese overhead as the make their way into our part of the world. Talk about an absolute sensory overload! The marshes all along the coast have been chockfull of redfish and they are not bashful about eating during this time of the year. The great thing has been the size of some these fish, redfish up to fifteen pounds tailing or cruising with their back out of the water is a sight to behold. My son Hunter refers to the current conditions as "back to the glory days." Indeed they have been glorious and will soon come to an end when all the water leaves on the first really good norther, but until then it will remain an absolute paradise for those willing to do a little work. I know that during the first split of duck season I will not go to the blind without a fishing rod stashed somewhere. The thought of ducks committed to land in a pond with redfish bouncing around in the decoys is what pleasant dreams are made of and I plan to get all of that I can stand.

I hope that the fall and winter months are kind to all of you and that your fishing and hunting exploits make you great memories that will last a lifetime. If the current conditions will hold up or perhaps get even better, I can't see any reason why these next few weeks won't be some of the best we've seen in a quite a while. Enjoy your time on the water and by all means be safe.