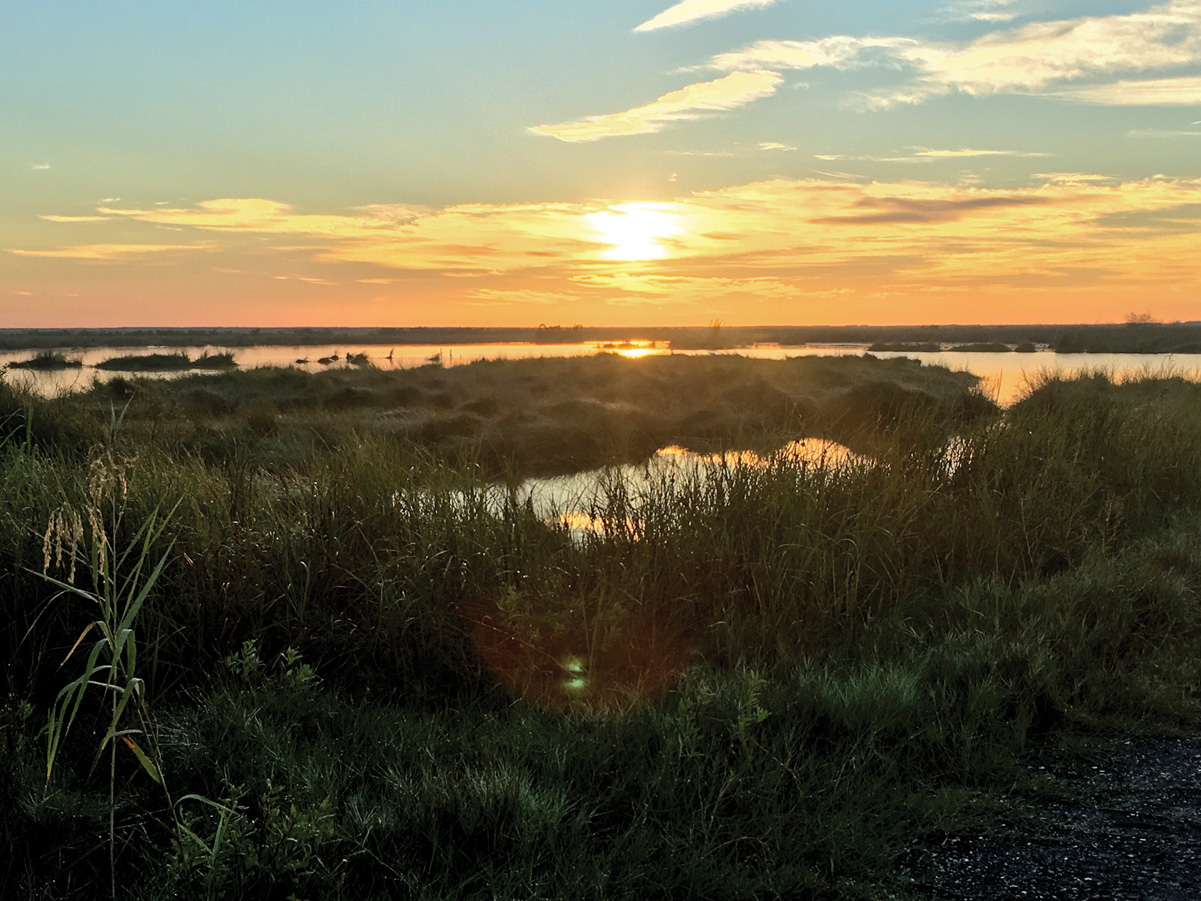 Sunset is often the time of day when the water is the warmest and the fish are most aggressive during winter and early spring.

“If you’re not cheating you’re not trying,” is a popular line used by many to describe the overwhelming desire to win at all costs, which basically sums up the attitude of a large slice of the population.

Cheating permeates just about every facet of our lives in one way or another. Millions of people right now are trying to figure out how to “legally” cheat on their income taxes to reduce the debt they owe the government. Athletes in all the major sports and beyond are looking for that competitive edge by bending rules or circumventing legislation in order to get ahead and perhaps receive a huge contract.

Public outcry against cheaters who get caught is usually loud and seems to never die down. The recent Hall of Fame ballots in baseball are a prime example as the greats of the steroid era continue to slip farther away from induction as penance for past transgressions. All these examples of cheating are slanted heavily toward the negative but, what if you could cheat and it was actually a good thing? What would you say to that?

In general, the act of cheating is greatly frowned upon but, on occasion, it’s actually quite productive and can sometimes lead to an entirely different approach in solving a fishing problem. One of the most fulfilling things I personally take from guiding other fishermen is watching them learn a new technique and become successful with it. I also thoroughly enjoy when clients teach me a new technique or share their thoughts on a new or better way to catch fish. I have had customers demonstrate some truly innovative techniques that I would likely never have dreamed up on my own in a million years. Most of which came as the result of fishermen struggling to master a certain style of fishing and therefore created their own versions and variations to make it work for them. In a sense, this could be called cheating of a sort, as it allows them to get around various problems they encounter when attempting to master a conventional technique or method. So, I say, “If it helps you catch fish and it’s completely legal, then go ahead and call me a cheater, too.”

Easily, the most difficult method of fishing that confounds the average angler is trying to gather a feel for using a suspending bait, like a Corky. I can’t tell you how many times I’ve been asked, “How do you fish that darned thing?”

I usually smile and try to explain it to the best of my ability because I can remember being in the same situation and being just as frustrated. It took me a while to figure out the technique and I still struggle from time to time, especially when the bite is very subtle. During such times when the fish are finicky, and the bite is almost too light to detect, I have seen too many anglers give up in frustration, watching their companions cashing in, seemingly every other cast.

Instead of giving up, it may be time to try another technique that duplicates the troublesome presentation in more user-friendly fashion. My own solution to the Corky dilemma was switching to a diving twitch bait such as those offered by Smithwick, Storm, Rapala and Yo-Zuri. A near-perfect compromise, it took away the guesswork of the retrieve technique, and pausing these baits during the retrieve is evidently irresistible to the fish. I have saved many days on the water by making this simple switch, in fact there are plenty of times that I actually prefer throwing these plugs to slow-sinking and suspending variations.

Another benefit of these twitch baits is that they float, a feature not lost on those who provide lures for clients. Shelling out nine-dollar lures to multiple anglers while drifting shell reefs can get expensive in a hurry. Twitch baits will generally float to the surface if you hang bottom and break off, which makes retrieving them for further duty a very real possibility.

I had the good fortune to watch the twitch bait do its magic one January day in ultra-clear water while fishing Calcasieu with good friend, Johnny Cormier. The scattered shell we were drifting was easily visible with the bright sun and the redfish and trout stuck out like neon signs in the night. Johnny and I were able to watch how these fish reacted to the different lures we offered, and it was highly educational and entertaining. After running the full gamut of lure selection, we settled on the twitch bait because it continued to provide the most consistent strikes after we bumped the shell and let the plug stop and begin to float back towards the surface. The reaction was violent. We also watched the plugs float back to surface after breaking them off against sharp shell – another eyeopener.

Another, even less conventional alternative to the suspending plug dilemma I discovered during a chance meeting with a kayak angler. I had a group of waders one afternoon along the north end of Sabine Lake and we were doing pretty well when I noticed a brightly-colored kayak had drifted into our general vicinity. He was polite and stayed out of the line we were working until we reached our boat and began to regroup for another wade.

As we milled about near the boat we noticed the kayaker was hooked up with what appeared to be a solid fish. After a nice fight he brought it to hand, took a measurement, and released a very nice trout. As he drifted by our boat we struck up a conversation and compared notes on fish we had caught, when I noticed our new friend had modified his approach to using a Corky by suspending it under nothing less than a cork.

I asked about the setup and his reply was so simple that it made perfect sense. “If you fish that plug under a cork you can control the depth better and it’s a heckuva lot easier for me to detect a strike when while I’m paddling and drifting.” I couldn’t argue with his logic or results, it worked for him and that’s all that mattered.

Now the twitch bait is not the only improvised solution fishermen use, especially this time of year when Texas anglers focus on big trout. Anglers will be bombarded with stories of success with suspending plugs and trophy trout from every direction in the coming weeks as the coastal community focuses on a singular goal. As fishermen we all have things in common and catching fish is perhaps tops on that list. Just remember that there is no perfect way to go about catching fish and, if you need to come up with your own version to “cheat” the system, go ahead. It just might be the technique we have all been searching for.

Results speak for themselves and as long you enjoy what you are doing and its legal, by all means get after it. In fact, I encourage that you continue to think outside the box, so long you promise to share with the rest of the class.