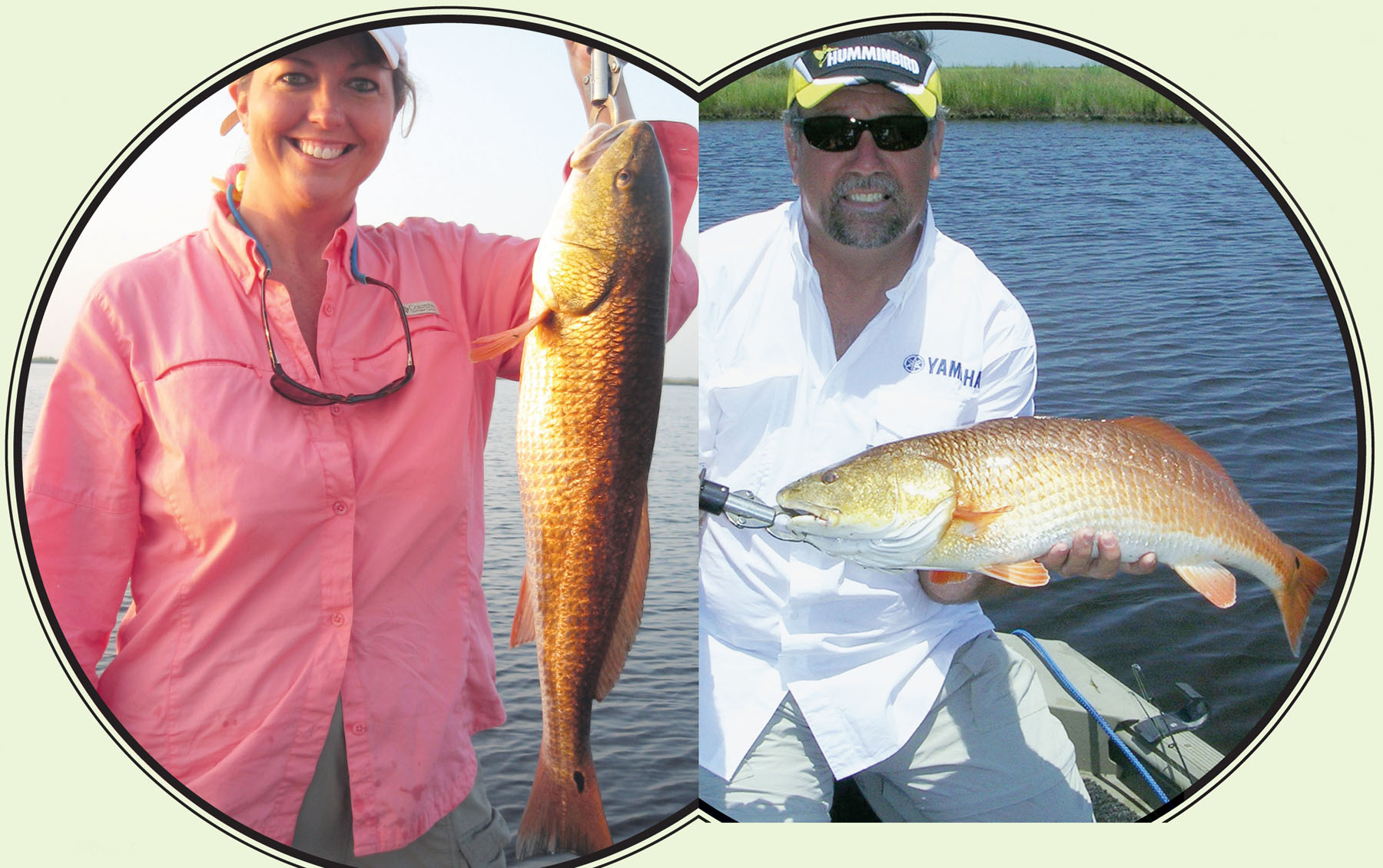 You know that feeling you get when you are about to do something that is going to cause some drama, well I have it right now as I stare at this computer screen because I am about to put into print the two most controversial words in the world of Texas coastal fi shing and those are “live bait”. These are the forbidden words that stir up trouble and make blood pressure numbers soar.

No matter how hard you try to stay neutral there is no greater polarizing subject along the Texas gulf coast and everybody who wets a line is involved. The thing that is most alarming to me in this dispute is the way some of the anti-live bait crowd seem to enjoy stirring it up and then sitting back to enjoy the show as fishermen fight other fishermen. Just like the old saying, “divide and conquer,” if we continue fighting one another we only hurt the sport we love. I hope that even if you are against fishing with live bait that you will at least read this story and respect your fellow fishermen who subscribe to the method. They enjoy the sport just like anyone else.

Over the years I have come to realize that not every angler is a plugger or grinder. Not every fisherman lives for the blow-up or the hours of empty casts that sometimes culminate in one great fish. Are they wrong for not living and dying by the, “topwater ‘til you drop,” philosophy?

Not no… but HELL NO! In case you haven’t noticed the folks throwing hooks and weights outnumber the artificial-only crowd by a large margin. Besides what the numbers show you can’t tell me that somewhere down deep inside you still don’t get a kick out of watching a cork get pulled under, that’s perhaps the most basic thrill of the entire sport and anybody who tries to tell you different is kidding themselves.

Live bait fishing takes you back to when you were a kid and stirs memories of trips from the past that are as vivid as anything out there. I guess if I could emphasize one point it would be that there is no difference between a cooler of fish caught on artificial and one caught on live bait, dead is dead. Respect your sport and your fellow fishermen as long as they obey the law because we all want to enjoy our time outdoors.

Try as they might no lure manufacturer will ever be able to create a lure that works better than the real thing. The typical profile of the weekend angler is not that of the high-end trophy hunter who chunks lures for hours on end looking for one big fish. It’s the fisherman who takes a quart of live shrimp or a bucket of mud minnows and looks for anything that will bite.

There is something very calm and social about anchoring up in the mouth of a bayou or in the river and peacefully anticipating the next bite for whatever species shows up. Some of the best conversations I ever had with my son were on the back of the boat as we sat and fished live bait. The laid back mood associated with this style of fishing is a welcome change from the hectic world that we live in; it’s a shame that more anglers aren’t willing to participate for fear of their image being tarnished.

Here in the Sabine area we are very fortunate to have a great supply of free live bait. Anyone who can throw a cast net can fill their livewell without spending a dime. Most of our local anglers have no idea how much money anglers on other bay systems spend on live bait. Live shrimp runs anywhere from $12 to $20 dollars a quart along our coast. Now if you plan on fishing all day you will probably buy at least three quarts, that’s an extra $36 to $60 dollars per trip on top of $3.00 gasoline. Anglers who fi sh with guides on places like Calcasieu or Galveston not only pay guide fees, but they also are expected to pay for the bait as well, and that gets steep in a hurry. I don’t know how many horror stories I have heard from anglers who went out with a guide and paid for live shrimp only to have it die halfway through the trip due to a bad live well system or some other problem. Their only solution was to go back to the bait stand and buy more. My wallet hurts just thinking about it.

Another bait we don’t see in this area is croaker, the summertime trout bait of choice on the middle and lower coast. Live croaker prices run $6 to $10 a dozen depending how far south you go. The number of live croaker sold on any given summertime Saturday is staggering, and make no mistake the live croaker bait industry is a huge money maker for trawlers and bait camp operators. Right or wrong, many who miss the fall croaker runs we used to see attribute the decline of the croaker to the recent rise in popularity that using them for bait has attained.

Live croaker are very effective and nothing proves the point better than an artificial-only guide struggling to put clients on half limits while his counterpart using croaker puts together a limit for his group well before lunch. There have been plenty of cleaning table altercations surrounding this practice, but regardless what some may think, using croaker for bait is perfectly legal.

While we don’t really have a consistent supply of live shrimp or croaker in our area we do have live bait that is every bit as good if not better, live shad. The small pogies and menhaden that thrive in our waters are great baits for almost any and or all species of fish that can be caught in our area either fresh or salt. Besides being readily available for those who can throw a cast net the best thing about them is that they are 100% free.

The summer months are tailor made for drifting shad under a cork or fished along the bottom on a Carolina rig; both are popular methods and each works well. If there is a drawback to fishing shad it’s their durability; shad are difficult to keep alive for long periods if you don’t pay attention. Most anglers try to put too many shad in their live well; this is a recipe for disaster. All the shad in the same small space produce waste and deplete the oxygen in the water which usually kills them really quick. In order to make the most of your shad don’t put too many in your live well, change your live well water frequently, and keep the water in your live well cool by adding frozen water bottles or some other means. By taking a few extra precautions you can keep your bait fresh and lively all day.

Which ever method you prefer, live or artificial, the summer forecast looks really good for Sabine and Calcasieu. The salinity is super high right now and there are all manner of gulf species swimming around the lakes and the rivers right now so who knows what your next bite will be? Take precaution with the heat and keep an eye on the summer thunderstorms that will flare up in a hurry, but most of all be sure to enjoy your time on the water.