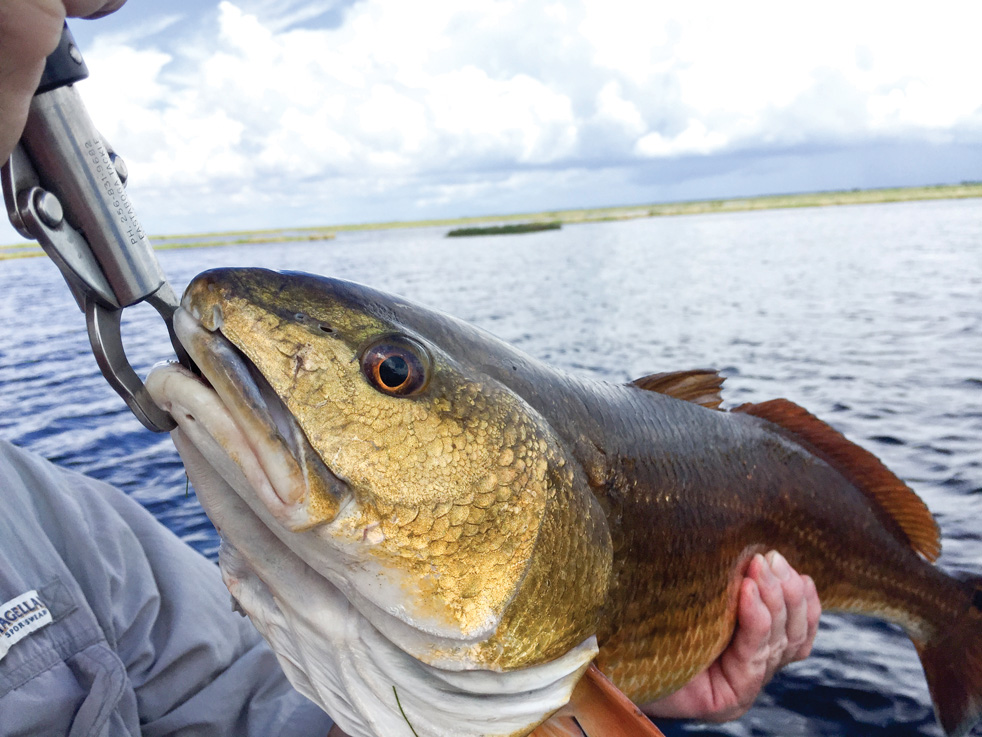 I came across an interesting quote from Anthony J. D’Angelo not long ago; “In your thirst for knowledge, be sure not to drown in all the information.” It sparked a thought and subsequent conversation with several other anglers.

Over a cold beverage on the tailgate, the redneck think tank, conversation ensued and all manner of observations about the great sport of fishing were debated, deliberated, cussed and discussed – all at the same time. The myriad of topics addressed ran the gamut from truly serious to just plain silly. As the group disposed each member left enlightened in some way and still curious in others. For me it was a reminder and an example of just how inquisitive fishermen tend to be.

One of the really cool things I enjoy about being a guide is the interaction with so many people from varying backgrounds and experience. It makes no difference if the folks on my boat are the most seasoned anglers or the newest of rookies, they all have great stories and most of all they have great questions. Fishermen, as a whole, are generally wired to be problem solvers, seekers of answers to a great puzzle. Sometimes I feel like the man who lives on top of the mountain that’s supposed to have all the answers for pilgrims seeking truth. Those pilgrims make the great trek to the top of the mountain with high expectations for technical answers that will unlock the great mysteries that plague them, only to find that the answers are much simpler than they could imagine.

Reflecting on years of interaction with customers, I started thinking about some of the questions I have been asked most frequently and the first that came to mind made me laugh. I don’t care who you are or where you are from, if you have spent any amount of time on the water the question of, “Why do mullet jump?” has surely been posed.

I cannot recall how many times I have been asked why mullet jump and I smile every time it comes up. Youngsters probably ask this most often but adults certainly ask their share as well. In most instances, I try to give a technically informed answer such as, “Mullet are filter feeders and they jump to dislodge parasites that attach to their gills while feeding.” Other such answers cite that, “Mullet jump to gulp air when dissolved oxygen content of the water is lower than normal.” And, “Mullet are believed to jump to loosen egg sacks before spawning.” I also remind the person who asked the question that nobody really knows except the mullet, all theories are speculation at best, except when they jump to avoid a predator. Perhaps the best answer I ever heard came from a young angler who said, “They jump because jumping is fun.” Probably some of the coolest logic I have ever heard.

Another debate that rages in my boat centers around why fish behave the way they do. I have listened to some very knowledgeable folks argue their points with partners and then turn to me like I’m the judge on People’s Court to render a decision. My standard answer on the subject comes from my good buddy, Doug Pike, who enlightened me one day while we were wading on Sabine. When asked about fish behavior, Pike summed it up by saying, “Fish are worried about two things. What they are going to eat and what is going to eat them. Beyond that, not much else matters.”

All the intricate theories about how they live, why they do certain things, and most anything else for that matter, is speculation at best. Trying to come up with a detailed day to day “activity planner” for a fish, in my opinion, does nothing but complicate a simple process. I tell folks on my boat if you can find food, structure, and some tide movement, start there and work your way to a full stringer. Keep your approach simple and quite often you will be rewarded for it.

Speaking of keeping things simple, I was driving through town a few days ago, and stopped next to a super sparkly, glittered-up bass boat. While waiting for the light, I was checking the layout of the boat and just could not believe how crazy some folks have gotten with their electronics. The console of this boat looked like you could land the space shuttle, play Call of Duty, and write a research paper all at the same time. It was absolutely crazy!

The screens on the driver’s console were at least 12 to 15 inches apiece, so large in fact I wondered how the steering wheel would turn. The front deck had another massive screen, nearly as large as the ones on the console. I thought it was the perfect size to kick, no way could you miss it. I have no idea how in the world anyone would have time to fish while monitoring the big screens and evidently searching for life in other solar systems. My goodness that was a sight. I realize there is a need for some of that but, how much is enough and when do you begin to fish? Where is the stopping point? All the electronics in the world are worthless if you don’t possess the skills to interpret the information. Soon it just becomes paralysis by analysis where the angler no longer reads the conditions, given their dependence on “electronic crutches.” Take in all the variables, both electronic and natural, so you can fish in any situation.

As the spring season gains momentum increasing numbers of anglers will be on the water looking for a chance to shake off the winter cobwebs. The consistent breeze that will plague most bay systems during April will do a number on water clarity and visibility, so any advantage an angler can find is a great help. Quality eyewear is a must for any angler and often can be the difference between catching a fish and missing an opportunity. There are some fantastic companies out there that make great eyewear for every situation. For several seasons now I have been wearing polarized glasses from Salt Life and I have been very happy with their performance and durability. The Zeiss lenses that Salt Life uses are as good as any on the market, possibly even better than advertised. I particularly like their light weight and absence of rubber on the frames. Nothing is worse than having sunscreen or insect repellant melt or gum up the ear or nose pieces on your glasses, it’s nasty and annoying. The clean frames and great glass combine for very functional eyewear that I enjoy wearing. I know I can certainly tell a difference when I fish, especially while sight-casting. If you get an opportunity to check them out, I believe you will find them to be a great product.

Spring fishing will be in full swing by the time this issue hits the newsstand or your mailbox and everyone will be doing their best to get rid of cabin fever. Take precautions against the high winds we will be facing and remember that the water will still be cold. A dry bag with spare clothes and jackets are great protection in the event of an unexpected dunking. PFDs are always a must, especially when kids are involved. Spring break and Easter weekend are always busy, so keep your cool at the launch ramp and out on the bays. Enjoy the water and share it responsibly.