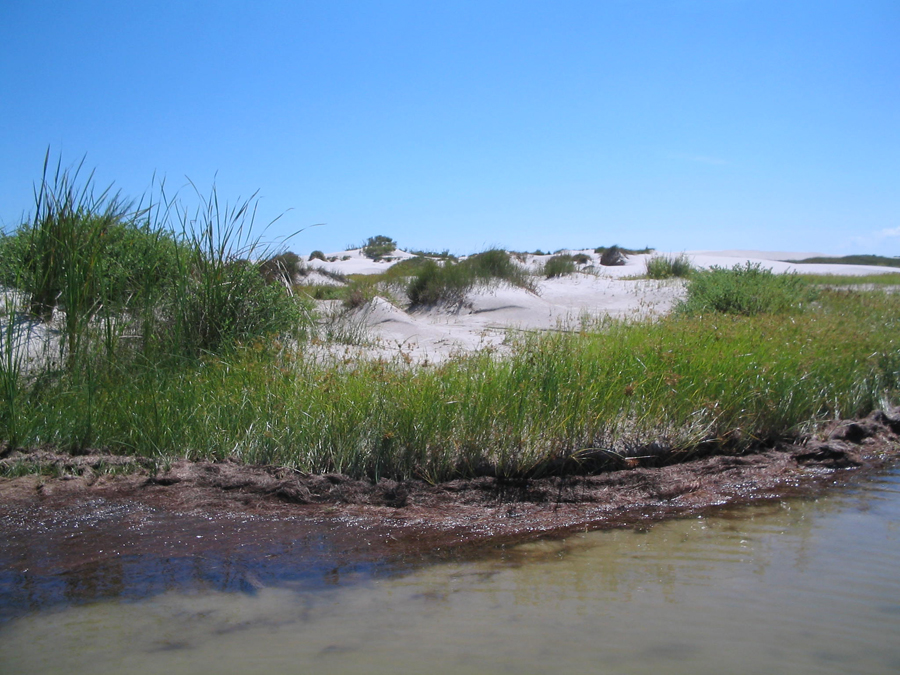 "It seems like yesterday, but it was long ago". In fact, it's been nearly a decade since I was coaching football at Clear Creek High School. Now, some memories of my time on the sidelines stand out among the others; one seems particularly relevant to the life I lead today.

I was a defensive coach, running that side of the ball on the sophomore team and helping with the varsity team too. Our defensive coordinator, Blake Edwards, was a fiery man with sharp instincts for the sport and a knack for putting his players in the right positions and getting them to play hard for him.

One thing he said over and over again on the practice field was, "Don't be a weatherman!" He yelled this to remind players not to be caught in limbo, looking around confused; in essence, he used it to emphasize the need for focus, leading to quick reads and calculated aggression. There is no place on the defensive side of the ball for players who wait for things to happen. A weatherman might study the sky, musing at the shape of the clouds and the angle of the winds, but a linebacker must decide what's happening in an instant and flow to the point of attack with purposeful energy.

I picked up on Coach Edward's motto and began to imitate him, both in practices and on the sidelines during the games. Once, I even built an entire pre-game speech around the saying. We were matched against the Galveston Ball Tornadoes, and I couldn't help playing up the obvious weather reference, given their nickname.

"It's kind of nasty out there this afternoon, ain't it?" I asked the players in the locker room before the kickoff. Most of them shrugged, not wanting to fall into the trap of admitting they'd noticed that it was a damp, chilly day, with drizzling rain driven by a stiff northeast wind.

"That's good," I said. "You guys know better than to be a weatherman when you are out there on that field." My sophomores nodded in unison. "Nobody in here is afraid of Galveston Ball, right? But we have to respect them. They are agile, quick and talented."

"And so are we," I said. "But if we want to beat them, we need to keep our heads in the game for four quarters. Every player must know what his assignment is and be committed to getting the job done on every down." My voice was rising by then.

I picked out one of the team leaders and leaned over in front of him, placing my nose inches from his. "Don't be a weatherman!" I yelled; his face creased into a serious snarl.

I stood up straight and asked them, "If you are a weatherman today, you know what you are going to see?" Snapping my head sharply to one side, I continued, "You'll see a tornado racing right by you on the way to pay dirt, that's what!"

In truth, we played an inspired game that day, though I'm sure it had little to do with my theatrics in the locker room before the game. Coach Edwards came to watch the second half and helped me make some adjustments to our scheme. We scratched out victory in a tight, low-scoring game played on a sloppy field in a steady rain.

And when the players gathered around me after the last play, I quieted them. As I did, I noticed a beam of sunlight breaking through the clouds; it had stopped raining. "Great game fellows!" I screamed, then pointed to the sky. "Hey look, the weather's getting a lot better, and NOBODY NOTICED!" They erupted in a cheer and crowded close around me, raising their helmets in unison.

That was one of my proudest moments in coaching and now I can see that its defining theme has relevance in the world of lure fishing. A plugger must also resist the temptation to look around at the scenery and other irrelevant things when on the water trying to catch fish.

I have myself written that observing the beauty of nature is an important facet of enjoying time on the water. It is wise to pause and smell the roses, so to speak, but this is best done when riding in the boat, taking a snack break or when admiring a caught fish, not while actually chunking and winding.

It is good to BE a weatherman in one sense; it pays to know what the predicted winds will be, what the tides are doing and whether severe storms are imminent. But excepting the need to monitor the horizon when threatening weather is looming, there is no reason to scan the skies while fishing, especially when wading.

None of the signs that can lead a wader straight to a fish will be found there; they will all be found on or in the water. Anglers who keep their attention and eyes focused and who best sustain concentration in searching for these signs will outperform those who daydream and cast aimlessly.

Experience helps in identifying some of the more obscure fish-indicating signs like subtly nervous water, mud stirs and delicate current rips. It also takes a trained eye behind polarized glasses to see through the surface and recognize fish-holding structures on the bottom like pothole edges, dropoffs and isolated grass beds.

But an eye that is not searching for any of these things certainly will not see them. Anglers who spend time trying to identify every boat buzzing by on the horizon, to name all the ducks and shorebirds they see or who are constantly having verbal duels with their buddies will inevitably fail to notice some potentially important signs. I find that guiding makes it harder for me to fish with optimal focus because of this; my obligation to pay attention to my customers and verbally instruct them detracts from my ability to concentrate fully on the minutia of details around us.

It's important to maintain both an open eye and an open mind when scouring the water for signs indicating the presence of fish. Unlike a football player, who is coached on what keys to "read" during the week of practice leading up to each game, a lure chunker must be able to figure out the signs that are most important from day to day, even hour by hour. What should the plugger be looking for?

Billy Sandifer said it best: "Look for nothing in particular, but see everything that is there."

In other words, a session should begin without pre-conceived notions of what signs will lead to the fish, but all clues should be run through a mental filter and factored into the fish-finding equation once the fishing begins. Becoming one with the setting, the most accomplished anglers sink metaphorically into their surroundings, scanning slowly and purposefully, scouring every inch of available water, like an osprey or heron will.

Of course, not all clues come through the eyes; some are found through the ears and the nose. The sound of a trout attacking a mullet can lead good listeners straight to a feeding fish, and perceptive anglers often smell the fish they catch before hooking the first one. Even anglers fishing in the dead of night can locate fish through these means; in that specialized case, the auditory, olfactory and tactile senses are elevated in importance.

In daylight, it's the eyes that count the most, especially when fishing in clear water. Only anglers with active eyes can see what is possibly the most important of all the signs--the sight of a striking or following fish. Attracting the attention of the fish is often much easier than is triggering them to strike and stick.

Most moderately attentive anglers will know when a fish aggressively blows up a topwater plug, but sometimes fish slash by under the plug without striking or trail along behind, pushing up subtle, but discernible wakes seen only by a focused few. The most alert anglers will sometimes become aware of fish following sub-surface lures too.

Top-notch pluggers are always ready to respond when a fish has been coaxed into showing interest in the lure. Anglers who stay poised like a shortstop eager to pounce on a ground ball will have the best chance of making the right moves to motivate finicky fish.

In the final analysis, lure fishing is a participation sport, not a spectator sport. A lure chunker is part athlete and part artisan; a weatherman he is not. While in his element, he is much like a linebacker in a football game. In order to make big plays, the player and the plugger must correctly and quickly interpret subtle signs and react appropriately. Like top performers in all sports, the best anglers create their own private worlds where all superfluous things are shut out and full concentration is devoted to the details of the game.