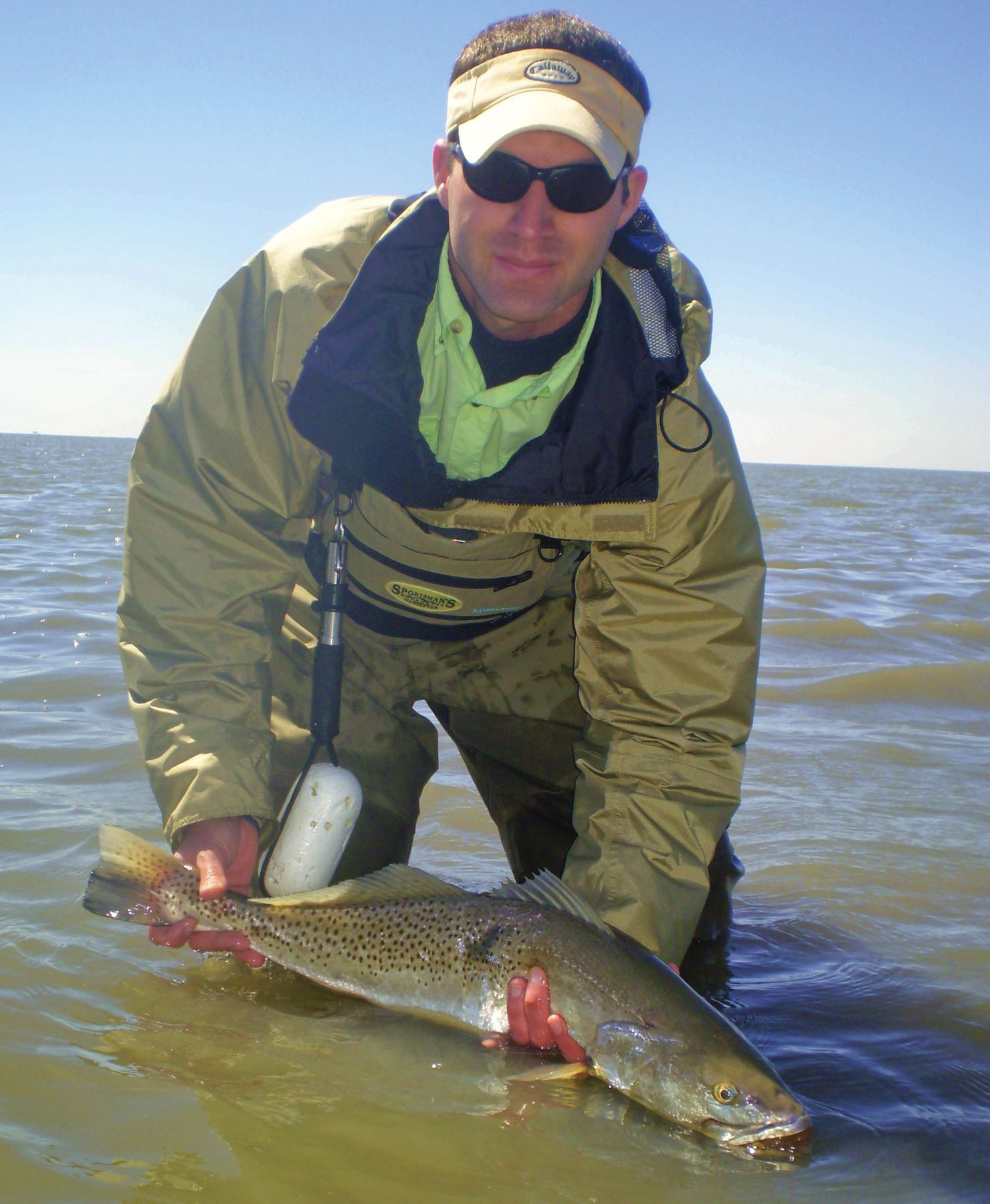 On May 24, 1995, prior to a San Antonio Spurs' playoff game with the Houston Rockets, NBA officials named David Robinson MVP of the league, presenting him a trophy during a mid-court ceremony. Apparently, one supremely interested onlooker was not impressed. Robinson's opponent Hakeem Olajuwon played one of the best games of his Hall of Fame career, proving to all who watched that he, not Robinson, was basketball's transcendent player.

During the historic contest, the second game in a best-of-seven series, Olajuwon shucked and twirled his way around the taller Robinson, pouring in a total of 41 points. Awestruck onlookers watched him expand on his unique "Dream Shake", making up new moves, some of which we'd never seen before and never saw again. The Dream pulled down sixteen rebounds, dished out four assists, snatched three steals and blocked two shots, helping his Rockets forge a two-game lead over the Spurs.

The Houston center's dominance over the newly-anointed MVP continued throughout the series, for which he averaged over 35 points and twelve rebounds. The Rockets marched steadily to a second consecutive league championship. Later, coach Rudy Tomjanovich described Hakeem's performance as "legendary". Truly, the Nigerian-born center had a strong MoJo during the six-game set; he carried it over to the NBA Finals and played exceptionally well there too.

Athletes and teams experience ebbs and flows in their performance levels. When they're on a winning roll, the force underlying their momentum is often described as MoJo. The existence of MoJo is a widely-accepted phenomenon in sports. Part motivation and part momentum, the MoJo is a force all athletes look to find and maintain; achieving that goal can be frustratingly difficult.

Clearly, Olajuwon's MoJo against Robinson in those Conference Finals was partly spawned by his desire to prove MVP voters wrong. His motivation morphed into momentum when he began to attack the rim with the ball, displaying a graceful, stunning, seemingly effortless agility. A superb player throughout his career, the Rocket's star was for that series arguably unstoppable, the best of all time.

Late in game two, when he flipped a back-handed shot straight into the basket without even looking, it seemed as though invisible agents were controlling the action from some shadowy netherworld. The mighty arms of destiny apparently carried the man. Many other heroic sports figures have famously climbed onto MoJo's broad shoulders while the world watched.

On a Sunday in April, 1986, playing the final nine of the Masters at Augusta National Golf Club, Jack Nicklaus surfed a MoJo tsunami. His celebrated ride included an eagle on the slippery par five fifteenth and a birdie on the par three sixteenth. While Jack's five iron shot soared high above the water on sixteen, his namesake caddy pleaded to the golfing gods, "Be the right club."

The Golden Bear winked at his progeny and said in the direct, matter-of-fact tone which characterized his will to win, "It is." Then his ball nestled softly near the pin, leaving an easy putt we all knew would go in.

The greatest champion golfer of all time continued his sizzling streak with another birdie on the par four seventeenth, sinking a downhill putt which in retrospect appears to have "broken the wrong way". Jack still claims a putt from the back of that green isn't supposed to curve in the direction it did that fateful day. Those with enough MoJo seem able to will things to go their way. In the case of Nicklaus' final major win, his competitors hacked and chopped through the back nine, hitting foul shots into ponds and grandstands.

The momentum side of MoJo can wear the competition down, making them behave as though they're obliged to fail in the face of supremacy. Anyone who could bottle and sell the stuff would rise to rival Donald Trump as a financial icon. Though the mysterious element can be neither packaged nor sold, its components can be analyzed and understood, so it may be summoned up more often by those who actively seek to do so.

Certainly, anglers can benefit from grabbing hold of some MoJo. Obviously, tournament contestants and fishing pros need some, but it seems anyone out on the water waving a stick at the fish would want their share. What can fisherpeople do in order to increase their odds of finding MoJo more often?

First and foremost, they must create and maintain a strong, sincere internal motivation and proceed with dedication to the task at hand. If fishing in a competitive event, anglers must summon a genuine, burning will to win. Those fishing purely for enjoyment and entertainment can increase motivation by inventing contests with their fishing companions or even by challenging themselves to learn or achieve something specific.

Anglers fighting to gain an upper hand or to accomplish some identified task will more likely be motivated enough to turn desire into momentum. When motivation merges with momentum, MoJo can leap from the shadows into the heart of man, guiding the hands like a master puppeteer. In order for momentum to be accurately described as MoJo, it must have staying power. Finding the MoJo is similar to being "in the zone", but MoJo can and indeed must linger longer.

An athlete or angler can be in the zone for a few casts, shots or plays, but MoJo can be sustained for most or all of a day or contest, even an entire season. Surely, the '07-'08 New England Patriots rode their MoJo to an 18-0 start, though they lost in the end to a New York Giants team which wrestled it away from them. Tiger Woods' MoJo carried him through a streak in which he won all four of golf's major championships in succession, two of them by record margins.

Maintaining momentum is essentially sustaining excellence. Doing so requires persistent effort combined with the grace to perceive possibilities and the skill to capitalize upon those opportunities. In lure fishing, this means correctly solving the puzzle related to locating fish and determining what plugs and presentations will best catch those fish from moment to moment, day after day.

I recall a run of fishing I made in 2010, in which my MoJo was spawned and sustained by unwavering confidence in a few spots and just a couple of lures. During a peak in the action, I and my clients caught trout over nine pounds five days in a row. After the fourth day, I left the dock disappointed by the fact that the previous day's thirty one inch fish had weighed slightly less than ten pounds. The disappointment became my motivation. "If I get one bite in the first two hours, we aren't moving all day," I told my clients.

I simply knew the "right fish" was waiting within reach, and I knew exactly which lure and presentation would bring her to my hand. Without fear or hesitation, I stayed in one small area after catching a four pounder about an hour into the outing. Almost four hours later, a second fish bit, nearly wrenching the rod and reel from my hands.

The fight was long and nerve wracking. Hooked under the throat, the great trout never broke the surface, instead pulling to the side in a wide, continuous arc like a redfish. I kept telling myself not to hurry, to resist the urge to pull the fish to the surface so I could see it.

Inevitably, I succeeded in wearing the giant down, and when her wide tail jutted through the surface, verifying her size and species, I knew four days of momentum had flowed into five. She was a full-figured specimen!

The sting of the previous day's disappointment instantly faded when I pinched her lip with the Boga Grip, lifted her up and proved she was a true ten. The MoJo was with me that day; I rode it throughout the winter and spring.

In order for one's MoJo to persist through a whole season of fishing, accurate and effective judgments must be regularly made. Consistently productive fishing involves concentrated effort and an ongoing, correct analysis of events. Making a strong and successful run involves both building upon strengths and eliminating weaknesses.

Great players spend more time practicing what they do poorly, not what they do best. A tenacious shot blocker and aggressive rebounder while playing college ball in the 80s at the University of Houston, Akeem (without the H) was not much of a scoring threat. But by the time Hakeem the Dream schooled The Admiral in the Alamo City in '95, he displayed a polished offensive efficiency.

Through hard work and calculated effort, he replaced the awkward anxiousness of youth with mature, dynamic prowess. Similarly, anglers should strive to improve the weakest parts of their skill sets.

By making proper, subtle adjustments to locations, strategies and techniques, a focused angler will sometimes seize the MoJo. The magical marriage of motivation and momentum may then be ridden like Secretariat on the home stretch at The '73 Belmont Stakes, free from the field, striding purposefully to places previously unknown.