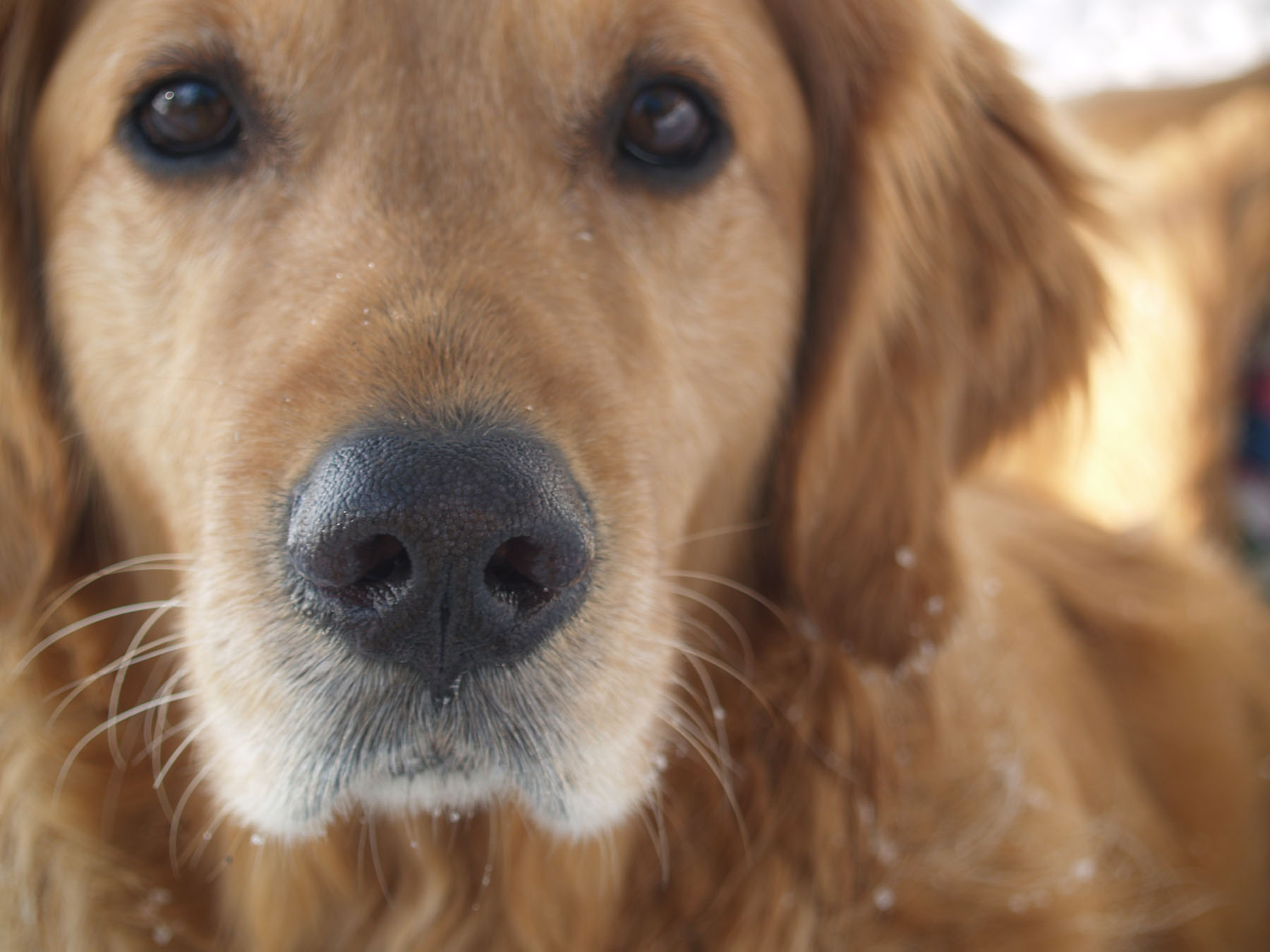 On a narrow, twisting Texas highway, somewhere between the bayfront and his back porch, a respected old fishing guide drives along in a trusted pickup, pulling his boat behind him. Known for an enduring commitment to integrity and a stirring strength of spirit, the captain has been religiously true to his word and his God, and has always looked after the good of the people who fish with him.

When the cell phone rings, he's reluctant to answer; gadgets of the modern world still remain mostly a nuisance to him, though he recognizes their important role in improving the world and his business. He knows it's dangerous to talk and drive, but he taps on the green button to connect with the caller anyway, after recognizing the number as that of his client for tomorrow.

"Just getting off the water," he says. "It was a bit disappointing out there today. Wind got up from west of due south. Mucked up most of the spots I was fishing." He's hoping to give subtle, negative hints, so that he might persuade the guys to postpone the trip.

"What's the weather forecast?" the voice on the other end asks.

But before the wrinkle-necked, sun-seared captain can reply, a whitetail doe suddenly appears before him, bounding across the lined asphalt down which he rolls. Instinctively, he swerves to avoid the dainty creature, causing him to veer off the highway and onto slick grass along its sides. His rig goes into a series of circles and slides, before crumpling headlong into a stately, centuries-old oak tree near a bend in the road. By the time the dust settles, the bloodied man is pinned behind the wheel of his truck, barely alive.

I remember turning the wheel when I saw the deer leap seemingly out of nowhere, and I remember losing control. While the truck was spinning, time seemed to slow. I've always heard that your whole life will pass before your eyes at times like those, but what I experienced was more like a dream, a mellow, soothing and delicious dream. In it, I gained a glimpse of heaven, a fishing guide's heaven.

I observed myself driving up to a dock in darkness, where I could see two clients waiting for me, already clad in waders. They carried every essential thing and nothing they did not need. Though they were certainly anxious to get out on the water, they neither hurried me nor attempted to board my boat until I had it launched and secured.

I'd never fished with them before, but somehow I recognized them, or at least I had the strong sense that I knew their type. I judged instantly that they were experienced, both from the gear they carried and wore, and by the way they moved about and stowed things. When we exchanged casual greetings, one of them handed me a wad of cash, enough for the trip and a tip, then we made a quick exit from the harbor. I knew these guys had strong commitment to the work we'd do on the water.

On the way to the first fishing hole, I noticed that the roaring, nighttime wind was beginning to subside. By the time I reached my destination and the boat and anchor icons merged on the GPS screen, the wailing wind had fallen to a feathery whisper of a breeze, precisely the kind that makes a topwater bite seem imminent.

I started to tell the guys to try a Super Spook or Skitterwalk, but I noticed when they picked up their rods that they already had the plugs tied to the ends of their lines. Politely, they waited for me to describe the spot, then slid almost silently over the gunwales, shuffling off in the direction I sent them, casting with purpose, moving steadily, with unhurried, fluid motions.

Normally, I give some technical advice to people on how to work their lures, but these guys needed no help. In fact, one of the pair caught a fish mere yards into the wade, and his partner stayed clear of him while he fought it, still managing to move into position so that he could cast into the area where the fish had bitten.

"Good fish?" I asked when I saw a great foamy ball erupt before the man.

"Aren't they all?" he replied, without turning to look back at me. It wasn't a sideways comment; it carried no ill tone. Obviously, he was utterly satisfied to be attached to the fish. Patiently, he played the trout to his side and deftly pinched its lip with his Boga Grip. Lifting it clear of the water, he said, "Five and a half pounds, maybe twenty six inches. Nice starter." His friend nodded in approval as he pushed the trout forward and released it from his grip. Both stopped moving and began casting toward where he'd hooked the fish.

"You guys wanting to keep some eaters today?" I asked as I entered the water and headed over to join them.

"Probably just a couple each," the closer man replied. "As long as they are small enough. We don't like to eat the bigger ones."

At that moment, I heard the unmistakable whoosh of a trout's mouth cupping water as it attacked one of their floating plugs. In seconds, both of their rods were bent. Beyond them, I could see salty spray anointing the air to honor the antics of the fat trout they fought.

For a solid two hours, the scene repeated itself time and again; they seemed hooked up almost constantly, as was I. Most of the fish we caught were trout between twenty four and twenty eight inches, though a few upper-slot reds joined in the melee, tricking us into thinking we might have a true trophy trout. We also caught a smattering of smaller trout, perfect for the frying pan; though I tried to give mine to them, the men shook their heads and refused. "No worries, boss. We'll catch our own."

Predictably, in time, the blowups became fewer and fewer, and before I could tell them to do so, I saw the two almost simultaneously reach for the wading boxes they carried. I said, "You might tie on a Corky now," but before I could finish the statement, both showed me that they had one already in hand.

"Oh, by the way, Paul sent some Fat Boys for you. We put a bag of them in your leaning post," one said.

"Cool," I replied. "Be sure and thank him for me when you see him again."

As with the topwaters, I was preparing myself to give them lessons on how to work their Corkies, when first one, then the other hooked a fish.

"Dedoink!" I heard one say. The other chuckled, and I realized I'd never gotten a good look at their faces. As I began to move around to where I could see them better, they shifted in response, seeming to want to stay out of my way. Wherever I went, they maintained a respectful distance, adept at avoiding my glance. Eventually, I gave up the effort.

"A man can get addicted to that doink, that's a fact," I heard one say.

His friend answered, "Yeah, for years, I only got that thrill from a blowup, but now it's the same with my Corky."

Later, when the bite slowed in the waist-deep potholes into which we were casting, I began to notice more and more frantic bait jumping tight to the nearby shoreline. I'd just opened my mouth to comment about what I was seeing, when I watched the arm of one of my clients rise and point, indicating to the other that they were seeing exactly the same thing I was. Their performance provided evidence of supreme experience, as though they were old as the tide and moon, but they slipped through the water with the grace and ease of youth.

We three began a slow and nearly silent march toward where the fleeing mullet indicated feeding trout and redfish next to shore, tying on floating Corkies along the way. I didn't have to tell them to change the type of lure they were using, since the water was barely knee-deep; they just seemed to know what I was going to say. Furthermore, they had exactly what they needed in their boxes.

My dream continued to evolve in this soul-satisfying way, with us catching fish the whole morning. Some of the trout weighed upwards of eight pounds. The two astute clients were amply satisfied with the results of our efforts, though neither acted as though it was anything unusual to catch so many fish and big ones at that. They released everything they caught, except for a pair of eighteen inch trout each strung and kept.

When we climbed back into the boat at the end of the wade, it was about lunch time. I lifted the Power Pole and cranked up the Opti Max, intending to head to another spot, feeling like we'd given sore mouths to most of the fish in the area. I suspected that the catching wouldn't likely be as easy the rest of the day, after the intense morning bite.

"Let's just head on in Captain," a voice behind me said. "We like to quit while we're ahead. Why ruin the magic by pushing too hard when you've already had enough fun for three days, much less one?"

I could appreciate the wisdom of what he said, so I swung the bow of my Haynie toward the harbor and home. As soon as I tied off at the dock, the two men gathered their gear and stepped off the boat, stringers in hand.

"Wait, boys. I'll clean those fish for you," I offered.

"Not necessary, Captain. We'll just gut and gill 'em ourselves," one said with a shake of his head.

Then the voice of the other, "We'll be back here at the same time tomorrow."

"Yes sir," I stammered. "Thanks again, and have a nice evening."

As I watched them disappear around the corner of the bait camp, it occurred to me that I had never really gotten a clear look at the countenance of either man. In spite of that fact, I shared a sincere kinship with them. We were brethren, our souls forever connected by a similar passion for the same kind of fishing.

When they were gone, I relaxed at the helm of my boat, contented, in no hurry to go home. The hull softly swayed and my gaze moved out over the wide waters of the bay on which I made my living.

The sun in reflection danced on the waves. Sparkling rays seemed to leap like sprites off the water. I got the sense that I was being approached by angels. And then all was light, and all was right, and everything faded to white.

"When we got to the truck, I could see he was in bad shape, but he was still alive," the highway patrolman first on the scene relays to the crew of a local news station. "He had this gleam in his eyes. It reminded me of my retriever. She gets that same look on her face when we're calling a flock of ducks into the spread. I know the old boy must have been in grave pain, but he seemed deeply at peace with himself. I was thinking then that we might save him, but he passed away before we could extract him from the vehicle."