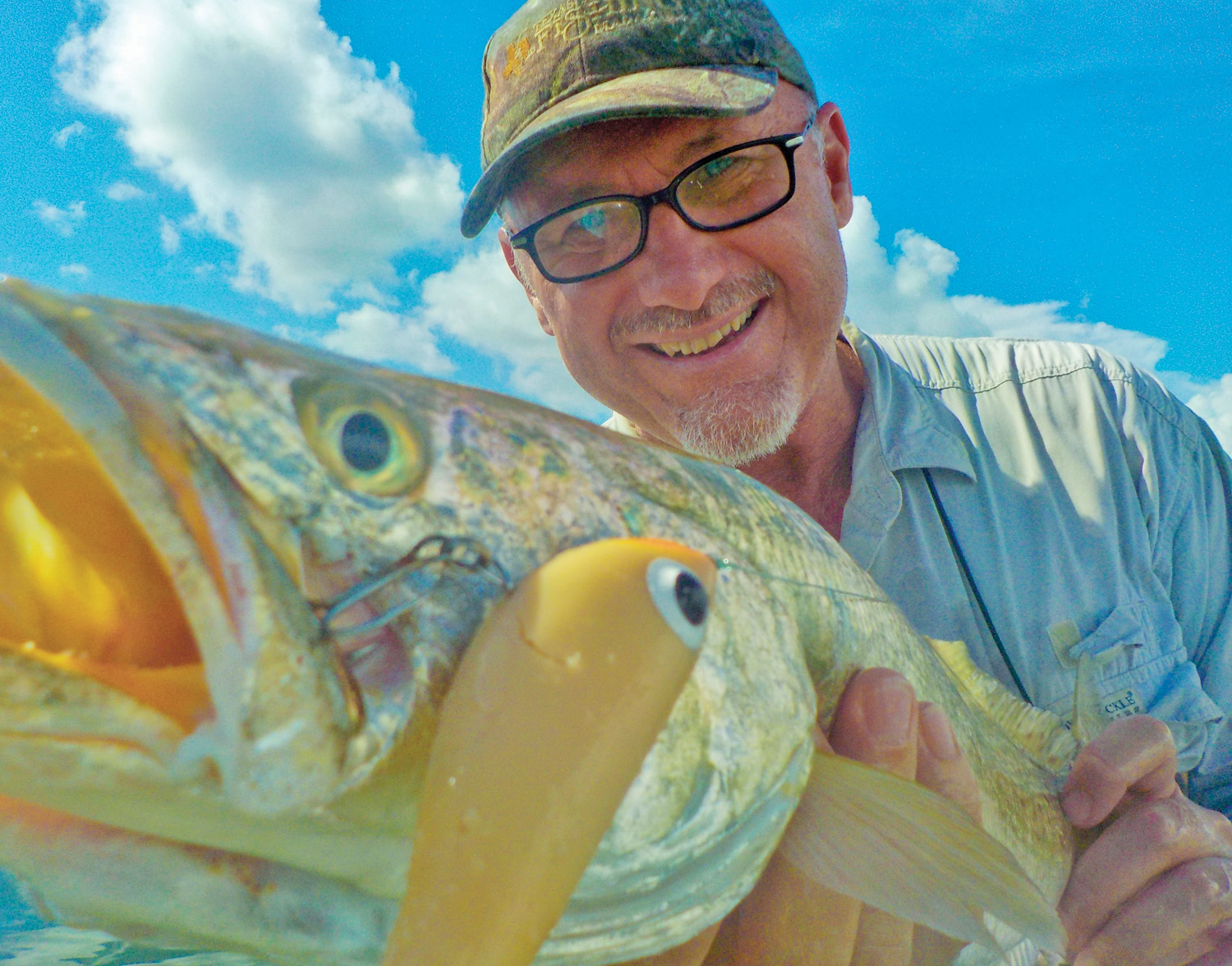 By the end of summer, some Texans grow weary of the persistent heat, eagerly anticipating the arrival of the next season's crisp, refreshing relief. On the calendar, summer officially ends about three weeks into the month of September. Ironically, in the minds of many coastal anglers, autumn begins on Labor Day. Some folks even mention the onset of “fall patterns” well before then. Adding further confusion, the blazing heat wave usually lingers into October, especially along the Lower Coast of the Lone Star State.

In a basic way, making successful angling forays to the Texas coast in September means resisting the temptation to jump the gun and expect cool weather to alter the habits of the fish too quickly. Generally, productive patterns available in this transitional month closely resemble those of the previous three. Anglers who correctly recognize September more as a summer than an autumn month increase their odds for productivity. Prevalent water temperatures partly dictate the truth inherent to such a statement.

The shallow water in our coastal bays tends to hover in the mid to upper-eighties throughout most of this time frame. Especially during the dreadful dog days at the end of summer and into the early parts of autumn, hot water tends to drive some fish to seek comfort in the relatively cooler, deeper parts of the estuaries. Consequently, catching trout in September often requires fishing areas close to deep basins, holes and channels.

When fishing this month, many savvy coastal anglers understand this and regularly begin searching for signs of life in the middle parts of the riverine estuaries from Sabine Lake to Corpus Christi Bay. On halcyon days, the flat surface of the water might allow them to perceive schools of redfish pushing wakes, even frantic shrimp performing aerial acrobatics.More often, in a greater variety of conditions, keen eyes focus mostly on locating pairs or flocks of laughing gulls or terns flying low over the water, looking for herds of shrimp pressured to the surface by roving packs of hungry trout and/or redfish.

Transitional months generally provide excellent potential for finding birds working on the bays throughout the state. Monitoring weather conditions and tide levels aids in the effort to predict when migrating prey species will likely attract the attention of predatory fish and the squawking flocks which shadow their efforts. Passing cool fronts force water out of backwater areas, triggering crustaceans and other forage species to move toward the open Gulf, where they remain during winter months. During this journey, the critters must pass a gauntlet of snapping jaws, creating a familiar drama which happens slightly below, at and above the water's surface.

Anglers easing alongside the natural stages where these life-and-death scenes play out relish the anticipation they inspire. Unfortunately, some become overly committed to chasing working birds, ignoring the ways slack, high tides and warm spells in the weather can stifle the activity for days at a time. During persistently hot weather in September, locating schools of trout and redfish in the open portions of Texas coastal bays often dictates a search for popping slicks and/or areas holding murky water, created by roaming schools of predators (usually redfish) working areas close to the bottom.

Red drum gather in herds numbering in the hundreds and thousands this time of year. In nearshore waters, spawning urges cause mature fish to commiserate. In inshore waters, youngsters join ranks before they migrate into the Gulf of Mexico, where they normally remain throughout their adult lives. In clear bays like the Laguna Madre, locating the staging schools by looking for reddish “blobs” moving over grassy or sandy bottoms in depths of four to five feet allows anglers to tussle with the tackle-busting brutes. Spoons, soft plastics and shallow-running crank baits help connect anglers with their adversaries in these drag-stripping showdowns.

Waders concentrating their efforts in shallower water often encounter smaller gangs of redfish, which show a tendency to attack floating plugs with reckless abandon during the days and weeks prior their move to the open expanses of the Gulf. Presentations which incorporate speedy, erratic movements regularly produce violent, foamy explosions when the bronzed bullies strike. Reds show a tendency to become interested and follow a floating plug while it hops from side to side in a rhythmic manner, but won't attack until the lure either stops for a moment or begins moving forward at a faster clip. Anglers accomplished at tricking them on topwaters recognize the need for speed in their presentations.

In fact, regardless of the lure deployed or the species targeted, presentations including speed as a primary component work well in September, especially when the feeding mood of trout and redfish falls to a low level. Inactive fish in hot water tend to ignore slow-moving targets, though they sometimes viciously snap in reflex at fast-moving ones, perhaps because their metabolism runs high in response to elevated temperatures. This truth rings loudest when water temperatures rise and stay above eighty degrees.

Of course, this mantra applies to the most effective family of lures available to anglers during the searing days dragging out the end of summer, the soft plastics. On many September days, soft plastics produce many more strikes than other types of lures. Wading anglers deploying worms in the shallows benefit from rigging them on light jigheads, eighth-ounce or lighter, while those tossing them from the deck of a boat around popping slicks, mud stirs or squealing flocks in the middle of the bays need heavier heads, weighing a quarter-ounce or more.

Heavier heads allow for longer casts, and help keep the worms lower in the water column than lighter ones. Anglers targeting trout and redfish under working birds certainly benefit from the extra casting distance, and those targeting them around mid-bay reefs and other deep structures need their lures to stay in the lower regions of the water column to entice strikes much of the time. Lighter jigheads tend to bring the worms in well above the heads of the fish.Inactive fish lolling around in the depths of a mid-bay basin often keep their heads and eyes cast downward, showing little or no willingness to look up and swim toward the surface to strike.

Effective presentations with these lures partly resemble those used in more moderate water temperatures, meaning they include raspy motions with the rodtip to create sharp, hopping movements of the lures up and down in the water column. In the hot waters common to this time frame, they also include speed bursts, made by holding the tip of the rod steady and turning the reel handle several times in rapid succession, to move the lure horizontally for several feet, at maximum speed. Sometimes, fish striking lures while anglers reel them in to make the next cast provide clues to the need for incorporating such rapid bursts into presentations.

These kind of reaction strikes can occur wherever anglers make an effort to catch fish, including two of the most productive places available this month, the surf zone and areas adjacent to the jetty systems lining the channels connecting the Gulf to the estuaries.Because many species of fish move from the shallows of the bays to the deep expanses of the open ocean during late-summer and fall, the waterways connecting these places will have fish passing through them during September. Consequently, anglers hopping around on the granite boulders will encounter trout and redfish at times this month.

Weather patterns can affect fishing at the jetties much the same way they affect the migration of shrimp and other baitfish in the bays. Tides pushed outward by northwest winds behind passing cool fronts tend to increase the activity levels of predators feeding around the stone walls lining the pathways from the bays to the Gulf. Instinctively, predators know they will encounter migrating herds and schools close to the slime-coated rocks at such times. They also know they'll find plenty to eat in the shallows close to the beach this month.

When gigantic herds of adult red drum venture close to the sandy shorelines of the Texas coast this month, they do so primarily for spawning purposes. They certainly eat a few meals while in the mood to make more of their kind. Their activity levels rise to the highest point while strong winds and currents make the surf zone look like coffee with extra cream.Knowing anglers toting long rods cast cut baits into the waves during such weather events.

Anglers effectively targeting trout in the surf in September can do so by fishing soon after a front, while offshore winds mute the waves rolling onshore. More often, they find success the same way they have throughout the summer, by venturing into the guts close to the beach during calm stretches, or when light onshore winds coincide with incoming tides in the late-night and early-morning hours. This truth repeats the basic moral of the story for coastal anglers in the Labor Day month—productive patterns on the coast during this time frame remain much the same as they have for the previous three months. September is, both literally and figuratively, more summer than autumn.