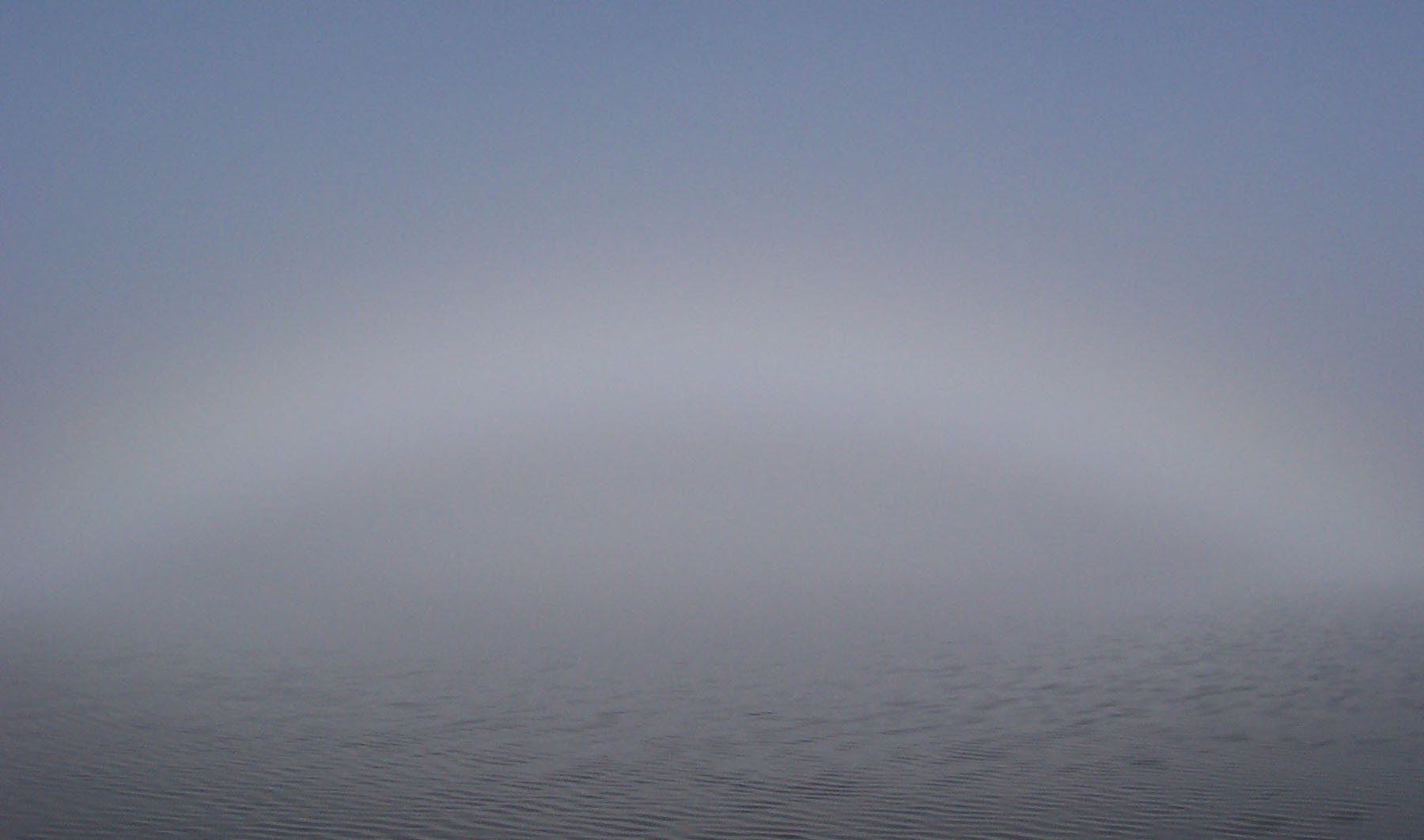 How would you navigate through this?

Over the last decade, I have run charters on every major bay system from the Louisiana shoreline to the Land Cut. Before that, I fished nearly all the named bays, lakes and coves in Texas while pre-fishing and competing in Troutmasters tournaments. For the duration of my tournament career and even for some years after I started guiding, I navigated without the aid of GPS. Today, I wouldn't think of doing so, though my skills as a captain are perhaps sharper because I went so many places in the past without the technology in place on my console.

Old-school captains who traveled all over the waterways without GPS developed a special set of skills to help them get around safely. Like them, I am adept at triangulation and have an acute memory for details related to visual references. I can accurately recall the significance of hundreds of pipes, canes, reefs, sand bars, and other "on the water signposts."

Sight-significant reference points don't matter in pitch dark or dense fog, of course. Using a GPS allows one to safely access areas in virtually all navigating conditions, provided the operator understands how to utilize the techno-tool properly. I've discovered several helpful keys to optimizing the efficacy of my color-enhanced Garmin GPS.

First and foremost, the map on the screen must be oriented with "track up." When set this way, the boat icon will be heading toward the top of the screen at all times. That means the bow of the boat will also be headed toward what's showing on top of the screen. This is the only setting that makes any sense to me when navigating inland waterways, where straight-line travel is rarely the best way to get from place to place.

I can understand how a "course up" setting might be useful when navigating offshore on open water where taking a direct path to a distant object or site is possible; such a setting would help keep the captain on track. On most units, the "go to" feature will accomplish the same thing. I can not imagine any situation where "north up" would be the best choice for orientation of the map.

I also don't get why so many people leave their track history feature turned on at all times. Doing so clutters the map with a bundle of lines in areas frequently traveled and causes the machine to begin deleting old data once the memory is full. I don't want such a mess on my screen, and I don't want useful tracks randomly erased.

Consequently, I turn the track history feature off unless I am using it to actively place a "route" on the screen. I only save these lines when I can see clearly where I'm running, so I can lay them exactly where I want them. I have lines in place for major paths I routinely use to access various parts of the Laguna Madre/Baffin Bay system.

Some of these tracks pass dangerously close to major obstructions. If a track line passes through a narrow gap between hazards, such as a cut in a reef, sand bar or rock bed, it pays to use extreme caution and slow down when navigating that stretch. It can be difficult, even impossible to stay exactly on a track line, especially when looking back and forth from the screen to the water ahead.

It's tough to make it to the intended fishing hole if the boat is hard aground or the lower unit is sheared off! In a narrow, weaving bayou intersected by shallow sand bars, a track history is basically worthless. The best way to pass through areas like those is to proceed slowly and verify the location of visual references.

When I find a new fishing spot, I will idle to it in broad daylight from an existing track with track history off if I think there may be hazards like rocks, pipes or shallow sand bars in the area. When I've visually established a safe line, I'll turn the track history on and retrace my path at idle, with the motor fully down, laying a line connecting the spot to the main line of travel. In this way, I know I can retrace the line safely while on plane. In essence, my main line becomes like the trunk of a tree and the other like a short limb leading to the fishing spot.

If a spot is accessible from a line without passing close to navigation hazards, I don't place a secondary line coming off the main one. I know there are other ways to place routes on the screen, but I haven't found any that work as well as laying a track line after verifying the path as a safe route. Enhancing my long tree trunk routes with little limbs has worked wonders for me.

Usually, at the end of a secondary track line, I place at least one anchor icon after careful observation of the depth of the location and its proximity to the sweet spot to be fished. Sometimes, I place two anchors in an area, one for the predominant southeast wind and another for a winter wind of the opposite direction, so that I can easily work downwind toward the sweet spot.

These icons serve two purposes, allowing me to stop in exactly the same place each time while avoiding hazards and also giving me a clear idea of where the best fish-holding areas are relative to the position of the boat. They help me pull up to any of my spots in fog or darkness knowing where to head and approximately how far various guts, potholes, rocks and other structures are from the boat.

At the location of the actual sweet spots, I sometimes place fish icons, especially on small, isolated features in open water. That way, I can look at the screen and remember where the honey hole is in relation to the anchor site and can also point it out to my clients. We then have a basic idea of the layout of the site, even if we can't see its features clearly.

The practice of using anchor and fish icons makes it easier to return to exact parts of the bays over and over again. Stumbling around on a flat in low light just after daybreak looking for a subtle drop off or set of potholes makes no sense in the twenty-first century, when proper use of GPS technology will allow for direct access to those features repeatedly.

Making safe tracks involves the use of one other type of icon, the skull. I place skulls on all navigation hazards I find that do not appear on my GPS already, especially those that are near my regular paths of travel. The Blue Chart chip in my Garmin shows lots of rocks in the Baffin Bay area, but not nearly all of them. Furthermore, some of the icons on the screen give the exact locations of rocks, while others show general locations of large formations.

For instance, there is a line of rocks on the screen just east of the intracoastal in The Meadows straight across from Twin Palms at the front of Baffin. These icons indicate the presence of the line of rocks, but the icons are not located exactly where the individual rocks are. Consequently, I've added my own skulls to make my unit more accurate and complete.

This brings up a significant point regarding the use of GPS technology to navigate in Baffin Bay and the Laguna Madre. No chip or chart shows all the rocks and other navigation hazards, so people unfamiliar with these waterways should exercise extreme caution when exiting well-marked channels.

Rest assured that if the GPS shows several rocks in an area, it is not showing all of the rocks in that area. If it shows one or two icons, there may be a quarter-mile long line of rocks. Others have said and written that Baffin isn't as dangerous as the locals make it out to be, but I strongly disagree. I've spent considerable time on every named bay in the state and have learned that Baffin is by far the most dangerous to navigate. Even with a good GPS, it pays to be extra careful at all times and to add icons to the screen as part of the ongoing task of making the navigating less risky and the fishing more productive.

It's also worth paying for software and a patch cord (if necessary), so that information may be transferred from the GPS to the computer at home and saved in the hard drive and on a disc. That way, if and when the unit is lost or broken, the hard-earned data won't go with it. In this day and age, operating without the security blanket that a GPS provides can be a scary proposition.

I regularly leave the dock earlier than most everyone else, running in darkness or fog, sometimes both. I still use my trusty Q-beam even if the fog is really thick; it helps get the birds up and out of the way before I whack 'em with my bow or windshield! It also allows me to see other boats or floating hazards that might be lying in my established lines of travel.

Part of safely and effectively using a GPS involves remembering that it's still important to watch the waters ahead when running. Staring at the screen and hoping nothing is in the way is irresponsible and can be life-threatening. Some people who are relatively new to operating boats have likely become too dependent on the beneficial technology of GPS.

Take it from an old-school captain who's had quite a few mishaps in thousands of trips over the wide waters of the Lone Star State; it's wise to remain alert and vigilant at all times when driving a boat. It also helps to maintain a basic skepticism about the accuracy of what appears on the colorful screens of these marvelous, nearly magical tools we have working for us today.