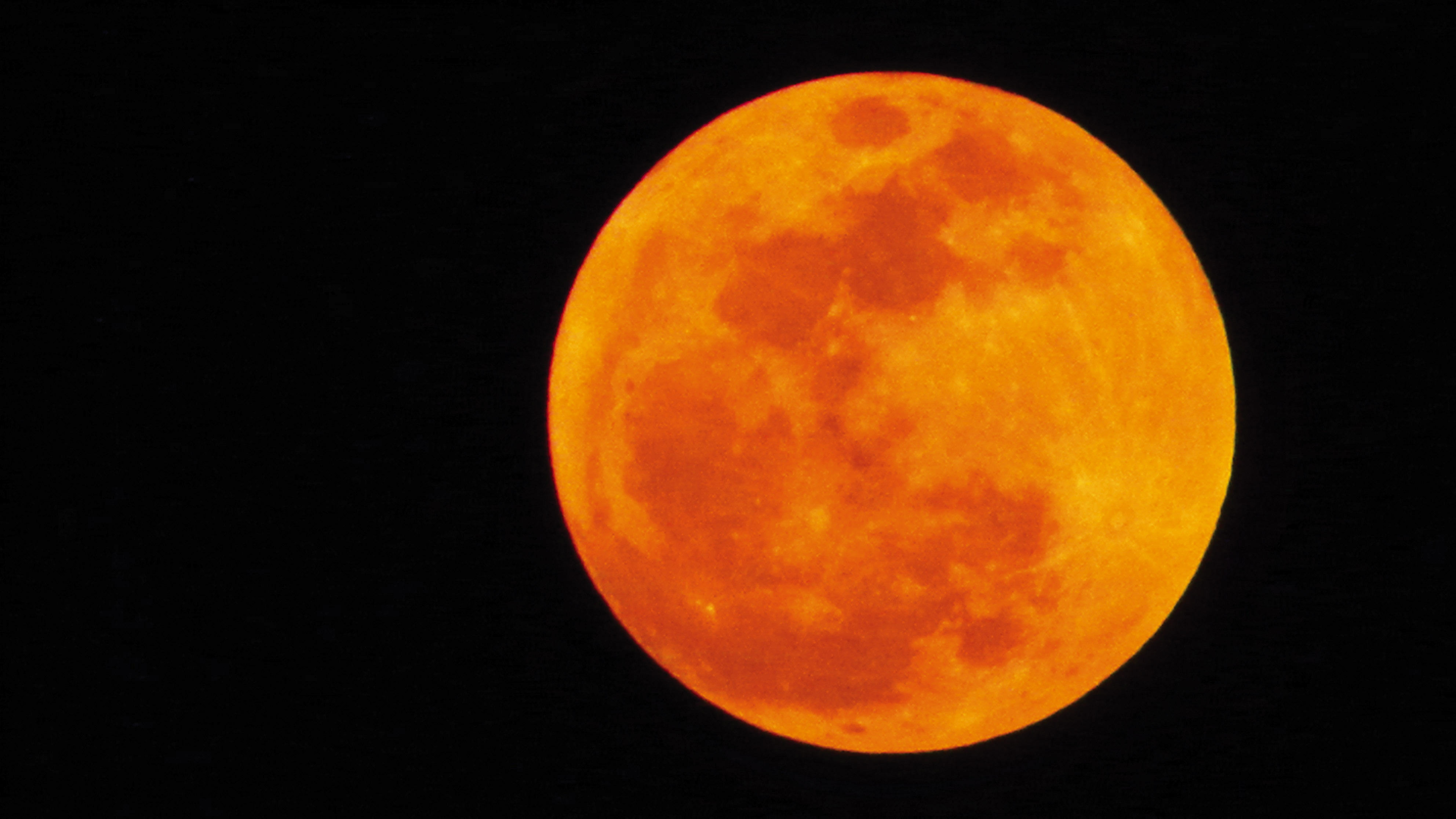 A Texas summer sun is fully capable of making bacon sizzle on a pickup truck's dashboard. The summer of 2011 was a record-breaker. Here's to the hope the warmest months of 2012 won't set a new standard! Coping with such extreme heat and catching speckled trout on artificial lures requires thoughtful tactics and specialized strategies.

One way to beat the heat is to fish in the dark. The best nights (and days) for catching are those close to strong moons, either full or new. Fishing under the wan glow of a full moon is easier, of course, but the bite can be every bit as good under a pitch black canopy. Choosing a night with relatively light winds is helpful, since noisy breezes inhibit communication and reduce the effective use of enhanced hearing ability.

When one can't see, the other senses come alive. On calm nights, it's often possible to hear trout feeding, locate them and catch them. When hooked fish thrash around on the line, they all feel and sound bigger than in the light. This exaggerated effect adds to the enjoyment of night fishing by elevating the sense of anticipation as each fish is played.

Anything which makes trout feel and sound bigger is certainly a bonus in the hot months, when catching an abundance of dinks is common. Certainly, gearing up properly for handling fish without the aid of sunlight is a necessary requirement for those looking to beat the heat by fishing at night. Carrying the proper lights and hook-extracting devices is a must. Additionally, those choosing to wade should never slide over the gunwale after sunset without protection from stingrays.

Wearing something like ForEverLast Ray Guards when wading should be done at all times, day or night. When rays can't see waders and vice versa, it's most important to place some kind of barrier between the stinging, poisoned barbs of the bottom huggers and the flesh of the feet and legs of the shuffling anglers. Another way to lower the likelihood of a disastrous encounter between man and ray in the dark is to walk around as little as possible when wading.

The best spots to wade at night are those which require the least movement. Wandering around and covering large areas in the dark is generally not as effective as doing the same with the aid of sunlight. When covering large areas, productivity is usually enhanced by the ability to see into the water and focus casts around productive parts of the flat or reef, or at suspicious looking bait activity. Without the ability to see these things clearly, the effectiveness of such a strategy is reduced.

Standing and casting around a proven, productive sweet spot is more effective in the black of night. Parking the boat near a drop-off of a sand bar, a set of rocks, a gap or other sweet spot in a reef, a grass mat or set of potholes along a shoreline, or along a well-known part of a spoil bank sets up a potentially productive nighttime wading excursion. Making a short walk toward a sweet spot and sustaining a focused effort in a relatively small piece of water is sensible and often outrageously effective. A high level of familiarity with the area helps make things safer and more productive.

Another way to make nighttime wading safer is to choose areas which aren't likely to lie in the paths of passing boaters. Walking around in running lanes is asking for trouble, to be sure. Setting up a wade in a treacherous area for boating, where no sane captain would reasonably run in the dark is smart. The features which make such an area dangerous for boating likely also make them potentially productive for fishing.

Catching trout in summer can, of course, be done in the daytime too. Keeping rods bent in the heat means understanding how high temperatures affect the trout's movement patterns and variable feeding mood. These things first and foremost dictate choices related to the never-ending quest to locate fish.

When water temperatures climb into the mid-eighties and stay there or higher, many of the trout will move "deep", some preferring to make short forays into shallower water when it's coolest, meaning late at night and into the early morning hours. Some of the fish will stay put in the depths all the time. Consequently, summer trout fishing can be pleasant and productive for anglers who enjoy fishing from the boat. Certainly, targeting areas with deep, scattered shell and submerged reefs can be wise in the heat, as can fishing humps on ship-channel spoil banks.

Finding concentrations of bait and slicks popping in areas like these can lead boating anglers to plenty of trout in hot weather. Employing soft plastics on relative heavy jigheads (three-sixteenths ounce and heavier, depending on depth and current velocity) usually produces well in areas like these. Fishing open water is best when winds are light and tides are moving, but not too strongly.

Windier conditions sometimes dictate the need for wading, or at least fishing shallower areas offering more protection from the breeze. Summer wading is often most productive in places where shallow water lies close to deep basins. Early in the morning, trout often roam out of the cooler depths of these basins to feed, then move back into the "swag" to chill out again. The edges of ship channel spoil banks like those along the Sabine Channel, and those near Indianola and Ingleside all offer excellent potential when the weather is sizzling.

Spoils along the ICW in both Laguna Madres and East Matagorda Bay can also be good places to target feeding trout in summer. The keys to locating fish on all these shallow humps fronting deep ditches is to locate active schools of baitfish and to time the effort to coincide with the trout's need to feed. This means working the area when the water is moving if the spot is located near a strong tide source, and fishing it early in the morning if it isn't.

The beachfront is another area having shallow water next to a deep basin. When winds are light and wave heights small, walking into the ocean at the crack of dawn can provide summer's best catching potential. Most savvy surf anglers focus their efforts early on the first gut or the drop-off seaward of the first sand bar. Topwaters are often deployed first and foremost.

Topwaters work well throughout the summer for trout, wherever and whenever the fishing effort is made. Generally, junior versions of floating plugs catch more fish than larger ones. Fast, erratic presentations definitely outperform slower, more steady ones, particularly when the trout aren't actively feeding. Creating numerous speed bursts with little, light plugs is much easier than with larger, heavier ones. If conventional topwaters are working well early and then the blow ups begin to become fewer, switching over to a "prop bait" can keep the foam flying. As with dog-walking plugs, using propeller-enhanced topwaters most efficiently means changing up the speed, intensity and rhythm of the presentation to best mimic the movements of injured bait fish.

Topwaters won't catch fish at all times in the summer months though. For me, the second-best lures in the heat are soft plastics. Often, my daily routine is to work the topwaters until I can no longer find a way to make the trout rise to the bait, then switch straight over to bottom bouncing soft plastics. This change in lures also frequently coincides with a move to slightly deeper water, usually more than waist deep, off the edge of a flat, sand bar or spoil bank.

In cooler water, my second choice of lures is often a twitch bait like one of Paul Brown's Original Lures. Plugs like these will work year-round, but they are least effective in the hottest water. I believe this is most true because it's difficult to work them in the proper depths at high speeds. Twitch baits more suited to fast presentations like 51 and 52M MirrOlures and broken backs like the Bomber Long A often work better in the heat.

Some of the summer's trout will go against the trend of the majority of their finned brethren and will stay shallow most of the time, even in the heat of the day. Many trophy experts prove this on a regular basis by pulling monster specks out of water less than knee deep by sightcasting when water temperatures approach or exceed 90°. My friend Jason King did just that in August of 2010, when he caught a 32 inch specimen weighing nearly nine pounds.

Targeting these scattered, often lethargic behemoths is best done from a boat when winds are relatively light (but not dead calm), in water clear enough to allow the angler to see the fish. Because they are often alone, they can be exceedingly difficult to trigger into striking. Making numerous casts with subtly colored soft plastics on light jigheads and bringing the lures slowly past the fish's nose within mere inches is often required to make them bite. This is why wading around in these areas and blind casting often results in no catching whatsoever, potentially leading anglers to falsely conclude no fish are present.

Catching monster trout in the shallows when it's really hot requires specialized skills and plenty of good fortune; culling through numerous dinks in deeper water and hoping for a big bite is a more sensible strategy for many. Whether fishing from a boat or wading, this often means using fast retrieves with topwaters and soft plastics early in the morning or in the dark, and fishing areas with deep water close to shallow shelves.