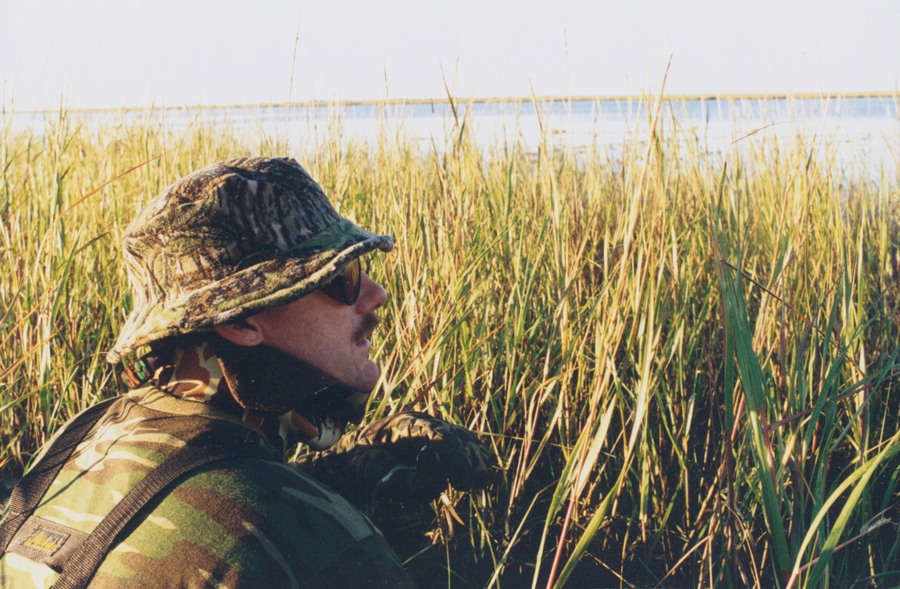 Winter is a season filled with fine traditions, from the spiritual ones filling family dens and dining tables to sporting ones that play out in wide open, wild places. Christmas comes at the beginning of winter; as the bells ring in the New Year, the cold quarter settles in. While the holidays are here, lights shine from the eaves of decked out houses, churches resound with smiling choirs and fireworks splash the night sky with booming colors.

In small towns across south Texas, the spirit of Christmas and hope for the New Year are celebrated in the same ways they have been for decades. Throughout the holidays and soon after the lights are unplugged and the smoke from the firecrackers clears, a set of beloved outdoor traditions climbs to its own crescendo.

Trophy trout enthusiasts like me love this time of year. The fish are fat, their frames supporting weight in anticipation of the spawn to come in spring, and they feed at predictable times, making them relatively easy to locate and catch on artificial lures. The crowds of anglers jockeying for position on the water later in the year are mostly absent, as fair-weather fishermen wait for warming winds, rising water temperatures and the return of live shrimp and croakers to the bait stands.

We lure-chunking trophy seekers will be sharpening hooks on our favorite plugs, sealing leaks in our neoprene waders and donning the gloves that take the sting out of gripping a stainless steel steering wheel on frigid morning boat rides. We'll pull up the hoods on our waterproof jackets and turn our backs to chill winds, content to make lots of casts for a few bites if necessary, knowing that this season holds the best potential for receiving a double-digit gift from the fishing gods.

We'll make forays to the flats on sunny days between passing cold fronts. Big specks move shallow in the wake of these fronts in order to warm up, seeking soft muddy bottoms and dark grass beds, which act almost like blankets when heated under bright skies.

Damp, dreary days behind Pacific fronts can be productive too, and are most enjoyable to those who relish the solitude of relatively deserted winter bays. The sloppiest weather can bring the biggest fish within range of anglers willing to wait out the inevitable lulls in action. Fishing in wind-driven drizzle when it's fifty degrees is not for everyone, but those of us obsessed with catching wall-hanger trout will be out grinding in weather like that.

Other sporting folks will load airboats and johnboats with decoys and dogs and head for marshes in places like St. Charles Bay, Redfish Bay and the flats of Shamrock Cove just south and west of Port Aransas, setting up spreads to trick our "winged winter Texans" within shotgun range. They'll blow into fluted, hand-carved calls to imitate seductive feeding chuckles and urgent turning pleas, maintaining a constant vigil on the horizon, scanning for flocks of fleet birds which arrive on swiftly beating wings.

A few energetic people will combine duck hunting and fishing into "cast and blast" outings, all-day celebrations of the bounty of these wetlands, hunkering down in marsh blinds and taking aim in low light, then drifting and wading warming flats when the sun climbs higher and the birds stop flying. Perhaps such outings should be called "blast and cast," as the fishing always follows behind the hunting! Those who partake in this tradition treasure the rare opportunity to experience fast wingshooting and productive shallow water fishing on the same day in such relatively small areas.

The biggest concentrations of ducks in local marshes and on the open bays will be here after the turn of the new year, though some will be most wary of hunters. A greater variety of birds will be found in the northern reaches of the Coastal Bend, with redheads, bluebills and pintails dominating the air further south. The Laguna Madre holds nearly all of North America's redheads in late winter; they paint a dark streak across the sky when rising en masse to avoid trophy trout hunters boating to Baffin and back.

The sight of thousands of ducks swirling skyward in all directions around the boat takes those of us who love the outdoors to a cherished and familiar place in our minds, as does a glimpse of the tall tines of a trophy whitetail sneaking through tangled brush on the King Ranch shoreline.

Last year, pictures surfaced on the internet, showing a monster specimen allegedly killed among the shadows in the mesquite scrub on that famously vast place. The old buck was reported to weigh two hundred and twenty eight pounds and on his head he carried a fourteen point rack which was claimed to span a full thirty four inches. Sprouting one from each main beam, a pair of seven inch drop tines pointed down. Though the measurements and location are now known to be part of a hoax, many south Texas hunters believe bucks of that magnitude are out there somewhere, having seen them while fitfully tossing and turning in their sleeping bags, dreaming on the night before a hunt.

Late season is a good time to take a trophy whitetail down here, especially if the winter's mild and the rut starts late. If the rut ends earlier, only the stealthiest, wisest and luckiest of hunters will find the big boys moving around in the light of day. Either way, many folks in this part of the state will partake in the rituals and traditions surrounding the hunt for whitetails, whether they are pursuing a trophy or just hoping to harvest a cull buck or a doe and put some venison in the freezer. Deer hunting brings out an ancient spirit in some folks, reminding them of their cultural heritage and rekindling a predatory instinct mostly dormant in this crowded, urbanized world in which we live. Stalking the senderos in search of Muy Grande on a brisk winter morning warms the souls of many Texans as much as the campfires they kindle in the evening warm their feet.

It is possible to adorn life in this cold season with ornaments other than the kind made of silver and gold. Magnum specks are as fat as they will be all year and are known to bite plastic plugs regularly. Handsome, mature drake mallards, wigeon, shovelers and pintails are wearing full mating plumage. Monster bucks sport rut-sharpened, polished racks and might foolishly run within rifle range of shrewd hunters who wait in the right places.

These kinds of gifts cannot be purchased at the local mall; they are both priceless and free. A jolly man in a fluffy red suit does not deliver them. Mother Nature provides them to patient sporting people who participate in time-honored traditions that thrive here in our coastal wonderlands.