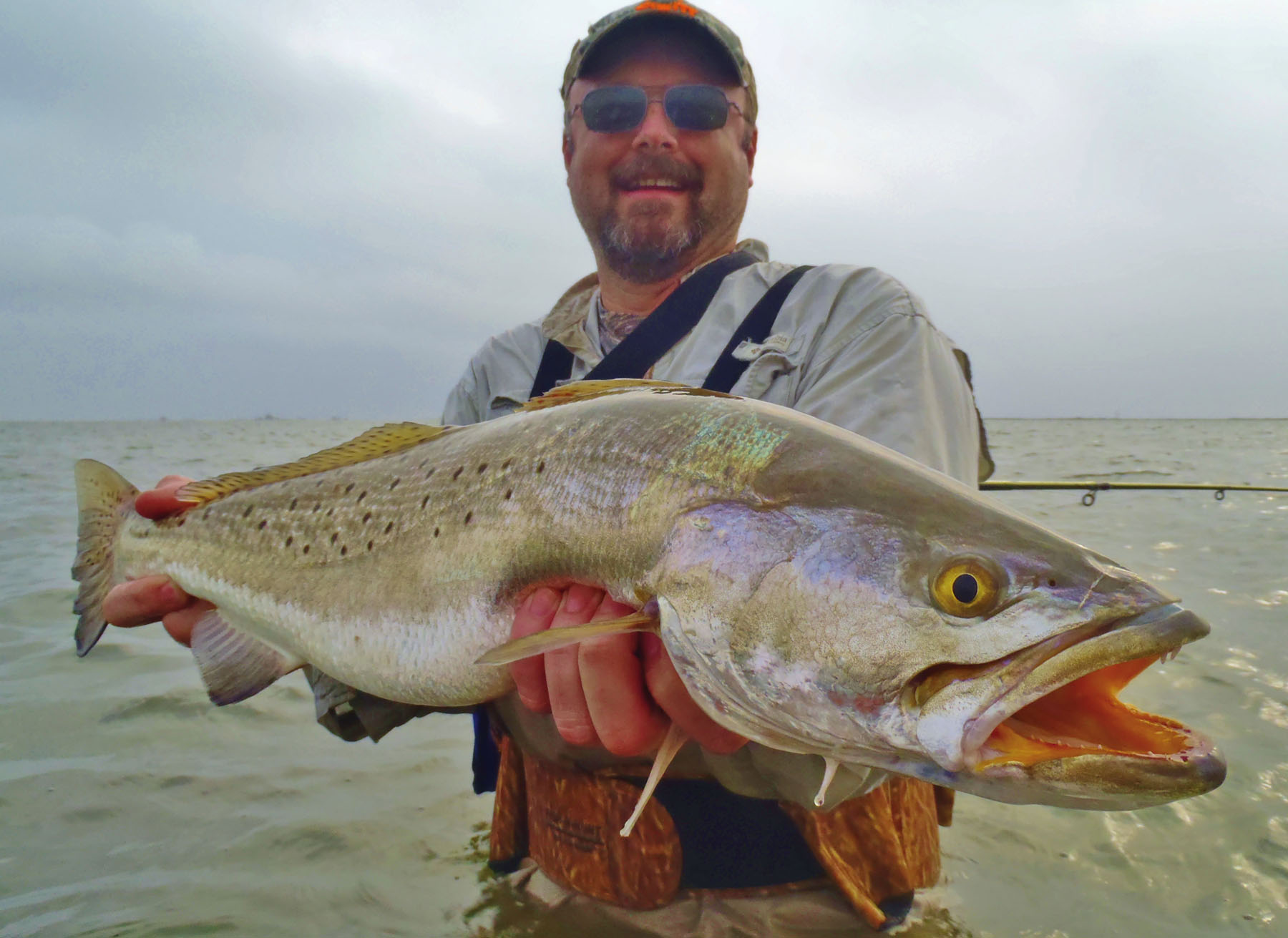 In some people, youthful impulsiveness gives way to a more patient, persistent attitude as time passes. A famous joke about two bulls poignantly depicts the evolution in demeanor. Because the version I've heard is somewhat crude, I'll tone it down a little here.

Two bulls arrive at their new home pasture, riding in a cattle trailer towed by the ranchers who recently purchased them at auction. The larger of the pair, an aging sire, has seen many of his offspring sold off to slaughter houses. The other, a promising young specimen just entering the prime of his productive life, narrowly escaped the hammer, bought by the owner of a vast herd for breeding purposes.

When the trailer's gate opens and the two hefty gents hop onto the soft, fertile ground at the top of a hill, they survey their surroundings. Both notice a couple dozen cows standing at the bottom of the slope, many of them casting curious glances uphill, slapping at flies with their tails and chewing their cud. Immediately, the young bull's frisky nature expresses itself; he begins kicking up his hind hooves, announcing his presence proudly with loud snorts and grunts. The venerable one stands still and silent, reaching out to pluck and sample fresh, delicate strands of grass under his feet.

Excitedly, the inexperienced one approaches his elder and says, "Just look at all those pretty heifers! Let's run down there and introduce ourselves to one!"

The veteran patriarch raises his head slowly to gaze on his new harem. He, too, likes what he sees, but he has a radically different idea. "Nah," he counters, "let's walk down there and introduce ourselves to all of 'em!"

Remembering the old joke started me thinking about the sport of fishing as I've come to know it. To bring the content of this piece back around to our magazine's topic, I offer a tale of two anglers, an old salt and a young gun, who wind up together in the same boat for the first time due to unexpected circumstances.

The story starts when the old man's boat breaks down and strands him on the water; the young one responds to his distress signal and tows him back to the dock, not so much because he possesses a kind and generous spirit, but because he recognizes the disabled boat and its famous operator. The old captain's reputation as a big-trout guru reaches deep into the fishing network.

The youth at the helm of the "go-fast boat" has a plan. When they reach safe harbor, the elder one tries to give his rescuer some cash, a customary gesture in such a situation. But the other one shakes his head and refuses the money; instead, he states a request.

"Let me take you fishing some time. I'd like to pick your brain and watch how you do things," he says.

The aged one stands silent for a long moment, with arm extended, his fingers wrapped around the folded currency. Before answering, he halfheartedly raises his hand, hoping the other will take the money and forget about the two of them fishing together. Finally, some time after the silence becomes awkward, the crusty captain lowers his arm and reluctantly agrees, saying, "Okay. Let's meet here at daybreak a week from today. Thanks again and see you then."

Mostly, the old dude fears getting into the "bullet boat" with the hot-shot captain. Once the boat manufacturers started obsessing on building faster and faster boats to appeal to the needs of the current generation of tournament anglers, guys like this elder statesman began predicting disasters. "Nobody needs to be zipping around on the water like that," he laments. "Eventually, somebody's gonna get killed."

The older crowd sneers at the helmets and goggles, and wonders how the guys can see where they are going, hunkered down so low behind the console. They cringe when they hear one of the speedy craft coming, scoffing at the high, white rooster tails they throw into the sky behind them as they pass. Essentially, the boats symbolize a clash of two cultures. The young guns seem impetuous and hasty to the salty veterans in the older crowd, who prefer safer hulls and slower engines over the flashy speed boats with all their bling-bling.

A week later, when the two anglers depart from the dock in the low-sided sliver of a hull, the venerable one takes firm hold of the arms of the bucket seat in which he rides, readying himself for the long trip. The young captain has announced his intention to venture far to the south, into a shallow area famous for sight-casting opportunities.

While they ride, the sky and horizon seem to whiz by supernaturally fast, and the old man's lids peel away from his eyeballs. Bowing his head, he grits his teeth and holds on tight, hoping the other one knows the way well enough to avoid colliding with something solid. While the wind whistles in his ears, he thinks about the younger crowd, and the way they do things.

"Wonder how many times they blow right by the mother lode on the way to some distant destination?" he muses. "How could anyone tell what might be on that shoreline over there or behind that spoil bank while shooting over the water at speeds like these?" He contemplates asking the driver to slow down so they can get an idea of the potential in a couple of spots along the way, but quickly thinks better of it. "You really don't want to teach this guy anything important," he tells himself. "Just let him zoom off to wherever he wants and keep your mouth shut."

After a ridiculously short ride over such a long distance, the proud captain brings the sleek, shiny craft off plane, in a remote corner of a distant section of the estuary, where monster trout and bull reds often forage, in water scarcely deep enough to cover their broad, dark backs. Truthfully, the old salt marvels at the combination of shallow capability and speed displayed by the young gun's boat, though he does not mention the fact to the other.

"35 miles in less than half an hour," the proud youth exclaims, as he lifts the trolling motor from its harness and lowers it into the crystalline shallows. "I don't usually fish this way," he tells the elder one. "But I've seen you in this area lots of times. Can you teach me a few things about this kind of stealth fishing?"

The other grunts softly and sighs. "First thing you'd want to know is it's too early in the morning to do this right. Can't see into the water very good until the sun gets a little higher. Only way to find the fish around here right now is to look for wakes and read the nervous water and bait signs. Blind-casting doesn't produce many bites."

Ironically, the man on the bow nods his head, as if to affirm his understanding of what he has been told, yet he begins casting his Super Spook Junior far across the flat and working it feverishly, searching for a cruising fish. Reluctantly, the more experienced one stands up and casts a knowing glance across the smooth surface of the water, turning his head deliberately in search of some evidence of a fish, his arms relaxed and dangling at his sides.

While the anxious young man's clicking plug dances across the flat time and time again, the old salt stands still and silent, searching for the right sign. Eventually, he spots a subtle wake and points it out to the other. The young gun executes a perfect cast on the first try, placing his plug beyond and in front of the slow-moving target. When the lure crosses the path of the fish, a ball of sparkling foam erupts, and the young man's reel begins to wheeze out loud, while line peels off the spool. He makes some kind of celebratory and abrasive sound, one which makes the old man cringe.

Throughout the morning, similar events unfold. Both anglers catch several upper-slot reds and a couple of trout weighing around five pounds, always after seeing evidence of them before casting. The old man catches a few more on his dark paddletail with chartreuse tip, but the kid does okay with the Spook Junior. Though the younger one never musters a blow up while blindly casting, he never stops chunking and winding.

The sun rises higher in the sky, making it easier for the two to see the bottom and the fish cruising the shallows around them. Eventually, they realize what they've already suspected; not many fish populate the section of the flat they've chosen. "Let's try to burn some fish now," the young one turns to the guru and says. "What do you think about that?"

Old buddy shrugs and turns his head to the side. "Works for me," he mutters.

The design of the craft does not perfectly suit the purpose of running shallow and looking for fish, so the young captain improvises. He knows enough to keep the boat running as slowly as he can without coming off plane, and he does so while standing up in his bucket seat, to improve his vision into the water. Off across an extremely shallow stretch he goes, one lying between two slightly deeper "basins."

He has passed through the area before, and knows where he can and can not venture. As long as he stays on plane, he will be okay. If he stops, he must do it in certain places, to avoid grounding the craft. Somewhere in the expanse of pothole-rich shallows, he runs close to a school of perhaps twenty magnum trout. Both men see them clearly; their long, dark, dappled black backs contrast sharply against the bright sandy bottom.

Circling around, the driver accesses a slightly deeper area and shuts down the big motor. Hastily, he hops off his chair and onto the front deck, flipping the trolling motor into the water, activating its whirring blades and snatching up his rod and reel. A palpable urgency resonates through him as he readies his rig for casting; his fingers tremble with anticipation.

"What are you doing?" the passenger asks.

"Didn't you see how big those trout were?" the youth replies. "I'm gonna troll over there real quick and catch me one."

"Hmm," the old salt quietly counters. "I figured we'd walk over there real slow and catch 'em all."