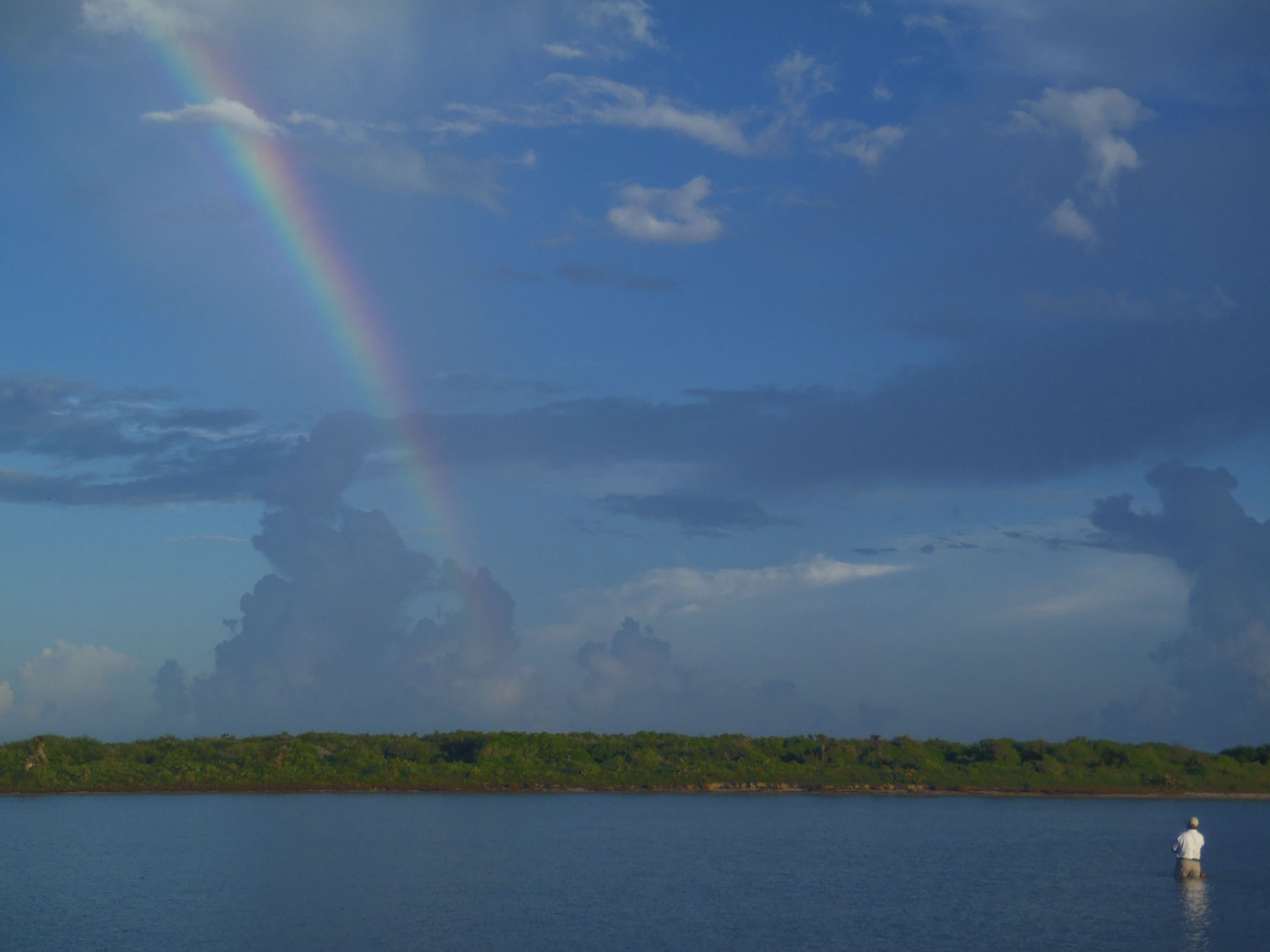 2010 has been one of the wettest years ever in the Corpus Christi area. Fishing is historically good during rainy periods.
All around the globe, calendars are set according to celestial realities. The timing of the earth's rotation on its axis and the duration of its orbit around the sun set up the grid of days that compile each year. Any studious ninth-grader can identify the points on the calendar which mark the beginnings and endings of the four seasons.

Spring begins on the vernal equinox, when the earth's equator lies on the same plane as the center of the sun. This date normally falls on March 20 or 21 in the northern hemisphere.

Summer starts when the earth is tilted most sharply toward the sun. In our half of the world, north of the equator, that event most often occurs on June 21.

Once the axes of the earth and sun align again, the autumnal equinox arrives, and fall begins, on or about the 22nd of September.

After that day, the tilt of the earth's axis dictates that the upper half of the globe moves steadily farther away from the bright star at the center of the solar system. Until December 21 or thereabouts, when the maximum angle is reached, and winter solstice happens, signaling the beginning of Jack Frost's season.

These well-known facts shape the calendars we buy at bookstores; officially and scientifically, the seasons are thus defined. But in our culture, we operate under the influence of an unofficial, second calendar too.

In our informal, secondary-calendar world, the seasons start and end with the timing of other culturally significant events. Thanksgiving is often thought of as the end of autumn in this alternate universe, so the entire month of December is part of winter in the minds of many.

The timing of Spring Break in public schools and universities signals winter's end. Bust out the Speedos and bikinis and head to the beach, spring is here! So goes the thought process, even though many of the week-long breaks end before the vernal equinox.

Summer starts, we all learned in our childhood, when the last school bell rings, sometime around Memorial Day. June is, for many, a singularly summer month, one for getting a part-time job, or just basking in the glow of freedom from the pencil pushers.

Similarly, Labor Day is seen as summer's end. Numerous news programs and television ads describe the holiday in exactly that way. School buses roll into the neighborhoods, and summer fun screeches to a halt, but technically, Labor Day occurs more than two weeks prior to the onset of autumn.

None of this qualifies as news to the readers of this magazine, I'm sure. I have taken the time to point it all out because I believe the existence of two calendars potentially creates confusion about how the changing seasons affect fishing tactics.

For decades, the stereotypical saltwater fishing "season" was thought to run from Memorial Day to Labor Day, (summer on the secondary calendar) because bait houses had plenty of live and dead shrimp available, and multiple species could then be caught in the bays. More recently, many have recognized that good coastal fishing is available throughout the year. Still, benchmarks are regularly cited as having relevance in saltwater fishing.

A surf temperature which stays at or above 70F has long been said to serve as a kind of kickoff for the year's speckled trout fishing. Flounder migrate most urgently when the water dips down to about 65 F and stays there. These are reliable, well-known truths. There are others of significance. Trophy trout nuts like me have identified more subtle, less recognized trends, which we consider when deciding where and how to fish.

I notice a tendency for big trout to move shallow, and by that I mean knee-deep or shallower, in great numbers, usually around the middle of February. Many stay in those depths until sometime in mid-May. In other words, plenty of jumbo trout are available in super skinny water in the last month or more of winter.

This hints at what I mean when I say the secondary, imaginary calendar has the potential to create confusion. Most people think catching trout in winter means, "You gotta get 'em deep." In early December, (when it's still autumn) I often hear people say, "Now that winter's here, the trout have moved deep and they'll stay deep until spring. The smart strategy will be to fish the edges of the channels until it warms up."

Many trout, especially the schoolies, do move deep sometime in late-fall and stay there until spring. Accomplished trophy hunters know this isn't true of the ol' big ones, though. I find that large trout prefer water from waist to belly-deep from Thanksgiving through mid-February, though they will periodically go shallower during this time frame, when the shallowest water is the warmest water. Those who believe they "gotta get 'em deep" will likely catch plenty for the frying pan, but few for the wall.

Basically, that's the bone I have to pick with the two-calendar system; it potentially misleads one about fishing facts. I'll accept that "fifty is the new thirty", especially for actresses with access to Botox. I might even buy the idea that HD televisions which cost thousands of dollars are supposed to last half as long as the cheap sets we had back in the 70s. But I just can't wrap my mind around the premise that winter is the new spring.

It pays to have one and only one calendar in mind when talking and/or writing about fishing patterns. If I write that trout are often found shallow in late-winter, I'm referring to the month or six weeks prior to the vernal equinox. If I post a picture in the magazine and say a productive summer pattern led to catching the featured fish, readers can rest assured that the fish was caught after June 21, during the real season, not during a mythical one muddling the minds of daydreaming schoolboys.

Many out there will undoubtedly suggest I'm ranting and raving about something of minor importance. I plead guilty; having done that before, I'm likely doing it here and will undoubtedly do it again! I don't just sweat the small stuff, I exercise it to utter exhaustion. Seriously, I do believe details are important in fishing. Keeping track of details accurately is helpful; doing the opposite is potentially harmful.

If a guy tells me he likes to fish a particular spot in the spring, I want to know that he means the period from March 20 to June 20, not February. I know, I know, temperatures can be balmy in South Texas in the second half of February, but a fish caught then is not a spring-caught fish, even if it's 89 degrees.

All seasons resemble others at times. Conditions like water temperature change slowly, and the effects of one season can linger into the next. After a cold winter, the water may warm slowly, and patterns in early spring may be decidedly winter-like. More commonly, hot daytime temperatures persist into October, causing early-fall fishing to remain disappointingly summery. Conversely, the coldest weather of the year often occurs in December, in the last gasps of autumn, especially in South Texas. If a hard freeze causes all the trout and reds to go belly up two weeks before Christmas, it will have been a deadly FALL front that took them out, not a winter one! That's my story, and I've got ancient and reliable charts of the solar system to prove it.