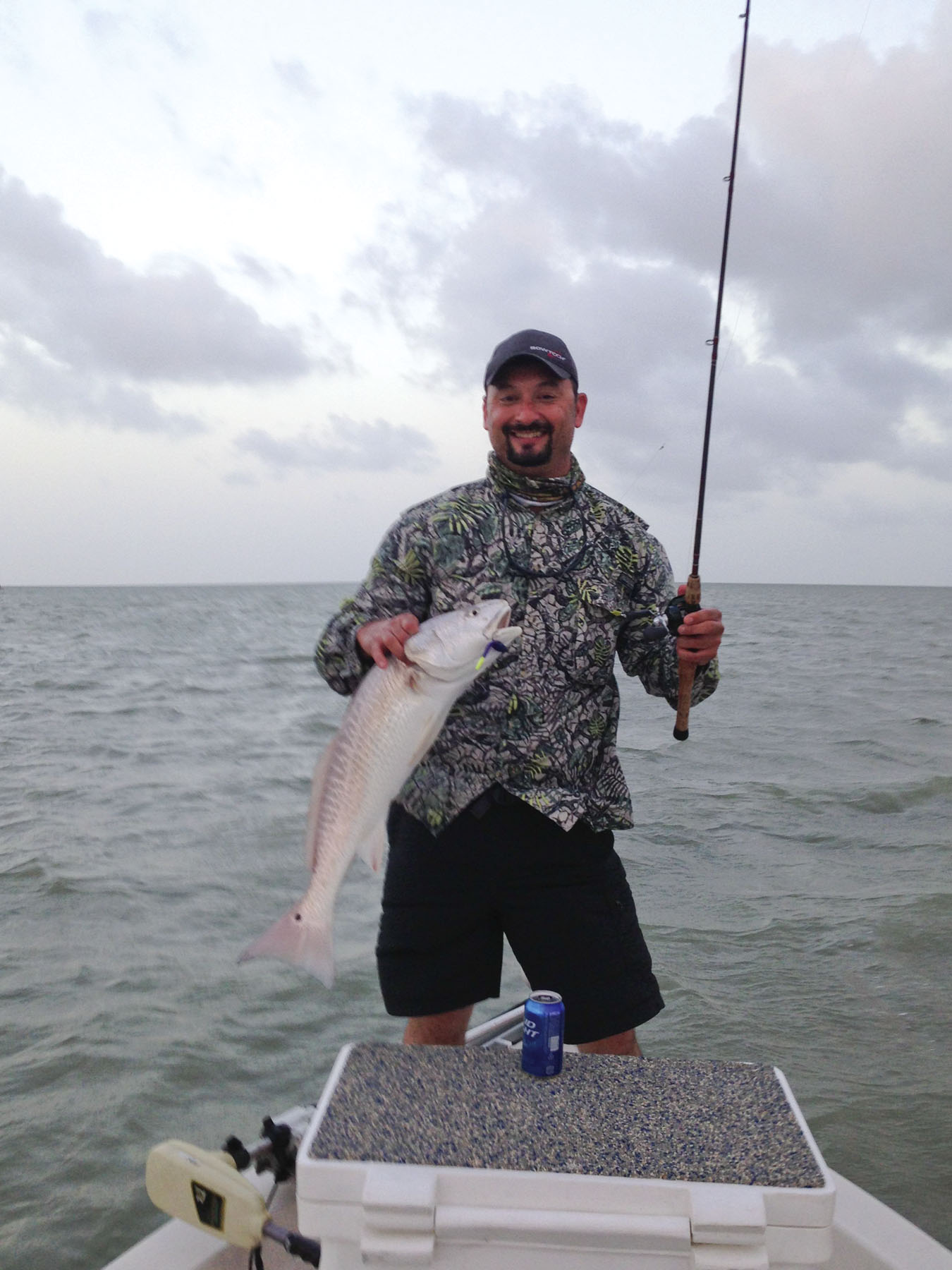 Robert’s big red made the drag sing!
Back in the summer of 2000 when a group of us got together for a few days of fishing at Port O'Connor, I didn't think at that time that we'd make another year, much less still be getting together in 2013. And while some from the original group no longer attend, others have taken their place, and now fourteen of us make the drive down to Port Mansfield every year for five days of fishing, eating, and funand more fishing.

Someone asked me why we drive all the way to Port Mansfield when there is so much good water to fish between where we live and there. There are multiple reasons why some of us drive 4.5 hours and why some drive 6.5 hours to get to the place we call Paradise.

All of those reasons are what make us pack up and head south, and why some of us make multiple trips, year after year.

You get to know people much better after having fished with them and you get to know them very well after having fished with them for years. You learn what color baits they prefer to use, what type of line they spool their reels with, and you learn what they like to eat and drink. You will share experiences, discuss family, share tips that you've learned, and simply enjoy each other's company.

My son has been fishing with some of the guys in our group for more than half of his life. Heck, he spent his seventeenth birthday belly deep in the Lower Laguna Madre catching trout and redfish. We've actually become more of an extended family than just a group of guys who like to fish together.

This year, thankfully, there were no major mishaps. No hooks embedded in anyone's leg, no fingers almost severed by sharp fillet knives, no bad storms to run away from or to be caught in, and no sharks feeding on anyone's stringers. No one stepped off into a deep hole and almost drowned and no one was chased back to the boat by a large bull shark. This year there was only wind to contend with and trout and redfish to be caught. And we caught plenty of trout and reds.

There were some trout over 27 inches caught and released and plenty of legal trout to 24 inches that wound up or will wind up being dredged in corn meal and dropped into hot grease. We caught a lot of redfish but not the numbers that we would have liked; but most everyone got to hear their reel drag sing when they connected with one of the brutes. We had some massive blow ups on top that by themselves would have made a morning wade worthwhile even without hooking up with a fish.

Being out in the water with a rod and reel in hand while watching the sun rise over the Laguna Madre is one of life's simple pleasures that I know I'll never grow tired of. Enjoying the company of family and good friends and sharing those moments is simply priceless. And if the fish happen to cooperate and are fooled by the hunks of plastic that we throw at them, well that's just a bonus we will gladly take.

And so another trip goes down in the books. And while some of us will fish together again during what's left of 2013, it will be a year before all of us are together again in one place for what will be our 15th annual trip; it can't come soon enough for me.

Henry David Thoreau wrote: "Many men go fishing all of their lives without knowing that it is not fish they are after."

What an awesome statement.