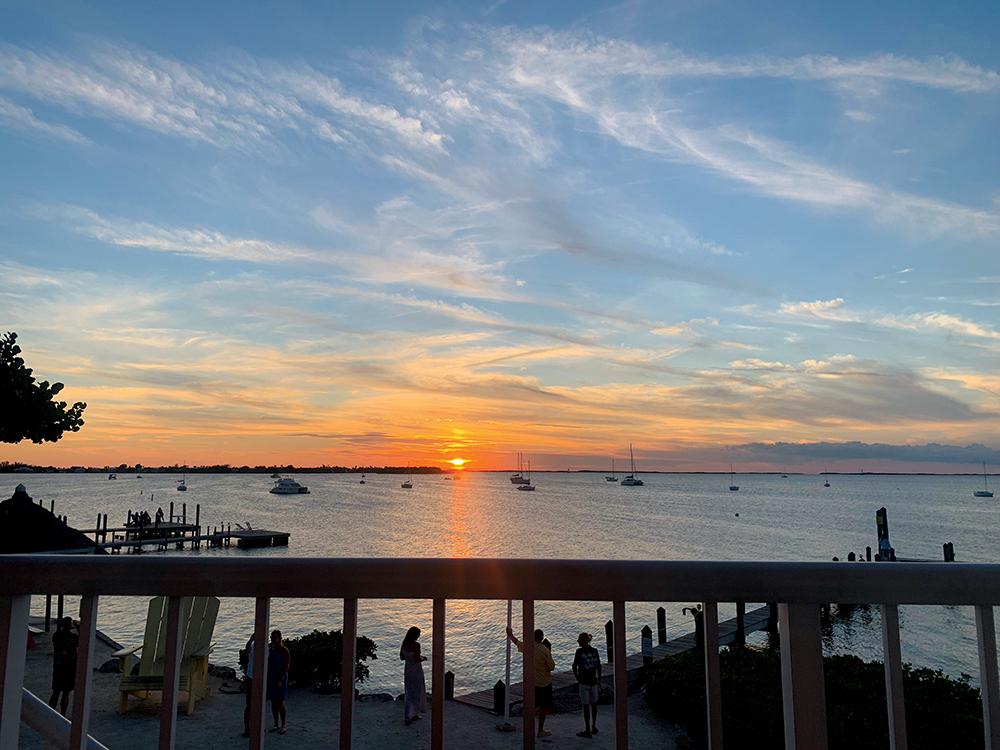 Continuing from my last article, my brother and I were on a fishing road trip into southern Florida. We made a two-day stop at Jupiter for some snook fishing and then continued farther south to our final destination, Key Largo. It was an incredibly long drive but we finally made it and were both eager to hit the water.

Before I go any further, I’m going to go ahead and say this—I have never felt as lost or out of my element as I was when coming down to the Keys. No matter the destination I have fished, I usually can find enough information to get started through conversation with friends and/or other contacts who have fished the area, watching videos, or reading articles. While these have worked quite well on other adventures I was unfortunately totally on my own this time. So, I resorted to doing what I know and that is spending hours on Google Maps. After finding areas that appealed to me, it then brought up another worry – navigation. The last thing I wanted to do was drive all the way down there and tear up something on my boat or sensitive habitat in protected areas. Fortunately while in Jupiter, I had an older gentleman give me a great piece of advice that really stuck. “Green and blue, go on through. If it’s brown, run aground.” This turned out to be extremely helpful since this was my first time to fish crystal clear water.

Another great challenge was learning to fish pristine water. I believe it fair to say that the water of the Keys is the complete opposite of Sabine Lake, even on Sabine’s best day. Knowing that we had to fish differently we both tied long pieces of fluorocarbon leader to our braid and changed up our lure presentation. We both stuck with our confidence baits in the beginning; mine being a Zoom Fluke while Blaze went with his old standby Rat-L-Trap. Now it was time to venture out and see what we could find.

We started out by heading east to a protected shoreline and the closer we got the better it looked. The entire bottom was covered in turtle grass all the way up to the mangroves and you could not have dreamed of anything prettier. Running the trolling motor along the shoreline we played with some smaller mangrove snapper but were unable to discover any other species. We moved along, exploring, and checking several more areas, and then finally headed back to port as we had gotten a rather late start that day.

We made plans that evening, and with a few adjustments, declared ourselves ready for a big day ahead. Eager to get on the water we took time only for coffee. The night before we had decided to head another direction toward a small group of islands. During our approach we noticed there was plenty of vegetation, lots of crystal-clear water, and lots of life. We spotted sharks from a hundred yards out and a few stingrays meandering around the flats. Easing across the flat we hoped there would be fish trailing the rays and our guess was accurate. We doubled up on a pair of jacks and fortunately these were the fun size. We continued on and came to a pocket that had a large sand patch in it. As soon as we began our approach we noticed a pair of bonefish patrolling the edge of the grass. The wind caught my cast and blew it completely off course but my brother’s shot landed perfectly. Much to my surprise, both of those bones wanted that Rat-L-Trap! They both swirled on it and after a missed hookset, they spooked and we never saw them again. The coolest part was that I have never heard of anyone using a Rat-L-Trap for bonefish.

Now that we were seeing fish and had tangled with the pair of jacks we were able to put some patterns together. We would end up doing mostly the same thing for the remainder of our trip while adding something new we learned each day. One of the most consistent things we learned was that windswept points of islands attracted fish and we were able to find plenty of jacks, snook, and shark hanging around these areas. Nothing truly new here because one of my favorite things at home is fishing windblown shorelines.

Finding and targeting snook proved to be a lot of fun and very challenging. Most of the them seemed to favor shallow grass flats near boat cuts and other edges along deeper water. All the potholes and other grassy edges seemed to hold them as well. We managed to sight-cast a few but you had to be quick because these fish are extremely spooky.

We happened upon a lagoon that I would consider the epitome of flats fishing. It had perfect water depth, scattered mangroves, patchy grass, and plenty of sand to spot moving fish. I was hoping to see a few bonefish in there but to my surprise we spotted redfish instead. Even though I traveled a great distance to target new species I just couldn’t pass up catching one.

We caught plenty of jacks, barracuda, and small lemon sharks. We found a lone tarpon, probably in the hundred-pound class, but we weren’t prepared for one that size. We also got to see several manatees and plenty of other wildlife.

Summing it all up I would say that the Florida Keys has to be one of the biggest fishing lessons I have ever received and I learned enough that my confidence is definitely much greater than when I started. For the most part, though, the most valuable part of the experience was that no matter where you go, it’s still fishing! Many of the same patterns are going to hold true; points, pockets, grass patches and channel edges are fish magnets. Besides all that, my brother and I were able to experience one of the most beautiful fisheries that our country, and perhaps the whole world, has to offer. I would highly recommend anybody, anglers or just sightseers, you really need to check out the Florida Keys.