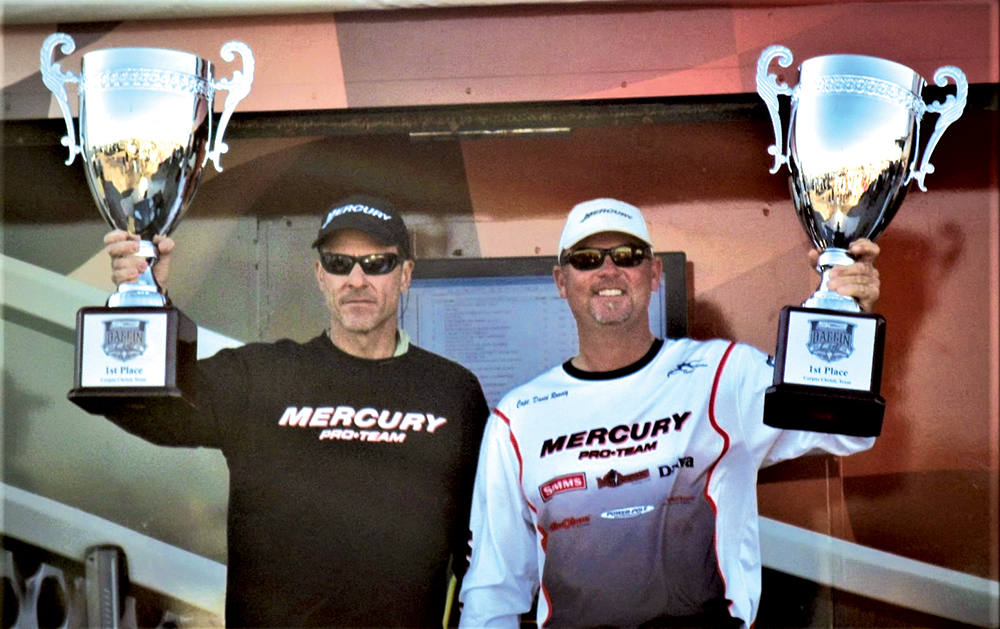 Packing up the bow and cleaning shotguns for the last time in early January is symbolic in the sense that my sole focus now is putting clients on giant trout. Not so long ago fishing tournaments were also a big part of that equation.

I made the decision after the 2011 season that I would no longer fish tournaments. A year later Eric Simmons announced his first big SCB Tourney with a $20,000 guaranteed first place. My old tourney partner, Mark Holt, tried to get me to fish it and I declined. My charter books were full, although I was thumping some big trout at that very time.

The Monday before the event I was cleaning a handful of fish at Bluffs Landing while my clients were showering to get on the road. A couple of fast boats docked up and some young tournament guys jumped out and began a conversation behind the partition wall at my back. They were comparing notes and one group suggested they would win the tournament if they weighed-in today.

A few laughs followed when one of them announced, "One of our teams may actually have a chance 'cause Rowsey isn’t fishing tournaments anymore." My ears perked up and was feeling kinda proud until another said, "Rowsey has won too many for too long. He's washed up." Well, I couldn’t believe anybody thought I was washed up at age 42. I eased my head around the corner to see which had said it and my competitive nature went instantly to Mach 2.

When I got in the truck I called Mark and told him what had happened, and added that we now “had” to fish the tournament. He had a good laugh and agreed to jockey his work schedule, while I had to con my three-day charter to let me take the Friday back.

Meanwhile, I called Chris Coulter of Haynie Boats and asked him to sponsor the $1,000 entry fee and we would be Team Haynie in the SCB Cup. Chris agreed after I told him I was on big trout. "How cool if team Haynie won the SCB Cup?"

My clients asked that we target reds on Thursday for a few fish to take home. I obliged and took them to an area that was stacked. Their rods loaded up as soon as we got in the water. About the third hookup for each of them the reds magically morphed into 6- to 8-pound trout. This was a whole new group of fish that had moved in. It’s the day before the tournament and I know for certain I'm the only one who is aware of them. Not to mention; I still have big fish holding in other areas.

Tournament morning started off at the redfish hole without another boat in sight. Mark and I had an epic morning and we made the decision not to sore mouth them all, and got out with a bag of trout that was within a half-pound of the lead. Perfect position!

Day two started back in the same area. Knowing that a big front was forecast to arrive around 0900, we’d have to catch fast. Damn the luck; the reds moved back in and we never got a trout bite.

On to Plan B, the original plan, before the discovery of the redfish hole and we scraped up another big bag in 30+ NW winds. Only one other team had a big day, so we knew it would be close to get the win. We managed to pull it off by the narrowest of margins, and got to do the big stage walk and talk.

While we were up there I scanned the crowd for the young man that said I was washed up. "Oh, there he is," I said to myself.  As we came off the stage I walked by him with the big $20K check and giant trophy. I purposely took a step past, paused, and stepped backed to face him.

Very politely, I said, "Young man, I want to thank you. You were my inspiration to fish this event."  He looked confused and asked, "How's that?"

I replied, “Monday at Bluffs Landing you told your buddies I’d had my time and was washed up." His eyes widened, looked more confused, and asked , "How could you even know that?" Now grinning, I replied, "I was on the other side of the wall cleaning fish. Heard it all, and made the decision on the spot to fish this tournament."

I could tell he was embarrassed and, to his credit, he apologized saying, "It was all in fun with no disrespect intended, sir." I accepted his apology, and bought new a John Deere tractor with the winnings.