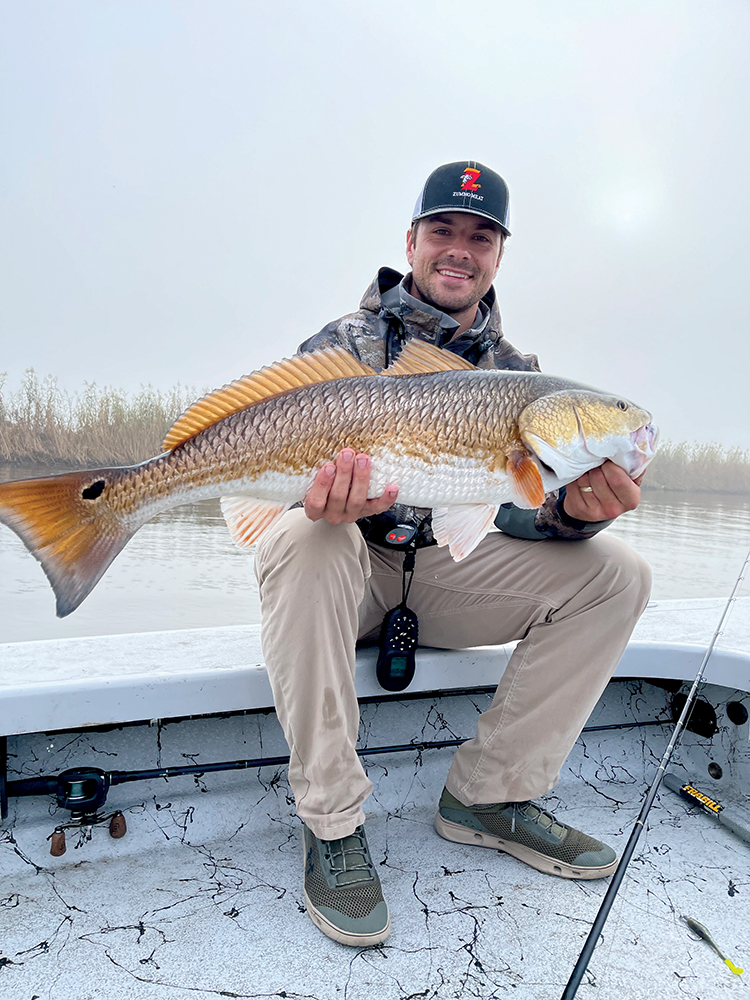 In case you haven’t noticed, 2021 took its own sweet time switching gears to winter, in fact it stayed downright balmy into December, which has been a blessing for those individuals dedicated enough to still be fishing. Traditionally, winter fishing rides a “hype train” of sorts, the entire coast gets giddy as everyone searches for that magical trophy fish that dreams are made of. Unfortunately, this year is shaping up to be the exception rather than the norm thanks to myriad weather events that have shifted the patterns and made things far less predictable.

Now I cannot speak for the rest of the coast but for those of us who call the upper part home, this winter may be more about discovery than anything else. Don’t get me wrong, there will still be plenty of folks chasing fish and you can bet there will be a few legitimate giants landed, but they will unfortunately be few and far between. In the meantime, many anglers will take the opportunity to explore some different areas while hunting for that big fish. The winter is one of the absolute best times to locate new areas to fish for a couple of reasons; ultra-low tides will expose hidden structure, and super clear water will allow you to see much more than normal. Both conditions are extremely helpful to anglers who are willing to take advantage of them as discovering new areas always pays dividends later in the year.

There are several techniques that we have used over the years to help in the “winter discovery process” but many of them have become almost obsolete given that today’s electronics will show you nearly everything you might hope to find. Before we had such sophisticated electronics, we spent time just idling around dragging conduit on a chain and listening for the shell when we went over it. Another less time consuming was following the oyster boats, they were obviously a dead giveaway as to where the shell or structure was located. With the sensitivity of today’s depth finders and other electronics, anglers need to do little more than be willing to idle around and pay attention to the screen while saving the locations for future reference when the time comes.

Winter fishing on the Texas coast, especially January, would probably be best described as a case of Haves and Have Nots. You either have fish or you don’t. Wintertime fishing can go from brutal and monotonous to epic in the blink of an eye and its incredible when it happens. Hours of endless empty casts can all be erased with one bite, if it’s the right bite. The countless hours of feeling like you got kicked in the teeth disappear the instant that one good fish breaks the surface and takes some drag before coming to hand. It’s exactly what keeps you coming back despite the less than desirable weather you sometimes must endure.

While most winter anglers will devote their time to chasing speckled trout there are a few who prefer the bigger pull and more consistent results that redfish provide. The Sabine area has been about as good as anyone can remember for chasing redfish this year and that trend continues as we head into 2022. Big schools of upper-slot reds have been a mainstay for weeks in the open water and many have decided to continue up the rivers. Local bass fishermen get a workout this time of the year as the redfish continually crash their party. I always enjoy seeing the smile on the faces of those bass guys when they find the redfish and actually latch onto something that will pull drag.

A tried-and-true pattern for catching the winter redfish actually stems from the bass fishing world and centers around crankbaits. Many hours, casts, and miles will be covered as anglers chunk and wind crankbaits all along shoreline structure in the Sabine and Neches rivers. Rat-L-Traps of 1/2 and 3/4 ounce, Hoginars, or any variety of small square-billed crankbaits will draw vicious strikes from cruising redfish during winter. The standard pattern of keying on tide changes is preferred as those redfish, along with all the other fish, generally become much more active with moving water present. Long casts parallel to the shoreline tend to produce better as redfish will cruise up and down the banks along the depth breaks while following bait. This pattern isn’t for the meek because it involves tons of casts and just generally covering a lot of water, but it certainly produces. All it takes is that first big thump and initial run to warm up cold-numbed fingers.

Speaking of discovery, I have to share one I made recently and that’s the lineup of rods from Temple Fork Outfitters. For years TFO has been associated with high-quality fly rods and fly reels, and rightly so. They make some of the nicest gear on the market. What you may not know about TFO is how nice their conventional spinning and casting rods are. I took one of their travel rods recently to Mexico and caught everything from tuna and bonita to snapper and grouper without missing a beat.

TFO is unique in the fact that they carry everything from fly rods to travel rods and most everything in between. Their line of fresh and saltwater rods in both spinning and casting are impressive, especially when you look at them for the first time and realize what a sleeper they are in today’s market. I have really enjoyed the TFO spinning rods this winter when dealing with the big redfish that have been stomping around Sabine Lake. These rods are light and have plenty of backbone to wear fish down while still capable of long, accurate casts. If you have never looked into the TFO lineup do yourself a favor and check them out, they’ll certainly surprise you.

As 2022 gets underway we can all look forward with great anticipation for what’s to come. With just a hint of cooperation from the weather-guessers, the winter program we have all been waiting on will come to fruition and we will all be the beneficiaries of some outstanding fishing. Just like the saying goes “you can’t catch them from the couch” so don’t overlook the opportunities that are there for the taking this month. Please keep in mind that cold water can be dangerous, and hypothermia is real. Wear your PFD and don’t take unnecessary chances. If you get the chance to go, be prepared, and if possible, take a youngster or someone new to the sport. You’ll be glad you did.