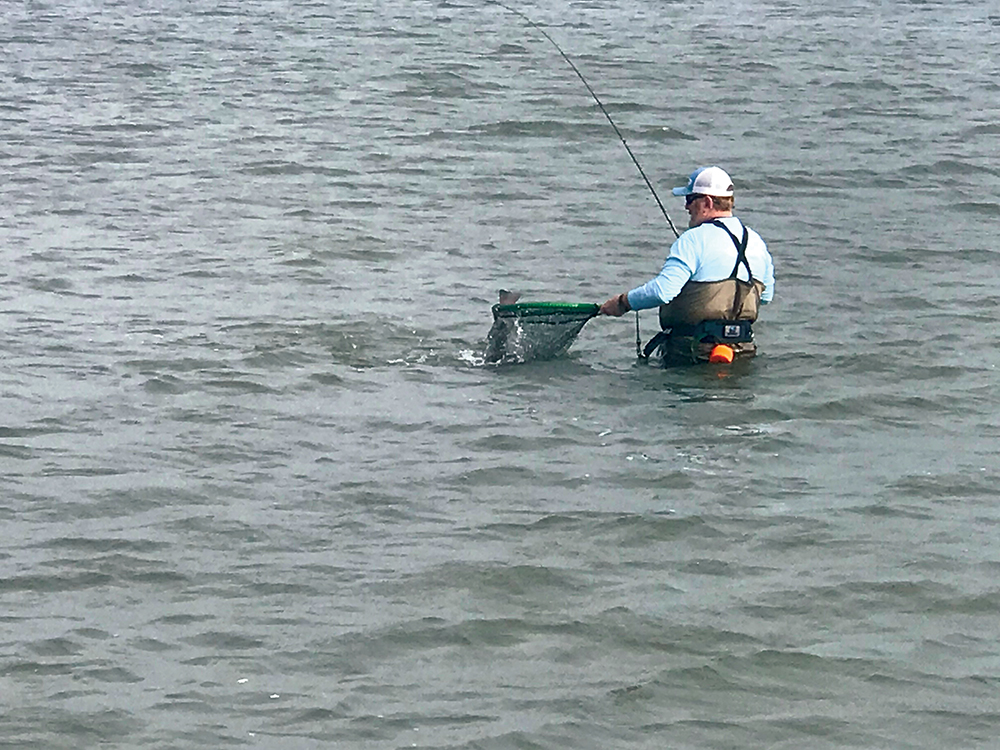 If you follow my articles you might recall back in January I mentioned that our oyster reefs in San Antonio Bay may be in peril, and the reason is two-fold. First and foremost, Mother Nature was far from kind last summer as she dumped nearly a hundred inches of rain on our local bays and salinity plummeted to near-zero for several months. Oysters are very resilient but cannot survive very long under these harsh conditions. The other part of the problem is commercial oyster harvest.

Some of you may not be aware but my husband, Gary Gray, comes from a commercial fishing family. He and his father, Neal Gray (Charlie’s Bait Camp), harvested oysters commercially more than ten years in the 1980s and 1990s. Naturally, I was quick to have them weigh-in on this present oyster situation.

In their opinion it’s all about abundance. In a normal season – when water quality is favorable and market-size oysters are plentiful – you wouldn’t see so many boats working small areas. As for the number of boats working San Antonio Bay the past several seasons, they also agreed it was not uncommon to see hundreds of boats, even back then. So, with that said, they agreed that Mother Nature’s droughts, hurricanes, and floods over the past twenty-something years has by far had the greatest negative impact on oyster reefs all along the Texas Coast.

Extreme weather events have taken a huge toll on oysters and forced Texas Parks and Wildlife to close many areas to oyster harvest over recent years. This has resulted in the commercial fleet concentrating efforts in the few areas that remain open. Another factor Gary and Neal cited is the increase in recreational fishing. Back when they harvested commercially there were far fewer recreational anglers out there during oyster season – which means the majority of today’s anglers have little or no knowledge of the way it used to be.

Commercial oyster harvest has never been a free for all. Texas Parks and Wildlife have regulated the industry since the beginning. Regulations vary seasonally depending on abundance surveys by TPW and water quality as determined by Texas Department of Health Services, all of which are intended to prevent overharvest and preclude harvest of oysters unfit for consumption. Oysters must be at least three inches shell length. Boats are limited to 30 sacks per day, sack weight not to exceed 110 pounds, undersize oysters and dead shell limited to not more than 5% of the cargo. Public reef harvest season runs November 1 through April 30, Monday thru Friday, sunrise to 3:30 pm.

Honestly, I don’t think overharvest would be nearly the problem it is today except that the number of closed bays concentrates the fleet into the few areas that remain open. Seeing as I married into a family that has fished commercially some way or another over their lifetimes, and I myself have been a fishing guide for 20 years, I can’t help but feel concerned for those that will suffer financially if oyster regulations become too stringent or closed permanently. Imagine if the government suddenly declared you could no longer earn your living in the way you have the past twenty years. Hopefully TPW can gather enough information to determine whatever actions can be taken so that we can all continue to make our living on the water without endangering our precious oyster reefs and other resources.

Texas has twenty-nine designated oyster harvest areas, and here in early February only seven remain open, all of which are very small. The majority of these closures are due to low abundance of legal-size oysters. Sadly, I wouldn’t be surprised if these too are closed soon due to overharvesting. I truly hope TPW can find a solution that satisfies all parties and keeps our reefs, bay waters, and fisheries healthy while continuing to allow for less-impactful commercial harvest. You can learn more about the status of oyster harvest closures at: dshs.texas.gov/seafood/shellfish-status.aspx

Gary and I will be at the 47th Annual Houston Fishing Show – George R. Brown Convention Center – March 23-27th in booth 532. Stop by for a visit and talk fishing with us. We hope to see you there!