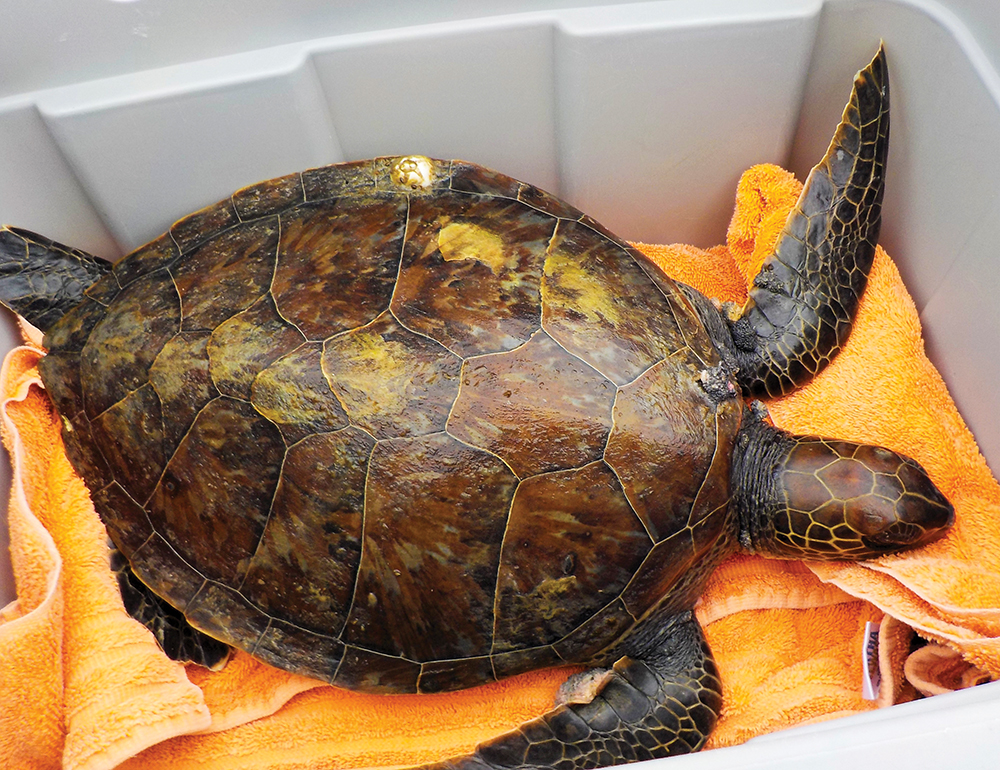 In Western Europe, people have gathered and danced around the maypole for many centuries, usually to celebrate the impending arrival of summer and to promote the productivity of the plants they'll grow and harvest. Some cultures also see the rituals surrounding the ceremonial pole as an attempt to enhance the fertility of the folks busting the moves. The hopeful hearts and souls of participants in the party energize the merriment associated with the revelry.

With summer approaching, many saltwater anglers in Texas think of the month of May in ways which resemble those prevalent in the ancient world. Many of us look forward to the steady stare of a golden sun rising over the waters of the Gulf with great anticipation, recalling the days of our youth and good times spent at the edge of the wide open sea. The patterns we generally fish in the warmest season begin to emerge with some consistency during this last full month of spring, providing us a glimpse of the predictably productive days to come.

In my years spent fishing the Baffin Bay/Upper Laguna Madre system, I've come to recognize several patterns which produce big trout in May, and I've caught some of my largest fish to date during the time frame. In 2010, on the 5th day of the month, I caught my longest trout—32.25 inches. Before releasing the glorious fish, I verified her length accurately, using a measuring stick on board the boat of a friend. I deployed a Paul Brown Fat Boy to trick her into taking a bite, working it along the edge of a bright set of potholes adorning an otherwise dark green, grassy flat in the Badlands.

Certainly, fishing verdant humps covered by shallow water can produce trout of epic dimensions in these bays this month, but I've found two other patterns somewhat more consistently productive during this time when water temperatures often rise above 80° on a daily basis. Both these patterns prevail most often in places where major structural elements lie adjacent to open basins, with a distinct margin separating the shallows from the depths. In many cases, prominent sandbars with long, linear edges provide the main structural elements, some of them studded with serpulid rocks.

In the eastern half of Baffin Bay, many places meet such a description, including the rock bar at Penascal Point, the sandbar between there and Los Corrallos, Black's Bluff, East Kleberg Point, the Tide Gauge Bar, Cathead, and the southern half of the Badlands. In all these areas, shallow water covers hard sandy bars, with rocks either lying in the shallows, or within casting range of the bars, surrounded by deeper water, or both. In May, no matter where the effort takes place, the best results always occur where copious amounts of bait, primarily mullet, provide hungry trout plenty of targets to try and take.

While the basic physical topographies of the places provide general context for the two aforementioned patterns, the details related to their variable attributes add nuance to the specific ways the patterns play out in time and space. In some cases, actively feeding trout work the edges and crowns of the shallow sandbars themselves, causing the mullet to huddle close together in gigantic rafts in the shallowest parts of the area. This happens most frequently during the night or early in the morning, when water temperatures and light levels fall to their lowest values.

At other times, hungry trout hunting around rocks lying within casting range of the edges of the sandbars force mullet to cover the tops of crusty boulders like canned sardines; they create dark shadows, like clouds, revealing themselves clearly to any angler with even moderately well-trained eyes. In places where long sandbars front basins without serpulid rocks, feeding trout usually cause their potential prey to move together in formations which resemble marching soldiers; long lines of mullet flow like rivers parallel to the structures, in depths of four to five feet. Frantically darting, jumping individuals breaking away from these lines often indicate the precise locations of pods of trout attacking them from below.

In any case, anglers who keep their lures dancing among the thickest concentrations of obviously fearful mullet usually catch more big trout than those who cast randomly, without paying close attention to the signals the mullet provide. In water temperatures typical for the month of May, this often means working a full-sized floating plug in the midst of the mullet, ideally causing them to physically move aside to allow the lure to pass by. Undoubtedly, trout lurking beneath sheets of mullet notice the movement patterns of the live fish and the floating plastic plugs, then attack the perceived source of the commotion.

In places where clouds of mullet crowd on the tops of rocks, earning strikes often requires working lures right over the rocks. Walking the lures alongside the rocks, even quite close to their edges, sometimes produces little or nothing, while pulling them directly over the rocks, knocking mullet out of the way, generates epic attacks. This was the case during the Troutmasters Classic of 2002, an event I chose not to enter, though I did go fishing. I caught a 29-inch trout on a Skitter Walk cast right into the middle of a clump of mullet atop a rock in the Badlands that Sunday.

The previous day, I made the other pattern pay, when I landed a 31-incher I suspect weighed 10 pounds, also on a Skitter Walk, pulling her from a flowing stream of mullet moving east to west in the depths within casting range of the southern edge of the Tide Gauge Bar. In both these cases, my lure caused mullet to scatter as it passed through them, after I placed it deliberately in the midst of a visible pod. Of course, trout don't always strike floating lures as readily as others worked lower in the water column.

This month, and in the hotter ones to follow, anglers often find faster action on soft plastics if and when the daily topwater drama dwindles and fades. From mid-morning into the middle of the afternoon, soft plastics on light jigheads worked closer to the bottom earn more strikes than all lures worked closer to or directly on the water's surface. My customer Adrian Valdez proved the truth of the previous statement just before 10 a.m. on the morning of May 10th, 2018, when he urged a 31-inch trout to take a glittering soft plastic with a chartreuse tail. He hopped the lure close to the bottom right in front of the windswept face of a large serpulid rock in the Badlands to make his case.

His catch adds a layer of complexity to what generally feels like a simple tale. In May, anglers hoping to catch giant trout in Baffin Bay often look for massive concentrations of mullet in places where sandbars and rocks lie in close proximity to one another. Early in the day, they cast topwaters right into the middle of the melee, bringing them right over the rocks where they're present. Later in the day, after the mullet scatter and the vigor of the bite wanes, those same anglers switch to soft plastics and place them as close to the edges of the rocks as they can, hoping to urge reaction strikes from less-active hunters.

For the last two decades, these truths paid big dividends for me on trips made into the revered and celebrated waters of Baffin Bay and the Upper Laguna Madre, which recently suffered negative impacts from the sobering and deadly freeze of February. Certainly, many creatures failed to survive those bitter days. During the coldest part of the prolonged chill, I went out with a friend and rescued stunned sea turtles, partly because it felt so right, partly because I wanted to force myself to look at creatures facing a fate worse than mine. The dull, tired eyes of the helpless turtles threatened to haunt me.

After witnessing such devastating events, it's all too easy to become negatively focused on what we've lost. Naturally, we feel sad to see so many fish, birds and other creatures cast forever into the abyss of oblivion by the cruel breath of Old Man Winter. But in this month when hopeful people have danced and sang for centuries, looking forward to future fertility, I will do the same. To find my saving grace, I choose to focus on the marbled, ornate beauty of the patterns which adorn the shells of the turtles whose lives I helped to spare. And I offer words I first published more than a decade ago, which seem perfectly poignant now...

I hope to catch many more trophy trout before I die. I wish to overcome their grand, unpredictable attempts to defy my desire to control them. I also intend to photograph them before sending them back to their shadowy world under the glare on the waves, preserving their iridescent beauty for all to see. Truth is, if we could look close enough into our photos, into the eyes of the trout, we would recognize ourselves in reflection.

I pledge to relish the transience of every sunrise as if it were my last and to pause to consider the miracle of the living things I'm lucky enough to glimpse as we press our faces into the winds of time.  Let me interpret the plaintive cry of the coyote at dawn as a wakeup call and breathe deep the smell of mesquite and seagrass beds. Let me learn from the gaunt, still form of the hunting blue heron, whose patience and stealth provide models for a wadefisherman to live by.

Let me leave many ephemeral footprints where the sugar-sand shorelines of the Father Island kiss the crystalline waters of the Mother Lagoon. And someday, when all evidence of my passing here has washed away, let it be said I did everything I could to honor and preserve these priceless places and enchanting things.


Three Top Topwaters
In this video, the captain explains prime times and situations which favor the use of three different topwater lures.