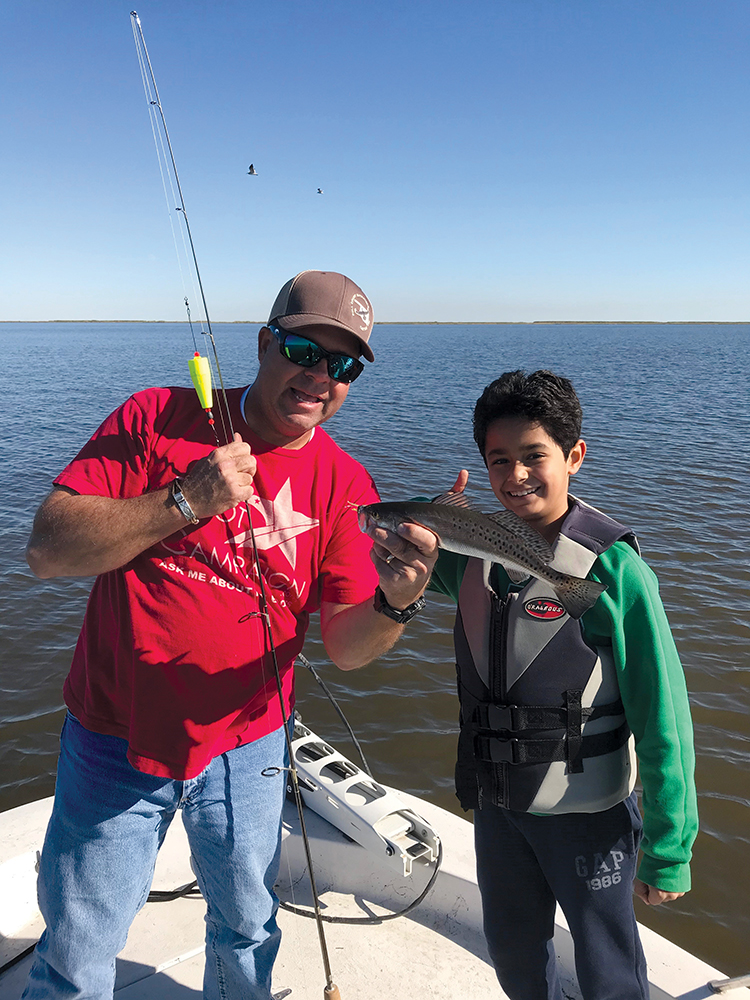 When you no longer get excited about catching fish or sharing the experience it’s time to find something else to do.

I have always held a belief that everyone, at some point in their life, should work in a service industry, if for nothing else than just for the lessons that can be learned. Being a fishing guide is no different. You are a service oriented business and the best customers are happy customers. Easily, most of the best advice regarding fishing, guiding or just angling in general, came from my long time mentor and friend, Dickie Colburn. Perhaps one of the most influential bits of advice he shared with me was, “You have to treat every day on the water with a client as their special day because tomorrow they will go back to their life and you will be back out here on the water. You may not remember that trip in five years, but they will. So keep that in perspective.”

I think about those words often and time after time they ring true. Too many of us, myself included, get complacent about the sport in one way or another. I think to myself every time I see a post on social media about a trout or redfish from another state or bay being classified as a “trophy” while the same fish would likely be dismissed as merely a “solid” in other places by other anglers. It’s a shame when this happens because it inevitably turns into a chest-thumping session where nothing good ever comes of it. Maintaining a healthy appreciation for the fish and keeping complacency out of the picture sets a great example for other fishermen to follow. For years I have told my clients that the day I do not get excited about a quality fish is the day I need to sell my boat.

Another example of perspective that comes to mind often revolves around water clarity. On the upper coast our definition of good water is very different than that of our friends to the south. On occasion I get folks who frequent the bays on the lower coast and one of the first things they get nervous about is water clarity. A common question when they first see our water is, “How in the world are we gonna catch fish in that stuff?” I can completely understand where their questions come from when you compare the water they normally fish to ours, it’s night and day most off the time. Upper coast fishermen are perfectly fine with less than a foot of visibility while most lower coast folks wouldn’t dream of wetting a hook in such nasty stuff. Again, it’s all about perspective and neither side is really wrong or right because each one has valid points and concerns.

Speaking of off-colored water, I got a fantastic lesson one day from a client who helped me put water clarity in a better perspective. While making some long drifts in some deeper water along the east side of Sabine Lake, I made the comment that perhaps we should look for some better water after our bite slowed down. My customer, who was a commercial lake and pond manager, asked me what I didn’t like about the water we were fishing as he knelt and filled an empty water bottle from the lake. I told him the visibility was bad and waited to see what he might say. He held the bottle up to the sunlight and said, “Look through this water instead of looking at it – the way a fish does. It’s not nearly as bad as you think.” I was blown away when I considered the clarity in those terms. An eye-opener for sure. He went on to explain several scientific factors that contribute to this way of thinking such as sunlight reflection, turbidity, as well as others that supported his point. With a sly smile he announced, “Off-colored water scares away more fishermen than fish.” That lesson has served me well ever since.

As for right now, and for trying to put things in perspective here on Sabine and Calcasieu, I can say we’ve had a very angler-friendly winter and early spring. I know just as soon as this goes to print we will catch another freak of nature ultra-polar ice or snow storm, but for the time being we have dodged the winter bullet. The current water conditions couldn’t be much better on both bays and the outlook for this month just continues to get better.

Most fishermen are currently focusing on one of three programs. First is the deep water bite over shell along the channels. Soft plastics in 4” models fished on the lightest jigs you can stand is a solid spring pattern. Option two would be redfish along the shorelines and near the marsh drains during tide changes. Small crankbaits and swimbaits are top choices. Last, but certainly not least, is the hunt for big trout. So far I haven’t seen or heard of any really big trout, meaning 7 pounds or better, but I cannot believe that trend will continue. The water conditions and warmer temperatures will certainly kickstart those bigger fish into more activity and that will mean more big bites for those willing to chase them.

I truly hope that this spring will see Sabine finally turning the corner and transforming back into something resembling what it once was. The last several years have been mighty tough on both Sabine and Calcasieu but the immediate future looks brighter than it has for quite some time. I know I’ll be happy with any type of positive progress. Get out there and enjoy it, and take a kid fishing!