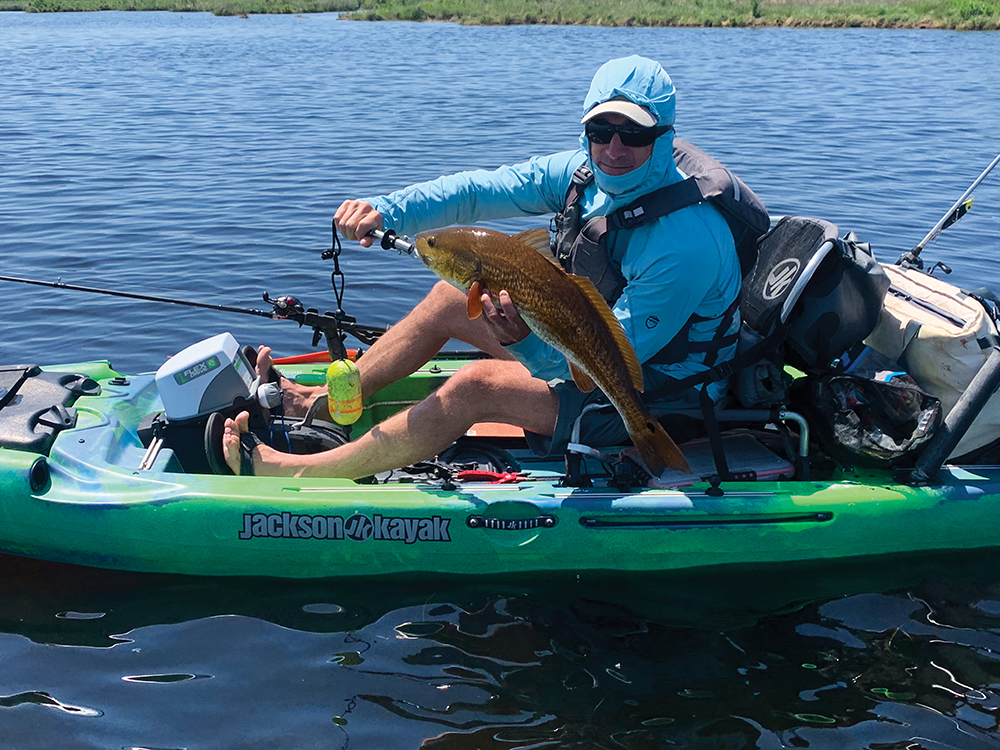 If you are a regular reader you have likely read my Snooktopia stories. I have been traveling down to south Florida for years now in hopes to catch a few big snook. Well the trip I made last year was a success and it is always good to see old friends. While having lunch with the group, we started talking about the incredible opportunities we have to catch redfish. Little did I know, on their side of the coast, the redfish population is not even a fraction of what we have. So we made the decision right then and there that they need to come to Texas to see what the hype was all about.

I created a Facebook page so that we all could communicate and get a solid plan together to try and put them on some decent reds. I knew that if they really wanted to experience some of the best, we should meet halfway and go to south Louisiana. Fortunately I knew of such a place and it caters to kayakers. We ended up setting a date and picked Pointe Aux Chene for our meeting place. Between the great fishing, accommodations, and the friendliest owners anyone could ask for, it was truly a no-brainer.

The time came and I had everything loaded up and was headed east for a few days of fishing and catching up with old friends. I got there late but my buddy Josh and his dad were already on the houseboat trying to catch a few trout under the lights. Josh’s dad had driven down from Oklahoma and this was his first time to experience anything like this. We caught up and talked about what our plans were going to be for the next day and what areas we wanted to hit.

We crawled out a little after daylight and decided to hit the water. My plan was to stay close to the house because my brother was going to be showing up around noon. No worries though, I knew a few ponds I have hit in the past and was eager to see if there were any fish hanging around there. I eased into the pond and could not have been greeted with better conditions – plenty sunshine, almost no wind, and clear water. I figured I would take advantage of the situation and decided to pick up my fly rod and have some fun. Fishing started off slow but once I got to a stretch of shore that was covered with grass, it was on! I must have caught well over a dozen redfish in about a 100 yard stretch of this pond. By this time, I knew my brother was near so I headed back to pick him up.

I grabbed him and we headed to another pond that I have never been to but it looked promising on the map. We began catching right where I left off earlier. This time I was throwing a gold spoon and, of course, my brothers favorite Rat-L-Trap. We enjoyed the day and kept a handful of fish for dinner and figured it was time to head back to start cleaning. There were also a few more people getting in throughout the day and I was curious to see how they did.

Once we finally made it back, the people that got on the water were able to pick up some decent fish throughout the day making Day 1 a success for everybody. After getting everyone together, I realized that there were a few new faces that I have never met, although they had been posting on the Facebook page. One of those faces was Ben Friedman, who flew in all the way from California. He had set himself a goal of catching 100 species of fish before he turned 40 and black drum, sheepshead, and redfish had not been checked off yet. He caught his first red that day and that made 99. Besides them, Bart and David were the last group from Florida that were still on the road and were not going to make it in until late that night.

The next morning we woke up to completely different weather conditions. The clouds had moved in and along with that, the wind started to pick up heavily. These are never easy conditions to fish but we all made the best out of it. Needless to say, most everyone cut their efforts short but this only means one thing – party on the patio! We ended up putting the music on, soaking some live mullet and hoping to catch a few crabs for dinner. After it was all said and done, we had one of the best meals that the Louisiana marsh can provide: blackened redfish, boiled blue crab, and homemade dirty rice. I’ll put that meal against any five-star fishing lodge any day of the week!

On the last day of fishing, my buddies from Florida decided to drive around and try the Cocodrie area. Conditions were better than the previous day but they still weren’t great. Ben came and asked me if I had room on the boat that day and I told him to hop on board. This was the first time he ever got to fish off of a raised platform and he quickly understood why we do it. We hit a few ponds and saw several fish but they were acting very spooky. Eventually though, Ben hung into a fish and lucky for him it was a black drum. That completed his Hundred Species quest and he was overwhelmed with joy to accomplish it on the trip. The fishing got better later that day and it was a great way to conclude the event. We headed back and at dark the Cocodrie crew arrived to announce they’d had a rather tough day but managed to land a few nice reds.

The following morning was Sunday and the wind was still blowing pretty good. My brother decided to head home and my buddies from Florida did as well. They had a long drive ahead of them and after paddling in the crazy wind the past few days, I couldn’t blame them. I asked Ben what his plans were and he mentioned that he was staying another night as his flight home wasn’t until late Monday. I invited him to jump on the boat and we’d fish a few hours. We struggled at first but around noon every cloud disappeared and the wind completely stopped. As soon as this happened we started to see fish and they began to eat. We caught several and it was an awesome experience to get to share with someone who had never experienced sight-fishing.

Other than the weather, I think it was safe to say that we had a great time down in south Louisiana. We were blessed with a great location on the bayou, great food, and great friends. I am really thankful for everyone who made it down and am already looking forward to next year’s Redtopia.