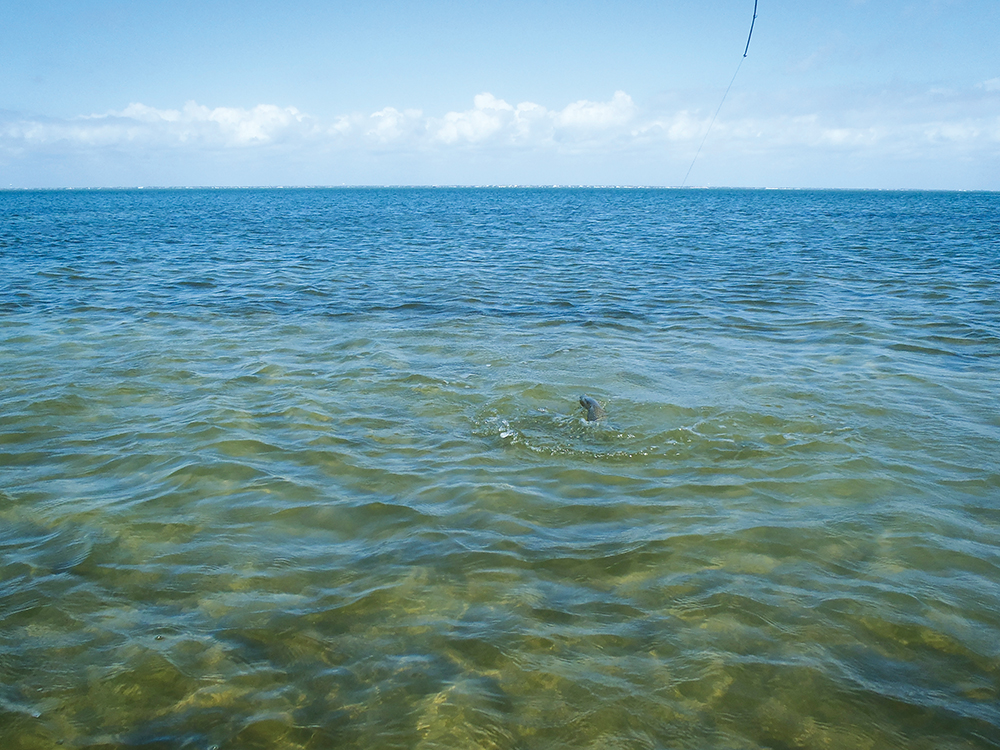 Seems quite a few enjoyed my “C’mon Man” articles in the past and have been asking for more. So I’ll preface this month’s piece with a few notable incidents. First let me say that while all of these are true, names have been omitted to protect both the guilty and the innocent. Everything I mention here is meant to entertain and educate – so please don’t be offended.

One of the all-time best was the group that showed up with zero of the things my e-mails told them they’d need. They did bring an ample supply of beer, though. They looked puzzled when I asked if they could read. “My e-mails,” I said, “Did you read them?” They replied that a guy at the bar the night before said they did not need all that stuff to catch fish at Rockport…C’mon man!

Had a guy show up on a cold December morning with a brand of waders I didn’t recognize – probably because they were made before I was born. He said they were old but thought they’d still work. First step out of the boat, the dry-rotted left leg pulled off, and the right one let go on the second step…C’mon man!

Years ago a guy showed up to wade in flip-flops. I told him that wouldn’t work except maybe on hard sand. Problem was, there wouldn’t be any. Around midday we saw some reds working shallow over scattered clump shell. I instructed him NOT to follow us. He came anyway and darn near lost a big toe…C’mon man!

Then there was the guy so hungover that he threw up all the way to the fishing grounds and slept half the morning. When the morning coffee finally kicked in he waded in flip-flops to a small island for privacy. Good plan, except that the leeward side of the island is a knee-deep bog. Business done and flip-flops left in the mud, he did the breast stroke across shallow water with heavy shell bottom all the way back to the boat – with his feet sticking up out of the water. It was hilarious but…C’mon man!

A guy and his wife brought their dog on the boat and fed it deer sausage all morning; then were furious after a long wade to find a steaming gift waiting in one of her Crocs. Good boy, but…C’mon man!

The guy that tied a knot between every fish on his stringer to keep them from sliding back and forth. Hell to get them off…C’mon man!

Anglers that show up with less than half a spool of line on their reel…C’mon man!

The guy that asks what lure you suggest and then holds up a purple Diving Border Jumper and wants to know if it’ll work. Then acts put out with you when he doesn’t catch anything…C’mon man!

Had a guy burn between me and my waders one day. I was already in the boat and made the comment to the guys that he was going to run the school of reds right to us, which he did. I wanted a photo of the boat running too close for one of my articles – to demonstrate that boat traffic can actually help sometimes. As I was making the photo the guy driving the boat started flipping me off…C’mon man!

The guy that wanted to tie rattling corks to his ankles to attract trout while wade fishing. Same guy wanted to weld a pitch fork to his lower unit to stop grass clogging his low-water intake. You’re killing me, but…C’mon man!

The company that added a seat to a piece of PVC so you could sit while wade fishing. Hell, just stay in the boat, and…C’mon man!

The ladies will appreciate this; husbands that buy their ladies the cheapest fishing gear they can find…C’mon man!

Sunscreen smeared like mayonnaise in a guy’s ears and nostrils. I say guy because I’ve never once seen a woman do this. Drives me absolutely crazy. Buy some clear gel sunscreen or wear a Buff, already…C’mon man!

Oh, and asking if you can borrow some sunscreen. Like your gonna put it back in the tube at the end of the day…C’mon man!

Finally, last one, I promise. Somehow forgetting that the freedoms we enjoy are not free…C’mon man!

On to fishing: Fishing continues to be very good most days with water continuing to remain clear despite 80-plus water temperatures. I have enjoyed more days of sight-casting this year than ever before.

Early in my career I knew little about the speckled trout’s affinity for shallow water – spent most of my time along shoreline drop-offs and mid-bay reefs. Yeah, I caught them wading shallow back bays during winter but never put two and two together until many years later.

Now, in Texas, when someone talks sight-casting, they’re usually talking redfish. Over the past several months I have enjoyed some terrific sight-cast days and I’m not talking redfish here...I’m talking trout!

While we typically find a short window during the spawning period and the cooler months, these fish have stayed shallow since early this spring. Windward spoils and shorelines mostly, so consistently that I have actually been able to predict the areas and times of day when our chances will be the best. Just last week I had a group of men and women that enjoyed an afternoon of seeing, casting to, and catching numerous 22- to 24-inch trout over shallow, white sand in air-clear water.

It seemed that every fish we hooked would have several other large trout following her. If you were quick enough with the follow-up cast, another solid fish could be hooked immediately. We observed several 28- to 30-class fish that trailed behind one already hooked.

When my boys and I would fish this way, as soon as a fish was hooked, the other two would quickly reel in and cast alongside or slightly behind the one hooked. It’s not as easy as one might think but the boys were very good at this at an early age and still are. Ryan and I tried to get him a STAR trout this way for years.

I recall one year when I had several really heavy 30-class fish located. On the day we went, Ryan immediately hooked up in the potholes that had been holding the biggest trout. The fish made a strong run and broke the surface in the dim early-morning light. It acted like a redfish but I said it sounded like a trout. Sure enough, a redfish of nearly 8-pounds cruised headlong toward us. When it turned sideways, a much larger and darker shadow eased up behind and alongside. That trout was much larger and wider than the red. I did not cast knowing it did us no good for me to catch it. Many more days were spent in the area without a sign of that fish and that is what makes it so special when we do catch one of this size.

Right now, today in fact, we caught fish in that same area, sight-casting in the shallow, clear water. I key on windward shores and areas where bait seems to be holding throughout the day, as well as day to day. Long casts and slow-grinding wades are an absolute must. My best results come on clear-bodied lures. You may use whatever you have confidence in, and maybe give my suggestions a try if yours are not performing to your liking. Midday to early-afternoons are my favorite times. The sun is high enough to see the fish and make accurate casts to them.

Accuracy is paramount. Too close and they spook but will settle if you can keep them in sight and make a longer, accurate cast. I saw one today that was too close but she did not spook. I watched as she eased across the shallow sandbar behind me and then into the deeper gut. A quick underhand cast to the opposite side of the gut and out in front of her heading was greeted with a crisp thump. Quick reel down and sharp hookset was rewarded with the tell-tale headshake and white water on the surface. This has to be the best feeling in the world. Nice 24-plus fish that was quickly released.

I have also noticed that singles can be much harder to catch versus a pair of fish. Add a couple more and the success ratio might climb as high as 90% if you can make the cast. Fish that are moving from side to side around guts, potholes or grass beds are hunting and they’ll eat. Stationary fish are very hard to catch but I have found a tactic to work well at times.

Cast at a slight angle to a stationary target. Draw the lure away quickly when it comes within the strike zone. Many times the trout will react positively, turning and showing interest, but not enough to strike. Now it’s all on you. Flip the lure right back at her, slight angle again, and drop it just out in front. Many times you’ll see nothing but a puff of sand and a thump on the line. It is super rewarding to make it happen rather than simply allowing to happen. This tactic also works very well on finicky redfish.

I am so excited to see what we have been finding the past several months in our area. Our fishery looks to be everything we thought it might be following Hurricane Harvey.