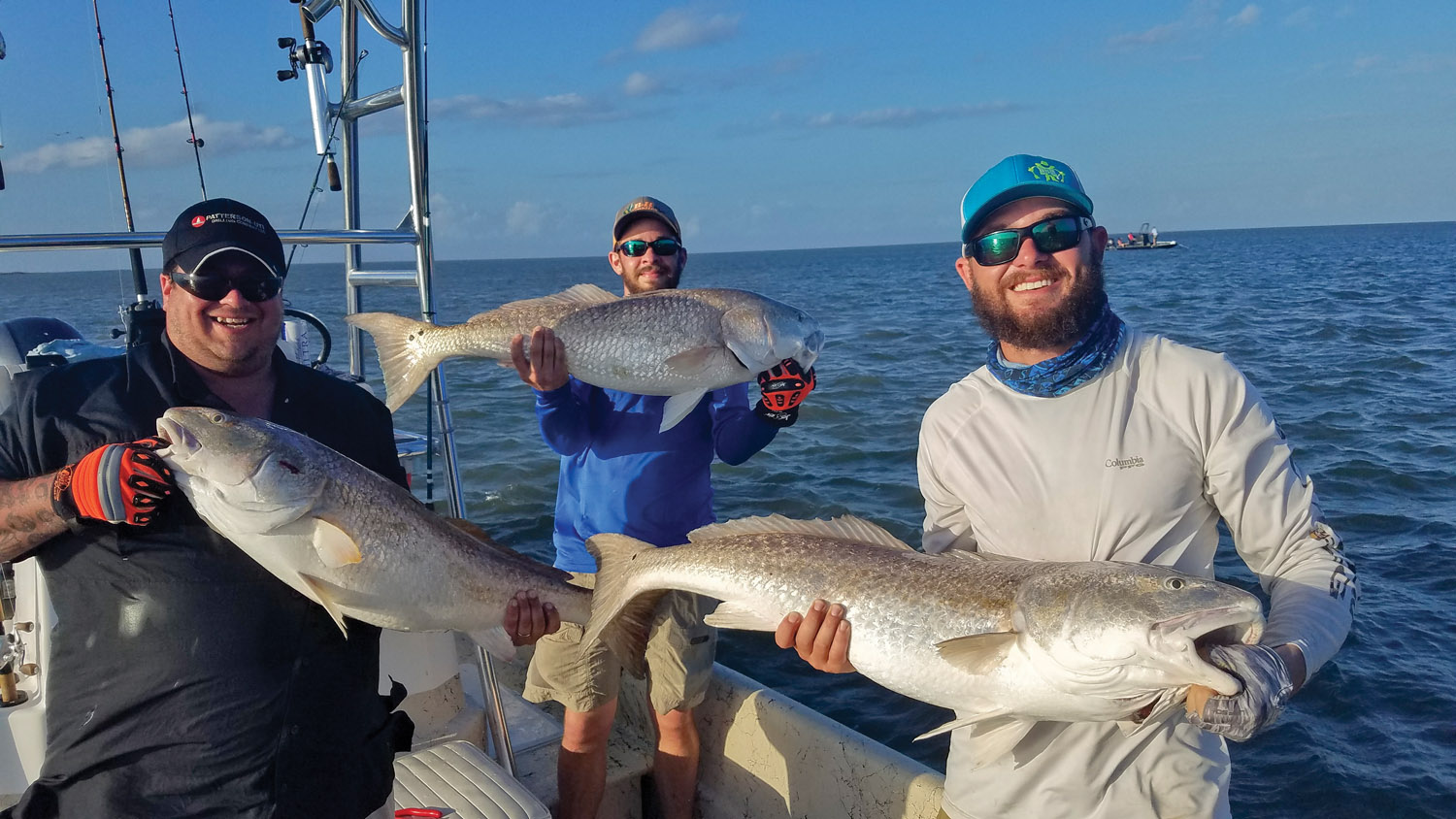 The reds joined the fun at Kyle's bachelor party.

Once the winter season sets in I have lots of time on my hands. I still fish, but not as often or as seriously as during warmer months. Don’t get me wrong, the fishing is still great, but I’m just not as motivated. Reflection of the previous warmer months and planning for the ones ahead receives much of my attention.

Each successful fishing trip on a boat depends on a series of checks and measures. Day in and day out there are many things that can go wrong on the water. Safety is always paramount and reducing the opportunity for failure or accident is of the utmost importance.

Murphy’s Law or genuinely bad luck can prevail and preparation may ease some of the disappointment and discomfort. Minor equipment failures can often be repaired with minimal tools and spare parts carried onboard. Most failures involve fuel delivery, electrical connections or failed mechanical connections - nuts or bolts, and the like. Simple on the water repairs can salvage the day and help keep you out of harm’s way.

That’s quite a list some may say, but it has been born of necessity. I’ve either used all the above or needed them a time or two in the past 30-plus years of boat operation.

The fuel filter and wrench are a given, everyone should have these onboard especially if they travel offshore. The complications experienced from ethanol-blended gasoline are inevitable.

I change this filter at every 100-hours of service, but often much sooner. I run my engine enough to notice slight decreases in power during operation. Almost always this is due to water captured in the filter.

You never know if water might be getting into your boat’s fuel tank from the filling station. Water accumulation in your fuel tank can become suspended due to rough water wave action, for sure.

I carry my spare fuel filter, filter wrench and most of my other tools in a 4-quart plastic Rubbermaid tub with snap lid. The tub doubles as a spill containment collector when changing filters on the water.

I’ve spun three hubs and slung a blade off a prop once. Each time I was fortunate enough to have a spare prop to replace. One time I dropped the prop spacer in the mud at my feet in waist deep water never to be found again. We finished the fishing trip but the vibration and rattling from the prop shaft area was nerve wrecking. I was lucky it was only a spacer and not the prop shaft nut. I soon purchased an extra nut, spacer and cotter keys (or lock-tab washer as might apply) to carry in my spares kit.

Use a new cotter key and the Vise-Grips when removing and replacing. Lock down the key so it is not lost when worming it back into the slot. Always attach a safety line to your tools and parts when working over the water. The leather gloves help protect your hands from the razor-sharp trailing edge of the stainless propeller.

Well, this is self-explanatory, good to have in case you have a bad battery or if you need to give another boater a jump. Another situation I’ve encountered was being stranded once when the engine would start and not stay running once jumped.

Apparently, it was an electrical issue between the engine and batteries since all other electrics onboard worked fine. The trim switch worked but was very weak and the starter Bendix gear would not spin up to engage the flywheel.

After getting back on the trailer I found it was a bad ground cable running from the engine to the batteries, under the console. In the rigging tube the ground cable rubbed the exterior coating off which caused terrible corrosion internally.

The possibility of puncturing a fuel line or developing a leak is not a common problem but certainly possible. Leaking fuel can cause a terrible mess, environmental contamination, and be a dangerous explosion hazard, to say the least.

I once had a triggerfish puncture a fuel line near the stern by the engine. With the engine running and fuel line pressured up, there was a steady stream of gas spewing out. We had to improvise quickly – 40-miles offshore. So, we removed the stainless hose clamp on the fuel line coming out of the fuel filter housing. Luckily the fuel line was shrunk down on the filter housing outlet. The fuel was dried off the hose on the outside of the leak, wrapped leak with electrical tape, and tightened the clamp around the taped hole. The gas still leaked some, but was minimal compared to what it had been.

Cutting the fuel line in two pieces and reconnecting with a 3/8” brass splice barb would be a quick and safer fix on the fly. Wire ties can be cinched down tightly with the help of pliers in a pinch, or better yet, carry a few spare stainless worm-type hose clamps.

Lastly, I would like to mention battery maintenance. This power plant is often overlooked and taken for granted until there is a breakdown. It should always be checked for adequate charge, secure mounting, and tight, clean connections.

The first thing that should be done on a boat is to replace battery wing nuts if they are used as connectors on battery terminals. These are a big NO-NO. Vibration is a given on boats and they will eventually loosen. Replace with quality nylon-inserted stainless steel locknuts and coat liberally with dielectric grease or a corrosion inhibiting/water displacing lubricant, such as Corrosion-X.

Hopefully the tools, spare parts list and stories I’ve shared about mishaps will help someone in the future. Cheers to safe boating and successful fishing outings in 2018!