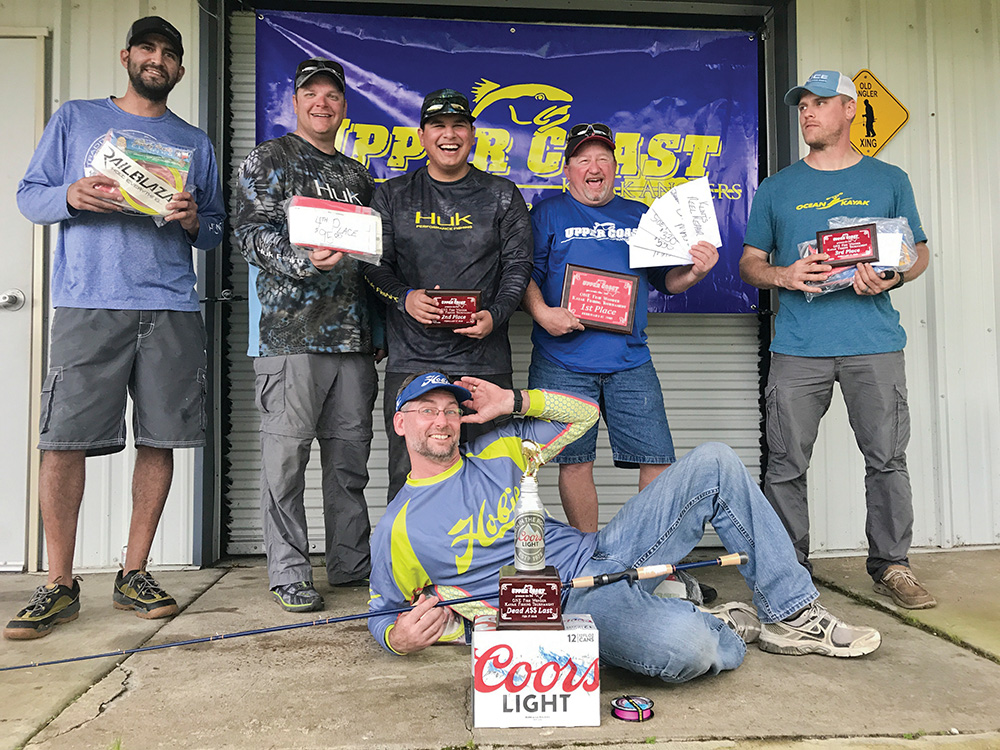 If there is one thing I have learned in my life, it is that being from Texas, we gauge our four seasons slightly different than others. We know that winter is over when the geese head back north and the pecan trees and blackberry bushes start to bloom. We also don't need a groundhog to tell us if we are going to have six more weeks of winter – we have mosquitoes and they do a fine job of telling us that warmer weather will be here soon!

Along with the warmer, longer days, my internal switch begins to forget the cold, bitter days of scouring flats in search of trout and I start to focus on redfish in the backwaters. Now that my focus has shifted to a different species, it is time to start putting a mental log together and creating a pattern with the fish.

Tournament season has begun in the kayak world and my desk calendar is littered with upcoming dates and locations of series that are being held along the coast. It is finally that time of year again and I could not be more excited about it. I am already one tournament down and have several more to go.

One of the major factors when it comes to tournament fishing is preparation. You need to have all your reels in top working condition, a good stock of your favorite lures and, of course, a few fish pinpointed. Usually around this time of year is when I sit down, tear my Diawas apart and clean them. When you have to make your days count on the water, you need your equipment to be in the best working condition.

Another necessary thing is to have a good stock of lures in your bag for that day. One thing I like to keep extras of are popping corks. I usually head to Fishing Tackle Unlimited and will clear the rack. These are one of the few items that will come in handy once you start to catch several fish on them. Redfish are true brutes and are really good at tearing things up; popping corks included. After catching a few, the wire on the cork will start to bend and, after a while, it will not pop correctly. Once they have been bent, I always just count it as a loss and I know it is better to grab a new one.

During the SETX Shootout last October, I had a really nice redfish break the wire on a cork I had been using for several trips. It was a hard lesson to learn but from here on out, I will be changing them regularly.

So far this year, I have fished one tournament and it was an awesome way to begin the tournament season. The Upper Coast Kayak Anglers held their first tournament back in February and is a great event for everyone. They hold a "One Fish Wonder" competition where all anglers bring in just one slot redfish. This is an easy way to start and all that it takes is one good bite and you can receive a check.

For the few weeks prior to the tournament, I spent several days on the water searching for the place I wanted to fish. As the day got closer, I was torn between my "A" spot and "B" spot and it was time to make a decision. At spot "A", I have consistently found fish along a certain stretch of shoreline but the numbers where not there. However, the fish I did find there were the right shape and length. At spot "B", I was finding plenty of fish but the tournament quality I was looking for was not quite there. Normally, for a two-fish event, I would stick with a spot like this and weed through the numbers in hopes to find the right fish, but with the style of “go big or go home” I decided to fish spot "A". I figured that this would be the best spot to put me in a situation to be on the leader board.

Early that morning, I launched and was near where I wanted to start. I began to throw a Corky around some scattered shell and was not having much luck. After a few hours I began to start seeing some mullet jump and knew there had to be a few fish around. I finally switched over to a popping cork and began to work the shoreline. Not much longer after that, I made a few pops and down my cork went. I landed a nice red and I was happy because I had my one fish to throw on the scales. The rest of the day went by and that was my only bite.

I arrived at weigh-in and this is always where the true fun begins. Camaraderie is one of my favorite aspects of tournament fishing – the stories and the winding down after a long day on the water. There were some really nice fish brought in that day and 21 out of the 25 fish were alive and released! My one fish weighed a little over 6-pounds with a live bonus – good enough for the middle of the pack.

Regardless, it was a great day to be on the water and like always, a fun event to attend. I also plan on fishing a few of the Lone Star Kayak Series, the new Rudy's Redfish circuit, and a few more in between. I am looking forward to the coming year of competition and hopefully we will see familiar faces and some new ones at the scales.