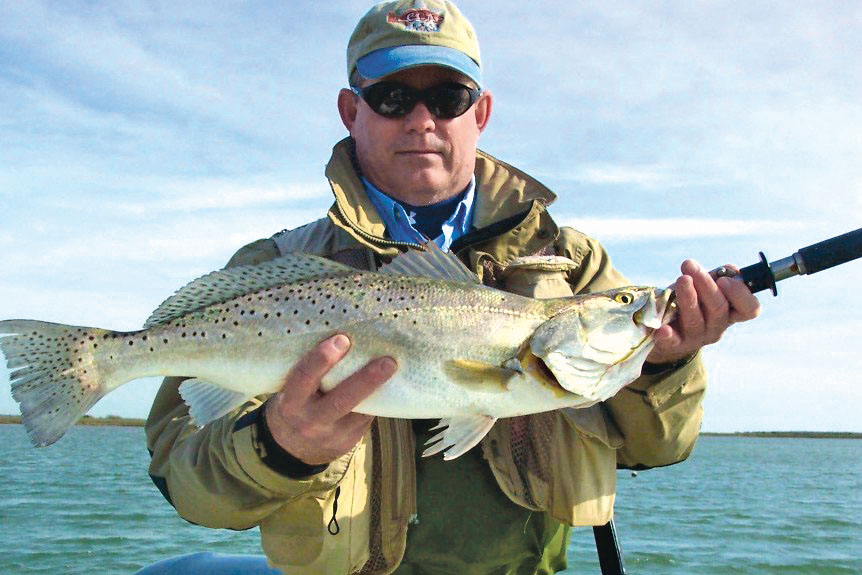 Winter beauty, from the Spaulding area.

In February, the key to locating good numbers of fish is mud, plain and simple. Sometimes I think "bog" may be a better word. The baitfish love it and so do the fish that eat them. Most anglers hate it and many just cannot physically do it, so it leaves some great areas for those that can. I personally try to stay in good physical condition just so I can have the best shot and tremendous winter fishing.

A question I am asked often is, "What makes some coves or pockets so much more productive than others?"

I suppose the first thing we need to learn is that not all boggy-bottomed areas are created equal. As a hunter, you must be able to recognize the subtle differences in the boggy areas that you find fish in verses those that seldom produce the results we are all looking for.

Let's consider another species for a second. Deer travel along edges and prefer to use creek bottoms and draws that run close to feeding and bedding areas. Even though the fish we seek are predators and deer are not, they still need similar contours to travel to and from feeding areas. Add food to our equation and fish are sure to show during tidal flows that coincide with major and minor solunar feed periods. In the following paragraphs I will describe what it is that I look for this time of year for locating both numbers and quality of trout and redfish.

I seldom fish the major bay shorelines during the months of February and March in the Aransas Bay Complex. Instead, I focus my efforts on coves or pockets that make up in the heads of our back bays. A cove must have the following in order for me to have confidence it its ability to consistently hold fish.

First, the cove needs to have some type of gut that runs along its shoreline or a slough or creek that dumps during tidal movements or during run-off periods. The tidal movement carves a deeper trough in the cove. This slightly deeper, and most of the time softer, gut region holds warmer water and allows a good highway for trips to and from the feeding grounds.

Second, the cove must have either scattered shell or scattered grass beds surrounding the guts. This bottom structure allows for ambush points. A platter sized clump of shell or grass quite often holds one or more fish.

Third, I prefer a cove that has an area of grass or shell of significant size up tight to the shoreline. This allows fish to stack up over the structure during higher tides and false tides associated with strong NE or ESE winds. It also allows for a terrific area just offshore of the structure for fish to stage during lower tide periods. The above structures have a tendency to concentrate bait and gamefish.

Concentrations of gamefish will more times than not create competitive feeding patterns. This is simply a greed thing; it plays in my mind like this. One fish slowing grubbing along the mud gut might or might not hit what I have to offer during NON-FEEDING times. She is not hungry due to having already fed throughout the night. Add a couple of traveling companions and suddenly the "I want it just to keep you from having it" mode button is pushed. I have seen it happen a thousand times when the water clarity allows. It is greed and survival.

The other advantage to my scattered structure in the coves theory is that it allows for solitude. Big trout are especially fond of separating and having their own little piece of ground. We know this by fan casting in such coves. Too many times, I have fished in a complete circle, catching a fish or getting a bite on every piece of bottom structure I could cast too.

I try to NEVER penetrate the sweet spot in the cove. Fish instead around the targeted area, concentrating on the edges. As fish exit the feeding grounds, one can experience slow but steady action even throughout the non-feeding periods, but if you have already spooked them out of there, you'll never have the chance to catch them.

Coves with mud guts are probably my favorite. These are the hardest for most people to fish; better yet, they are harder for people to find. Once located, wading is the best way to truly define the gut and familiarize yourself with its design. After this is accomplished, it is a waiting game.

The large majority of the fish that feed in the cove will use this unseen gut to travel to and from the feeding area. By positioning yourself to within casting distance of the gut, a day grind is set in motion. It takes a tremendous amount of confidence to stand in an area such as this and continue casting and waiting for hours.

It has been my experience that baitfish activity increases as predators draw near. Many have been the times that I have been given a heads up on a fish's approach by an increase in bait activity around my targeted area. You can even call the shot at times.

Another important aspect to working the bog is not working it; confused, do not be. What I mean here has to do with your approach and your movements once in the bog. I want to move around as little as possible once fish are located. If you fish with me, you know I always say a bite stops everyone, not just the one that got the bite.

If you move around too much you create unwanted noise and vibration in the water. With this movement comes the stirring of the bottom. Add some wind and current and your mud line might drift into the area of structure you are casting to. I am not sure this always hurts but if the fish are there when you get there, they obviously like the water the way it is. Change this for some reason and it might affect your chances.

Talking, in my opinion, DOES NOT spook them. I talk a blue streak most of the time. I am probably the only guide that has to put sunscreen on his tongue. Just a few days ago, I listen to my son Jay Ray and his fishing partner and Uncle Todd Adams the F.L.W. ANGLER OF YEAR in 2006, tell jokes, laugh, and whoop it up all while catching eight trout that weighed over 41-pounds in Speedy Stop Stores Port O'Connor Bash.

In shallow, air-clear water, on a calm day I believe we should be quieter; but in the bog with overcast and 15 to 20 mph winds you can get away with a little more. The noise we create under the surface of the water signals the fish to our presence more so than the noises above.
Another problem one can encounter while fishing in the bog has nothing to do with anything other than physics. The bigger the boy the deeper the boy sinks into the bog, so common sense and a sense of self-preservation is required. If you are a big ole boy, you need to be cautious. If you are out of shape, beware. In addition, if you have heart related problems, you need to use a float tube, a kayak, or simply stay in the boat and drift.

If you are like me and get stuck anyway, you need to know how to get out. First, inspect the bottom and see how deep the bog is before wading off into it. Second, never fight the bog. If your foot is stuck, lay your shin and knee flat to the bottom and pull or slide forward. Put your rod in your mouth if you are afraid of getting it filled with saltwater and mud. My Waterloo rod is so light I hardly notice it in my mouth Ha ha!

The more surface area you place against the bottom, the less you will sink. Third, when the first step into the bog lands you up to your thigh on that leg, abort the mission and move to an area in the cove that is a little firmer, if there is one. Fourth, never fish boggy areas alone. If you are stuck badly your friend can float the boat to you and you can use the boat to pull up on. I sucked a man out of his waders one time after having to pull the boat in to him to free him for the slop. Had he been alone it would not have turned out very well if someone had not come along. The bog can be great fishing in the winter months but it can also be dangerous if you are not prepared.

When it comes to my lure selection, it is simple. I prefer suspending baits that are mostly clear in color with self-implanted rattles or factory made. I like the Mirrolure Catch 5's, the 7M series, Tsunami Cork Lures and the original Paul Brown Corky and Fat Boy. Add to this a lightweight super sensitive Waterloo HP Mag in 6' 6" and you're ready to do battle.

These slow-sinking mullet imitations can be cast great distances with Power Pro's 6X20 braided line. Distance is a key when dealing with air-clear water. All of the above tools can become an awful lethal weapon when placed in the right hands. With this in mind, remember to practice catch and release on all of the big fish you catch that are not a personal best and taken to mount.