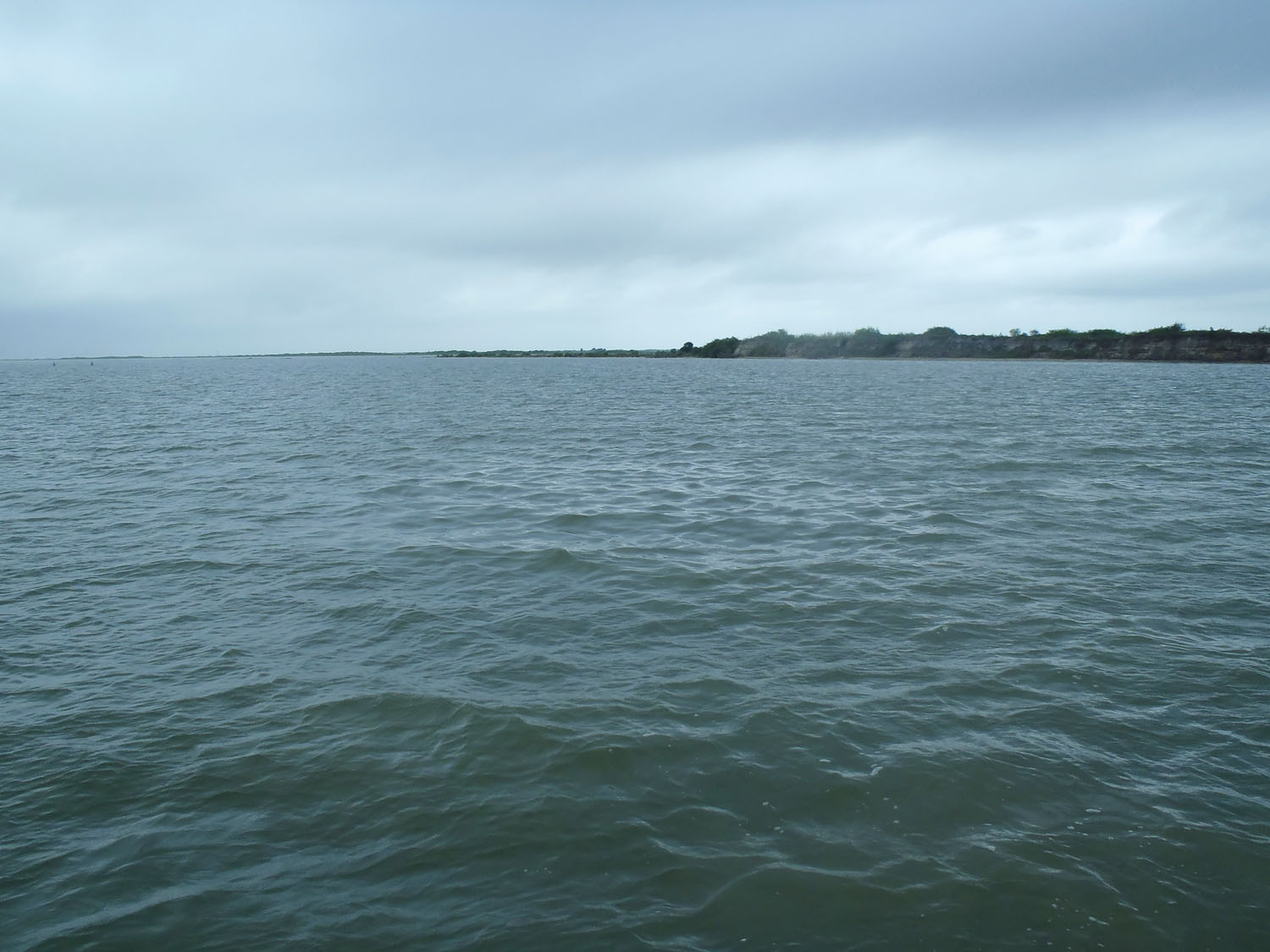 Not sure how well it’ll show in this photo, but there’s a nice slick popping on a windward spoil. Notice the second small slick forming just to the right of the larger one.

Slicks can be one of the surest signs of fish presence. They are also perhaps one of the most misunderstood. You often hear fishermen mention slicks and we catch fish in areas where slicks are prevalent. But not all slicks are created equal. That's the tricky part.

A slick is basically oil floating on the surface of the water. It is shiny and sometimes gives off an odor or fragrance. Speckled trout are famous for making slicks because of the way they feed gulping down shrimp and small finfish, they also ingest some water. Shortly, they regurgitate or burp the water from their stomach and with it comes tiny fragments and oils of a prior meal, and the oil floats to the surface. I jokingly tell my clients that the slicks we are looking for are actually trout burps and farts...they slick from both ends. Their waste products are oily, too.

But trout are not the only species that make slicks. I won my first IFA Redfish Tour tournament working a school of reds that were popping slicks over a muddy grass flat. Flounder make slicks, and so do hardhead catfish and gafftop. Skipjacks will slick when feeding aggressively on menhaden and glass minnows.

Here's a funny story about slicks. In my early guiding days I used to run Estes Flats early in the morning, dropping Frito's or Lay's chips along the way, hoping that anybody following me would stop and begin fishing. A chip makes a slick just like a trout and they even smell right sometimes. I thought it hilarious when they fell for it but gave up on it after an elder gent at the dock one afternoon asked why I didn't fish those slicks. He said he couldn't pass it up and began drifting the area–and caught a limit of trout. As luck would have it I struggled that day. I took it as a sign that God was trying to tell me something.

Slicks that I feel confident are being made by trout are most often found in areas where good fish-holding structure is also present. Along the middle to lower coast it's usually along windward shorelines, spoils, or mid-bay reefs. The first sign I trust that the slicks I'm seeing could be made by trout is location typically shallow and over submerged grass or scattered shell. Bait is usually abundant and of the right size and species for the season. Right now it is menhaden and slicks from trout feeding on menhaden give off a distinctive smell. Try taking a whiff from a trout's open mouth you just caught. You can learn to detect what they are eating. I do it quite often.

Even if a slick was made by a trout and has a sweet watermelon smell, you must get to its origin. Tossing a lure into a slick stretched long and skinny by wind or current is not where you will find the fish that made it. Look upwind or up-current. A slick that has just popped that's where the fish are. I fish shallow most of the time and slick origin is easier to pinpoint in shallow water. It can be tougher in deeper water or when strong currents are present, places such as Cedar Bayou or ship channel spoils. One thing is always certain though, the exact origin of a slick that smells like trout will be some distance upwind or up-current by the time you can detect it by sight or smell.

I refer to small slicks that pop shallow as "platter slicks" because at the point of origin they are about the size of a serving platter. On windward shorelines these shallow slicks may be visible for only a short time before they are driven to the bank. These are usually made by fish feeding in the first or second gut, the deeper troughs that lie parallel to the shoreline. Guts offer great ambush points for predators to lurk in slightly deeper water that has very close access to the food source. It is fairly common to see mullet cruising skittishly atop the sandbars between guts, avoiding the predators.

When we see slicks popping in areas of gut and bar structure it is easy to take a position that allows casts to be made upwind or up-current to the area the fish are actually holding in or moving through. I have seen guys chasing slicks and casting frantically, believing that the fish that made the slick is still swimming under it.

Slow to dead-stop is the way I like to fish these types of slicks. Once a line is established, meaning that multiple platter slicks have appeared within a certain zone, be patient and let the pattern continue to develop. You know for certain that the fish you're trying to catch are present and are eating the bait you're seeing. Keep your bait in the area and something good will eventually happen. I have a tremendous amount of confidence in this pattern as long as the water is not much more than butt deep on me.

Is one slick the sign of one fish or many? It can be both and what I mean is that it only takes one fish in a wolf pack of five or six or more to burp up a slick. I know this to be true for two reasons. Many times, in fact most of the time, when my anglers are close together fishing slicks and one hooks a fish, the other angler hooks up as well or at least gets a take. The second reason is that in our clear, shallow water I can actually see them and many times there will be numerous trout together. Just this morning when I got out of the boat and within twenty minutes had seen eight or ten slicks pop along the shoreline down in front of my guys, I was not thinking eight or ten fish; I was thinking something like forty to sixty.

So what about the wade when we see numerous platter slicks up tight to the windward shoreline. Bait is abundant and water is being moved by both wind and incoming tide. The smell is almost sickening sweet but no fish are being caught. My take is that that they have already fed and are sleeping off a big meal. This is evident by the slicks, and trout have a hard time slicking on an empty stomach.

We can do two things. Hang around and grind it out until they feed again. Or, if your patience is too short for that, leave the area very quietly so as not to disturb them and come back later. My vote is to stay and grind it out, but again, you have to be sneaky about it. If bait is holding in the area and weather patterns remain constant, I believe the fish will not leave the area on their own. Why would they? Everything they need is right there with them. The above described scenario is extremely common during the spawn and around each full moon phase.

To me, fishing slicks is one of the easiest ways to locate fish, given that you can interpret what you are seeing. You know what they're eating and the structure type that's holding them. Some of the best areas that I fish today, even when fish are not slicking, I discovered when they were slicking.

I hope this gives you a little insight into how I play the slick game. The slick is just a sign as to the presence of fish in general. The location, time of year and season can tell us a whole lot about what types of fish might be making them. Best way to truly know is to always get out and fish them.

May your fishing always be catching. –Guide Jay Watkins